SOTN challenges any reader to verify any of the key statements in this “Obama, Biden & Haspel arrested” report.

SOTN challenges any reader to verify any of the key statements in t... 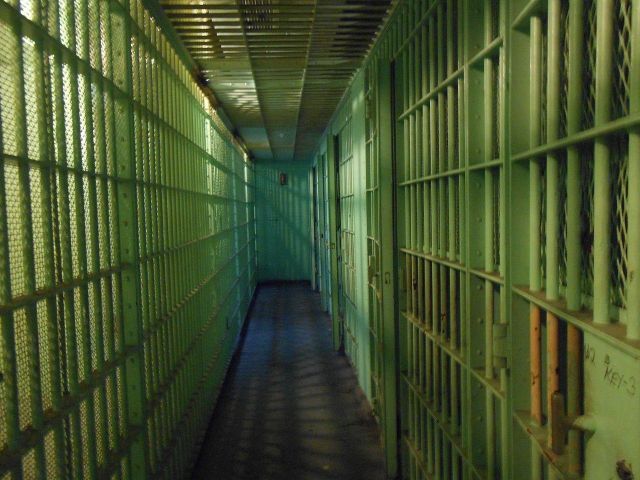 Evidently Barak Obama has been arrested in Hawaii and charged with Espionage according to an announcement by Assistant Attorney General for National Security, John C. Demers on Saturday 28 Nov. 2020.

That same day Obama’s former VP Joe Biden began wearing a boot that could hide an ankle bracelet, although he claimed the boot was due to an ankle injury. Two weeks ago CIA Director Gina Haspel was captured and detained on charges of Election Fraud – and said to be spilling the beans on Obama and Biden.

Obama, Biden and Haspel were suspected of colluding with foreign powers including the Chinese Communist Party, plus promoting the use of Election Fraud, to put the socialist leaning and compromised Biden/ Harris ticket in power, overtake the US government and establish a New World Order.

Obama’s complaint alleged that the former US President compromised US security by conspiring with a business partner and former CIA agent to give US government classified information to high up Chinese intelligence officials in the People’s Republic of China (PRC).

Biden was reported to be under house arrest for compromising US security by conspiring with a foreign power to interfere with a US Election. Although, Biden was quite upfront about his Voter Fraud on national TV, saying right before the election that he had “compiled the most extensive Voter Fraud organization in the history of politics.” https://www.youtube.com/watch?v=WGRnhBmHYN0

Biden’s son Hunter’s laptop was said to contain evidence that Biden was compromised, having accepted millions of dollars from China, the Ukraine and other countries during his years in public office, including his eight years of serving as Vice President of the US.

Months before the Election, the Ukraine had issued a warrant on Biden for his dealings there – news which like everything else connected to the Democrat Cabal, never made it to the Left Wing Mass Media headlines.

Haspel’s, Obama’s and Biden’s alleged arrests were said connected to an extensive investigation of massive Voter Fraud issues centering around Dominion Company servers and the 2020 Presidential Election that Biden claimed to have won.

On 7 Nov, the Saturday after Elections, CIA Director Gina Haspel was captured and detained for Election Fraud. She was injured by US Spec OP’s forces that raided a Frankfurt Germany CIA server farm site. Unfortunately five US soldiers and one of the CIA mercenaries were killed in the firefight.

Haspel, evidently in Frankfurt to protect server data that would incriminate Deep State leaders such as Obama and Biden, was said to be cooperating to lessen her own sentence and revealing information about an extensive Voter Fraud scam perpetrated by Democrats in the 2020 Election.

The Military raid captured Dominion Voting servers, which were found to have swung votes from Trump to Biden from their locations in Germany, Canada and Spain. Simultaneous raids took place in Toronto (Dominion Voting System headquarters) and Barcelona Spain (another CIA Scytl server farm used in the election vote switching fraud).

Although you would never hear about it in today’s Mass Media, the connections were obviously there. George Soros was head of the Board of Directors for Dominion. Since the Nov. 3 election, a boatload of evidence has come forth around George Soros-owned, CIA-developed Dominion Voting Machines that tabulated the US Election results. The tabulation was done on easily compromised servers in Germany, Canada and Spain which were hooked up to the Internet. The Dominion programs were said to be designed to throw millions of Trump votes to Biden.

In 2002-2004 a Hammer Supercomputer Scorecard app vote switching algorithm software on Dominion machines was borrowed from the CIA to be used in Venezuelan-developed Smartmatic vote switching software by dictator Hugo Chavez and Venezuelan military officers in order to rig elections.

A judge has imposed a “media blackout” in the US on news about the arrest, but Canadian outlets like Conservative Beaver and a couple of Spanish speaking newspapers were not subject to those rules and have reported on the high profile arrest.

Under direction of General Michael Flynn Mass Arrests were continuing on over 209,000 sealed indictments filed in federal courts across the nation since President Trump took office. On Wed. 25 Nov. Flynn began executing high level arrests overseas and was presently after pedophiles in the Netherlands – the New World Order and Council of Foreign Relations headquarters – where recently, a lot of planes have mysteriously crashed. Henry Kissinger and others have been ousted from the Council of Foreign Relations.

Military rendition flights were all over the US. It was said that hundreds of treasonous actors were being extracted, put onto flights and interrogated until they turned, with an emphasis on finding evidence of voter fraud. These Military flights were increasing in preparation for potential Antifa violence and RV release security.

For years Democratic Party and some Republican political elites apparently have been working in cooperation with the Chinese and other Communist Parties to overthrow the US government and set up a New World Order. Trump and the White Hats of the Alliance set up the 2020 Presidential Election as a Sting to catch these bad guys in treason – with intelligence gathered by “The Kraken.”

On Wed. morning 4 Nov. right after the Election, the Department of Defense, 305th Battalion and NSA began recording real time fraud evidence of vote switching from all six Battleground states (GA, PA, MI, WI, AZ, NV) in a blockchain tech ledger that was un-hackable and undelete-able. This real time digital evidence would now be used to prosecute all Deep Staters involved in Election and Voter Fraud – including Obama, Biden and Haspel.

Page 9 of Sydney Powell’s Federal Lawsuits filed in Georgia and Michigan midnight Wed. 25 Nov. 2020: “The Dominion software was accessed by agents acting on behalf of China and Iran in order to monitor and manipulate elections, including the most recent US general election in 2020.”

On Tues. 1 Nov. Lt. General McInerney Tweeted: “It is TREASON. They are trying to overturn this government.”

Military Control, 11.3 Verifies As 1st Marker, The End Won’t Be For EveryoneThe [DS]/MSM have now…See More
2 hours ago
0 Comments 1 Favorite