We have been told by the scientific community that most major species of animals have been discovered and categorized, that few if any cryptozoological creatures actually exist and are simply mythical. Even though we actually know less about the ocean floors than we do about the surface of the moon still skepticism persists even though scientists can be bought off when it comes to research to make inaccurate claims such as “Global Warming” for political purposes.

In the arrogant refusal of science to accept the possibility of previously unknown species one may recall the Coelacanth, an ancient prehistoric fish being caught off the coast of India in 1938. Thought to have been extinct for 65 million years several since then have been caught and studied from several oceans of the world. Currently other unproven yet regularly reported species of animals still remain unconfirmed such as the Loch Ness Monster, Sasquatch, Champ, giant squid, the Kraken, and Mokel Mbembe of the Congo, thought to be surviving dinosaur in Africa.

Recently ground penetrating radar deployed from an aerial point of view has revealed some astonishing features of the Antarctic continent never before discovered. An abundance of underground fresh water lakes have been electronically mapped. Most people do not realize that the Antarctic is actually a large mountain range replete with underground lakes buried below 2 miles of snow and ice for 15 million years. These are pristine environments where biological development of the indigenous species of marine life have existed unmolested by the efforts of man. Perhaps the only unspoiled natural environment left on earth where life exists as it was before the massive extinction of life occurred during the asteroid impact that ended the era of the dinosaurs.

A number of weather stations, research facilities, and ports are located all over the frozen expanse of the Antarctic continent. These are the scientifically managed developments of those nations who have chosen to undertake such projects on the frozen southern ice cap of the earth. It is here that the Russians have apparently discovered a new species related to octopus and squid. Yet, there is a very disturbing difference! Specimen 46b as the Russian scientists have labeled it, is a very different form of Cephalopod. A much more menacing form then has ever been encountered perhaps ever before!

It took a Russian scientific research team 2 years to drill down through the 2 miles of ice in order to reach the underground water known as Lake Vostok. Much like the core sampling that has been undertaken to measure earth’s atmosphere over the centuries, the Russian scientists first cored down into the age old ice layers and then widened the tunnel enough to accommodate one man at a time to be lowered down into the underground waters via an elevator mechanism. Much like the underground elevator that transcends the limestone rock at Carlsbad Cavern taking tourists 750 feet below the surface. The Russians found a way to achieve a 2 mile deep descent into a 15 million year old fresh water lake undisturbed until recently. 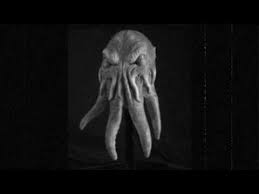 Taking biological samples and analyzing the unique fresh water required the scientists to suit up in a heated diving suit. The temperature of the water at freezing is kept from becoming solid by geothermal activity. Cold enough to cause convulsions and stroke in minutes, the work was dangerous. The divers first observed what they described as a larger version of a known species of Octopus but with 14 tentacles instead of 8 as what a typical Cephalopod has. Then there was a nasty surprise. The cloud of ink normally emitted by the typical squid or octopus is used for evasion but organism 46b has an ink that is so venomous that it can kill from 150 feet! To make matters even worse the enlarged head contains a huge beak capable of slicing its prey into pieces like a pair of deadly scissors.

The Russians claim that they were over matched at first and two divers were killed attempting to capture Organism 46b! However, with more assistance and the proper methods the frightening new species was captured. According to the Russian team they had to fight for their lives before finally subduing the ancient Octopod. What seemed to become the new objective of the research team was to analyze the poisonous ink of Specimen 46b in order to adapt its use for a type of military purpose. According to accounts Vladimir Putin was made aware of the peculiar find and its deadly nature and became intrigued. Rumors are that this potent toxic venom of Specimen 46b is being studied for use as a weapon.

In the Antarctic there are many curious facilities that were once limited to research only however Russia has pledged to keep a military presence there. One might recall that under Admiral Richard Byrd under the aegis of Project ”Highjump” in 1946 led a task force to the frozen continent supposedly on a scientific mission that ended in death and tragedy causing the flotilla to withdraw 6 months ahead of schedule. When the Admiral returned he testified to Congress that there was a dangerous military presence stationed there capable of deploying high speed flying disks that could reach the US in record time. He demanded authorization to use Atomic weapons in order to destroy the threat, supposedly a secret Nazi base. Now Russia is dabbling in the secrets of Antarctica. 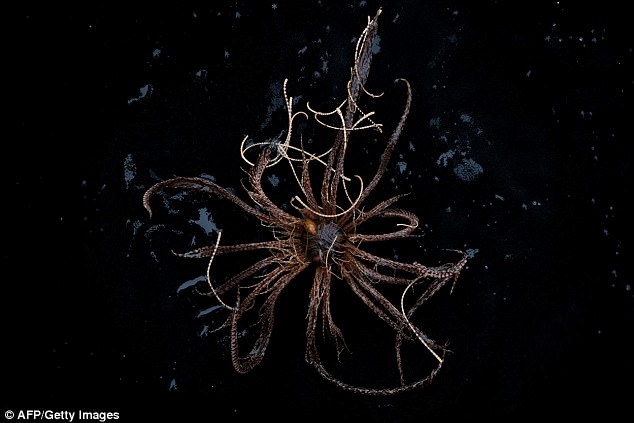 James You're right history is full of omitted facts and politically altered events.

The account newearth on Youtube, they have many vids indicating our understanding of history is, at the very least, incomplete.

The ones on Petra, Impossible Jewelry and the grid markings in the Siberian Forest are of particular interest.