The news comes four months after the US and Australia agreed to a closer military alliance during Barack Obama’s visit to Australia last year.

Aerial drones (otherwise known as unmanned aerial vehicles) are now a fixture of the modern skyline and the Cocos Island discussion is only the most recent mention of drones in the media.

The rise of drone technology is due largely to their flexibility – a drone need only be constructed to carry a camera for surveillance or a weapon. Not having to accommodate a pilot makes a huge difference to the design and, more importantly, the costs of building and running the machine.

While convenience and utility is driving the use of drones, important questions are being raised about their use for surveillance of civilian populations and in unmanned missions to target enemy combatants

The pathological expansive meddling of the NWO does not know any limits:
Obama Told Pakistan: US ‘Not Ready’ to Stop Drone Strikes  - 'No Fl...
- by Jason Ditz, March 29, 2012

BRAVE NEW WORLD: NEUROWARFARE AND THE LIMITS OF INTERNATIONAL HUMAN...

an anyone tell me what kind of threat do they expect at/from Cocos Island ? 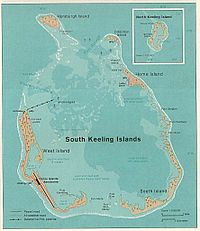 Unless of course it is just another chess move towards Iran, South  China sea and a pretty excuse to spend more dollars

The Bell Boeing V-22 Osprey is an American multi-mission, military, tiltrotor aircraft with both a vertical takeoff and landing (VTOL), and short takeoff and landing (STOL) capability. It is designed to combine the functionality of a conventional helicopter with the long-range, high-speed cruise performance of a turboprop aircraft. Wikipedia

havent seen/heard one around here YET....only thing around here were 2 Ospry v22's last Summer doing some landing and take off maneuvers in the back 40, noisy bastards, the night exercises @ 11-12pm SUCKKED ASS..lol

very indimidating the 1st time you see one in real life, rising up from the horizon w/ that hellashish sound and the behemoth size and look, thought it was from a "Terminator" movie.....imagine TWO of these, unbeknownst to you, 1st raising all out noisy hell, then visually rising up from your back yard horizon about 900 yards away.

Scared the hell out of me, I almost went into bug-out mode. Called a Neighbor who is like 70 and KNOWS everything about everybody around here and asked if he seen this and told me that it was already in the local spoon fed gossip sheet last week about it. Can't stomach reading that local rag here, because its always Happy, Sunny and Prosperous, Nothing wrong here!!! {Ivy Male College & also a University here, so everythings Rosy to these college pukes parents who subscribe to it ;)~ }

They already use these in the Continental U.S..... Have been for years.... They sound like an old model airplane from the 70s....