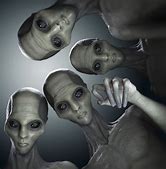 We are bombarded with information all the time. News from supposedly trustworthy sources by the 6 major broadcasting corporations that own 90% of the TV airwaves, social media, radio, word of  mouth, and then there is another source of information that we rarely remain awake enough to catch. This knowledge is passed on to us more subtly. Some call it a type of knowledge that is truthful and enlightening, but contrasts what the world of noise and meaningless chatter would rather we hear.

You might call it intuitive maybe even forbidden knowledge that is passed on to us in such a way that the message will not be filtered out or ignored like most superficial cross talk we hear all the time that has little content and is designed to mislead or preoccupy us as things we should not accept are allowed to go on hardly noticed. The government wants obedient worker bees who don’t ask questions. The progressives, the leftists, the globalists, want people devoid of critical thinking who will bend to the whim of manipulation and disinformation. Those who will unthinkingly choose faulty leadership. Those who will continue to participate in the vicious cycle of self-destruction. Those who will accept the clinical murder of babies, deviant sexuality, brutal intrusions upon our society by hostile illegal immigrants and so-called refugees. That we will vote for leftist prosecutors who will allow murderers to walk and old couples who run their little bakery to be persecuted to the full extent of the law because their beliefs do not support gay marriage and suggest that the same sex couple find another business who will make a cake for them, but no they must be harassed and beaten down instead.

These are the things that we must accept. Honor killings by Muslim families across America and the world going unreported yet whenever there is a terrorist act we are lectured on tolerance and told only radicals of that religion were responsible and that this does not represent the way most of them think and act, but opinion polling suggests something completely different. We are being trained to accept alternate reality that conflicts with objective fact. We are being manipulated by the airways to accept the unacceptable. The new catch phrase now is being a “global citizen”. Now you are being told that you are to help solve the problems of the world and if you don’t get involved you are a bigoted, self-centered, nationalist! If you don’t knuckle under to the pressure of accepting “Climate Change” as your religion something is very wrong with you!  If you don’t feel that there is constant racism going on at a record levels then you must be a racist yourself. These are today’s truisms, really just false narratives being constantly repeated by the media to influence us against thinking for ourselves! Having an opinion based upon fact in this day and age can be dangerous.

A number of years ago I ran into an interesting fellow who was an investment adviser by trade, but by night part time he was a hypnotist who specialized in regression hypnosis. People called upon him for therapy for everything from improving the sex life of a couple by using unconscious suggestion to stimulate responses to solving emotional issues that stemmed from abuse or post traumatic disorders. We had met at a seminar concerning higher awareness using unconventional means. I must admit it came at a time in my life when I was single parent trying to cope with a divorce and giving my four children all they needed so they would be happy and not feel cheated out of a normal childhood so I was exploring alternatives to other methods such as marriage counselors that don’t work. In following this path I met some intriguing people and compelling knowledge.

In his line of treatment using hypnosis he often obtained excellent results unless the recipient had a mental block toward the procedure or unless one had been placed there! He spoke of regressive hypnosis sessions where a woman, either single or married, would begin describing the shape of a UFO she saw as a child or later in life but for some reason did not share the experience or was influenced into not mentioning it! These women would be very specific about the time of day, the colors of the object, the way it moved through the sky, and whether or not there was some sort of mental contact. This line of thought predated the huge abduction craze that came to being in the late 1980’s and early 1990’s. Today many researchers are coming to the conclusion that the “Alien Abduction” syndrome is merely another form of demonic or satanic delusion rolled out to coincide with the new age of today’s technology so as to blend in. Author John A. Keel also concurred with this explanation. 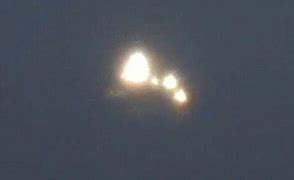 I recall when among the UFO contactee support group that I attended while writing a column for the Plano Star Courier that they were in touch with Karla Turner. She was suffering from terminal cancer at the time but still trying to treat UFO abductees for the mental and physical disorders they were undergoing. She had been part of a regressive diagnosis of one of the US Air Force Security officers present at the Rendlesham Forest Bentwaters AFB incident in which a UFO sighting occurred night after night involving a number of strike team personnel who came in contact with, what they thought was an alien spacecraft that had penetrated a Strategic Air Command base. According to what Karla Turner had reported of a hypnotic session with one airman, things had gone terribly wrong. Under hypnosis and reliving the experience the US Air Force officer began physically transforming from his human form into something else. Karla and her assistant began frantically reversing the regression to shut it down!

More than one directive

The support group was not only providing a service for those who thought they had been abducted, but were also looking into alternative cures or treatments for cancer to try and save Karla’s life so things within the organization were a bit tense. Once again, more forbidden knowledge to be acquired and analyzed. Sadly, Karla succumbed to cancer shortly after the frightening hypnotic session. 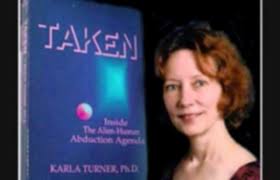 You have to be quick to catch on

More of this forbidden knowledge rose to the top while I was attending a North Dallas High school at a time before Jesse Marcel Sr. made a shocking confession to being part of the Roswell Incident. You might recall his testimony in witnessing and handling crash debris that was like nothing on earth he was familiar with. Being part of the 509th Bomb Wing and being a Major who had prepared a manual concerning the nuclear arsenal for President Truman, Jesse Marcel should have been able to identify any type of crash debris if he was part of a top secret US Air Force unit. Yet, forbidden knowledge came to me from the most unlikely source. 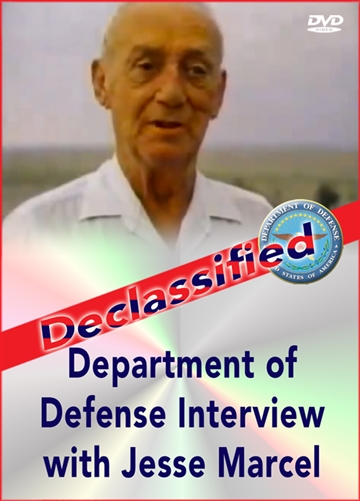 On the receiving end of what?

A kid in my class who was small for his age and rather sickly who went by the name of Brandon imparted an interesting observation that was very strange indeed. I filed away his remarks for later analysis at the time, but I took it right in stride despite the unlikelihood of what I was to hear. He was a smart kid. He used an asthma inhaler, wore his hair a little long, he wore glasses, and quite frankly looked to me as I think of him today, like the kind of nerd who would one day run a corporation worth millions just like a certain geek I’m aware of now known as Bill Gates and Microsoft. He and I were in class after hours. I was there for disciplinary reasons because I hated the school and most of all the social climbers, jocks, and red necks that went there not to mention the teachers who allowed these types to slide without being punished for the special brand of cruelty they unleashed upon others. I became somewhat of a class clown as a result. Brandon, on the other hand was making up some assignments he’s missed due to being out sick. 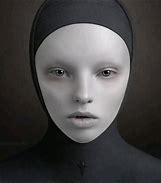 So here we are alone in the classroom on the second floor sitting there and occasionally talking about whatever when suddenly he popped a very intriguing question. He turned very casually to me and said, “Do you know why alien extraterrestrials are more intelligent than we are?”

I think I frowned when I looked at him and replied, “No,” with a very inquisitive tone.

The pitch that went right past me

He continued without batting an eye. “Because they have many more convolutions in their brains than we do.” We proceeded to discuss the anatomy of the human brain after that, but I didn’t put it all together at all. What was this kid doing with this kind of knowledge? Who was he being exposed to? What were his sources? Who was influencing him? He was a little odd admittedly and a little out of place, but very intelligent. I think he was largely overlooked because he was small but people simply were not on his plane of reasoning. I will reiterate that this discussion predated the Roswell UFO craze. Even though I had read a few books on the subject in the library during study hall I was neither obsessed with the subject nor a skeptic. It simply made interesting conversation at the time. So, who was this kid? Where did he really come from? He was indeed eccentric but likable. I still wonder to this day.

I wish I had had the forethought of finding out if his dad was in the US Air Force? Was his dad employed by a defense contractor? Was his dad working as a scientist for NASA? At the time there were a lot of such people in the Dallas area working for the federal government or as contractors who did business with them. Dallas was the center for several major defense contractors such as McDonald Douglas, Texas Instruments, and Raytheon. Perhaps a parent to a child attending my high school had passed on some unconventional information to their child or that kid had accidentally overheard or stumbled upon something beyond the normal realm of subject matter, but it all seemed a little more suspicious than that. Perhaps, Brandon had more access to the unknown than anyone could have imagined. The thought, hybrid, comes to mind. tjdavis favorited Doc Vega's blog post Going Back to The Family on Stand Up a Reaction To Mafia Purchase of Warner Bros. Reprise Records
6 minutes ago

tjdavis commented on Doc Vega's blog post Going Back to The Family on Stand Up a Reaction To Mafia Purchase of Warner Bros. Reprise Records
"http://picknmixed.blogspot.com/2011/10/exploding-stan-cornyn.html"
6 minutes ago

The One replied to The One's discussion Pedo Humans & Aliens Find Main Límit.
"Not bad to 1% Aiming. https://spectrum.ieee.org/amp/electromagnetic-warfare-is-here-2650271432"
59 minutes ago