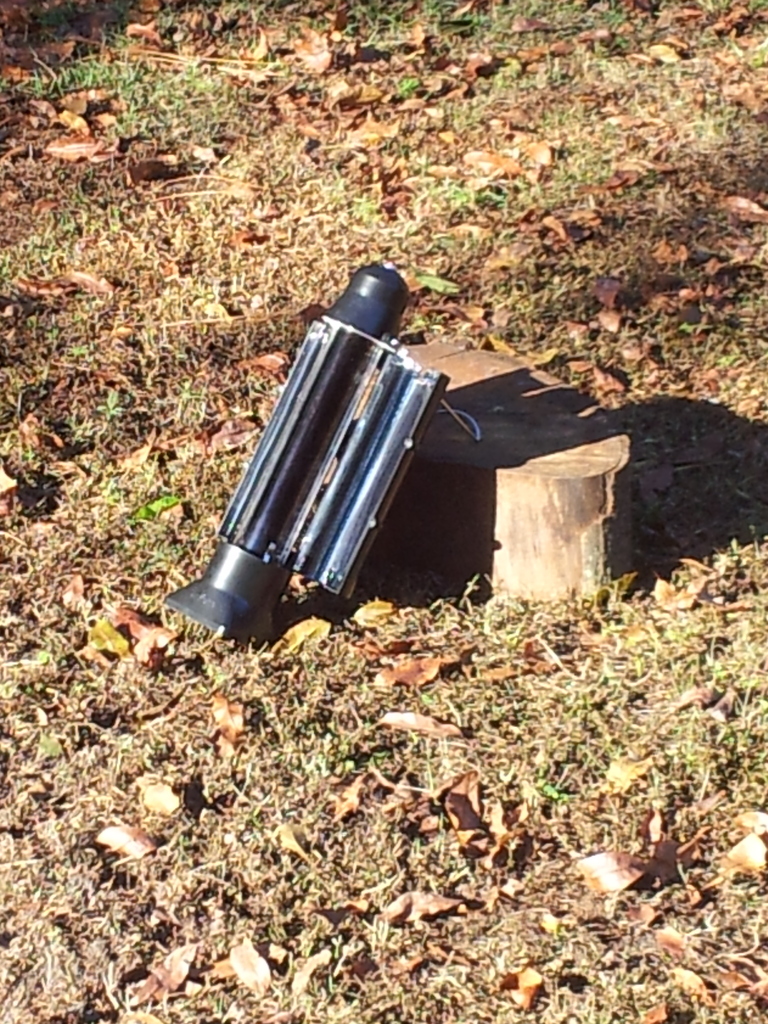 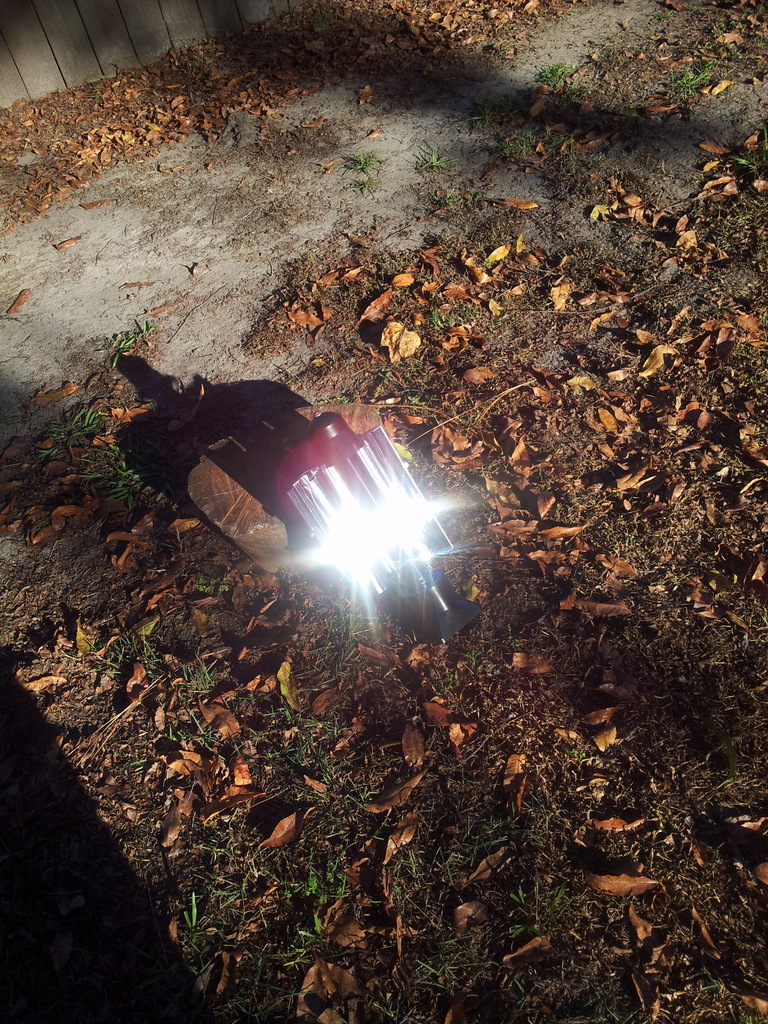 Commercially available portable solar water heaters are rare.  I did get my hands on a Sun Rocket Solar Water Heater and Thermos, and ran it through some evaluations.  So here are the specs, it holds approximately one quart of liquid, and heats it up inside a vacuum bottle much like commercial solar water heaters.  The housing is made of plastic and it is light. I ran two tests for comparison, based upon when it would most likely see use in the field.  Since the test was performed in my back yard, I used water from the tap that had a stable ambient temperature, in the field this might not be the case.  Each test was based on a two-hour solar exposure time, this is the average time I spend setting up or preparing things around the campsite.   The test was performed in coastal South Carolina in brisk weather conditions.  The morning test started at 9:00am, the ambient temperature of the water was 75 degrees F and the ambient air temperature was 37 degrees F. At 11:00am, the ambient air temperature had warmed by eleven degrees and the water inside the bottle had warmed to 138 degrees F.  This is sufficient to kill most waterborne pathogens with prolonged exposure to this temperature. The optimal exposure is 160 degrees F for fifteen seconds.  The afternoon test results produced a higher water temperature inside two hours, with an ambient air temperature of 61 degrees F and ambient water temp of 75 degrees F at 2:pm the Sun Rocket was again placed in direct sunlight for two hours. At 4:00pm, the ambient air temperature was 61 degrees F, but the water inside the bottle had reached 164 degrees F.

While the fit and finish could be a bit cleaner, the unit did perform to expectations. Being a glass vacuum tube design helps keep the weight down, but I would question durability in a rough environment, and because the reflectors open in an arc, caution should be exercised when looking in the direction of the unit when it is open.

"i agree. sounds like a setup. swollen nutz lol. I wonder about McGowen's true purpose"
9 hours ago

"He's one prick of a prat he is. If you're from Canada you know what to expect from him…"
16 hours ago

luggnutz commented on luggnutz's status
"I'm trying to post a blog. Constantly getting blocked."
18 hours ago