In denying future hearings over President Obama's unconstitutional presidency, the Supreme Court has showcased its lawlessness and legitimized the most blatant assault on the US Constitution ever. 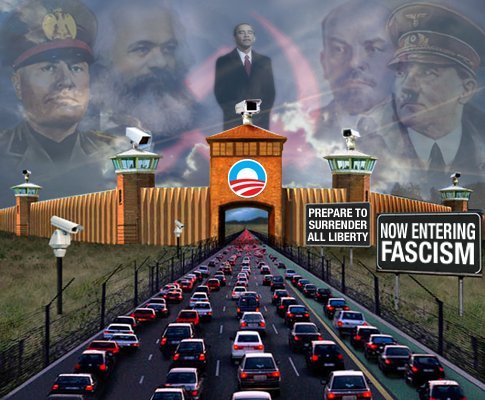 The Supreme Court refused without comment to hear an appeal over thequestionable citizenship of Barack Hussein Obama. As a result the court declared that Alan Keyes, Wiley Drake, and Markham Robinson could not appeal a previous ruling which denied them the standing to challenge the President’s citizen status. You might remember that Alan Keyes ran against Obama in Illinois.

Although the Supreme Court is the only authority that can rule on Constitutional issues, and establish legality based upon that premise, it is the Congress and only the Congress that can decide whether or not a presidential candidate is lawful or ineligible. To date, there has already been a petition given to Congress calling upon them to carry out their duties under the US Constitution and decide that Barack Hussein Obama is actually ineligible to serve as president of the United States of America. It is the Congress that is given the ultimate authority of determining the eligibility of any presidential candidate from any party.

That Alan Keyes, Wiley Drake, and Markham Robinson were denied standing does not mean that the court acknowledged that President Obama is fit to hold office under the interpretation of the natural born citizen clause. But, it does deny the parties who sued Obama from having the right to claim harm as a result of Obama being elected. This also does not establish that Obama is indeed eligible under the US Constitution, it merely states that the individuals trying to bring the law suit before the Supreme Court could not show that they had suffered any harm as a result of Obama’s inauguration as president of the US. However it does not challenge the validity of his right to hold the oval office.

What the Supreme Court fails to address is that each and every American has been harmed by the unconstitutional conduct of President Obama and the fact that he has falsified federal documents in order to conceal that fact. The US government is now operating illegally in plain site of the Congress and public and yet our court system fails to prosecute and uphold the Constitution. This is what is happening to America under the lawlessness of the Obama administration.

Let us be clear on the question of standing, the term used by the Supreme Court to refuse hearing a case. Standing is a procedural ruling that without deciding guilt or criminal cause, is a refusal by the court to schedule a trial. This can be a prejudicial judgment by the court by deciding who they allow the right of due process of law to. In denying standing to Alan Keyes, Wiley Drake, and Markham Robinson, the Supreme Court was refusing to perform its duty in upholding the Constitution while denying the claimants the right to remedy their allegations. This is an intentional dereliction of duty to the point of criminal negligence on part of the Supreme Court Justices who handed down their decision to deny standing. This is the unbelievable road block to justice that has been erected by our court system.

What this latest reprehensible act  against the American people says is that we, the Supreme Court, will stand in the way of citizens seeking a Constitutional remedy to the corrupt acts of their political leaders. This is indeed a dark time in the American legal system and the Republic.

In denying further hearings into the questionable identity and fraud committed by Barack Hussein Obama, the Supreme Court didn’t just harm the rights of Alan Keyes, Wiley Drake, and Markham Robinson, they injured the Constitutional representation of every American citizen. History will reveal that at no other time in the past has American law and inalienable rights been unashamedly spit upon as they were when this decision by the courts was handed down.

Oh, and when Obama goes just watch all the chicken shit Democrats flock to another leader to save their own asses. Now that would be funny to watch.

Thanks for your comments. You are right we are fighting their wars! We need to get rid of that arrogant bastard not only him but when he goes so do his czars, his cabinet, and his appointees. Then we can work on the rest of the machinery!

Time to pay the piper'   I am starting to not even get surprized anymore .. nothing will change as long as the military keeps protecting them and fighting there wars .. it has been unconstitutional for a long time ..http://www.usavsus.info/  :(

There needs to be waves of people doing this, Joe Arpiao and crew up next, and they got more evidence!!

People need to realize this bastard has fooled us all and we need to continue to show this prick isn't here for We, The People, nor is this assclown even an American.

"Hey Kea, I completely reject that thought ,these guys are shedding the so called variants caused by…"
2 minutes ago