Texas officials have warned residents of some communities near Houston to stop using tap water because it might be tainted with a deadly brain-eating microbe.

The Texas Commission on Environmental Quality warned the Brazosport Water Authority late on Friday of the potential contamination of its water supply by Naegleria fowleri.


The commission issued an advisory warning people not to use tap water for any reason except to flush toilets in Lake Jackson, Freeport, Angleton, Brazoria, Richwood, Oyster Creek, Clute and Rosenberg.

Those communities are home to about 120,000 people. Also affected are the Dow Chemical works in Freeport, which has 4,200 employees, and the Clemens and Wayne Scott state prison units, which have 2,345 inmates and 655 employees. 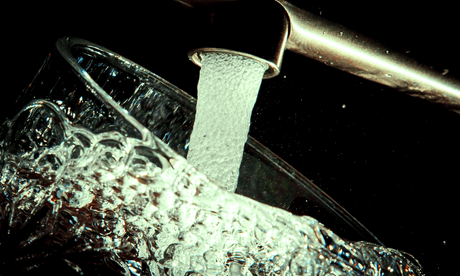 The advisory will remain in place until the Brazosport authority’s water system has been thoroughly flushed and tests on water samples show the system’s water is safe to use. It said in a statement that it was unclear how long it would be before the tap water was safe.

The Brazosport Water Authority’s water source is the Brazos river.

Naegleria fowleri is a microscopic amoeba commonly found in warm freshwater and soil, according to the US Centers for Disease Control and Prevention. It usually infects people when contaminated water enters the body through the nose, from where it travels to the brain and can cause a rare and debilitating disease called primary amebic meningoencephalitis.

The infection is usually fatal and typically occurs when people go swimming or diving in warm freshwater places such as lakes and rivers. In very rare instances, Naegleria infections may also occur when contaminated water from other sources, such as inadequately chlorinated swimming pool water or heated and contaminated tap water, enters the nose.

The contamination of US treated public water systems by the microbe is rare but not unheard of. According to the CDC, the first deaths from Naegleria fowleri found in tap water from treated US public drinking water systems occurred in southern Louisiana in 2011 and 2013.

The microbe was also found in 2003 in an untreated geothermal well-supplied drinking water system in Arizona, as well as in disinfected public drinking water supplies in Australia in the 1970s and 80s and in 2008 in Pakistan.

“The microbe was also found in 2003 in an untreated geothermal well-supplied drinking water system in Arizona, as well as in disinfected public drinking water supplies in Australia in the 1970s and 80s and in 2008 in Pakistan.”

Who has historically always been found to be the (((well poisoning ppl)))?

"Good morning all and greetings to new members you have come to the right place."
4 hours ago

"I upvoted because this video shows the insanity of the Marxist’s mentality.  However…"
5 hours ago

cheeki kea commented on Chris of the family Masters's blog post When the sheep wakeup...
"https://www.bleepingcomputer.com/news/technology/twitter-is-down-with-users-seeing-something-went-wr…"
6 hours ago

AIDS is Caused by Drugs and Malnutrition, Not a Virus. It's not Contagious.

David Rasnick, PhD, has been involved in medical research for over 30 years and was deeply involved…See More
9 hours ago
1 Comment 0 Favorites

Chris of the family Masters left a comment for Donald Passaro
"Welcome David!"
9 hours ago

Patrick Conway commented on Phyllis Maka's blog post NOTHING IS GOING TO HAPPEN NOW - JIM STONE
""Street justice IS the ONLY ANSWER to the deep state...""
15 hours ago