The intentional Disruption of the US Supply Chain 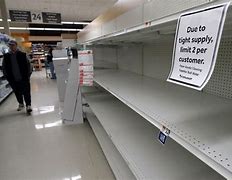 What kind of effect have lockdowns, forced vaccination mandates, and the resulting unemployment that has either been encouraged or forced upon those who will not be coerced into taking an injection they know could possibly harm them or even kill them? We are seeing massive flight cancellations in the airline industry due to airline employees being forced to quit if they will not take the vax and the resulting shortage in flight controllers who have also been forced to submit to a vaccination mandate, but it gets worse. 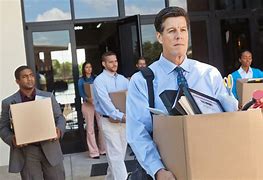 For eighteen months we have seen high unemployment as a result of the unjustifiable government sanctioned Covid 19 restrictions that had much needed workers sitting at home collecting unemployment checks as restaurants, grocery stores, food warehouses, and dock worker labor unions forced into layoffs that have pushed the supply chain into implemented failure. This intentional plan by the Democrats to shove big government overreach into our lives by making us dependent and less self-reliant is causing what will be just one more national disaster. We will see store shelves empty. Canned food, toilet paper, common items at fast food chains, and energy become expensive and rare. Just as in Venezuela and Egypt once Communists and radicals take power and begin causing chaos in the markets, social unrest becomes the norm. Shortage becomes routine, and desperation is common place. With the federal government sanction of a southern border invasion, the Biden White House has achieved what every other Communist and Muslim regime has sought to achieve. The ever tightening noose of control that will make peaceful and orderly existence transform into a nightmare of government ordained shortage and lawlessness! President Biden must take credit for intentionally throwing America to the wolves and converting the greatest nation on earth into a mediocre society betrayed by a big, costly, corrupt, government that has institutionalized inequity and contrived destruction of a normally prosperous supply chain that kept Americans fed, warm in winter, cool in the summer, and with a cheap form of fuel in order to operate their vehicle with. That has all changed and will only get worse if this incompetent and corrupted Democrat White House is allowed to continue.

As cargo ships and container vessels sit at the major port cities unloaded and stalled, prices will only increase as demand goes up due to shortage of supplies. Blue state governors and mayors only see to it that the disorder and price increases continue unabated. The insanity of the entrenched ideologues who sit on the board of directors of store chains who would rather allow men to use women’s public restrooms and lose billions in business or airline bosses who would rather impose a vaccine mandate upon an unwilling work force and allow thousands of missed flights, demonstrates what this insanity will cost the consumer while also causing loss of revenue for the corporation. One has to wonder if the federal government is subsidizing these woke corporations for their losses so as to implement the Biden Administration’s insane imposition of leftist policies! When your own oracles say enough is enough

It has now gotten so bad that even Politico and some CNN commentators are calling out the Biden Clown Act for the economic failure it has imposed upon the people! You have to really be failing big time in order for one of your own loyalist propagandizers to actually call you out for your ineptitude, but they are and the White House is indeed a traitorous element unworthy of anything but prosecution! Making the working class and middle class pay the price for their ideologically contrived insanity will only punish those who can less afford to be economically punished, but these traitors could care less. The only party that is to blame here other than the GOP RINO’s who have joined the Democrats in this suicidal equation has been the American people themselves who have chosen to either be uninformed or apathetic.

What General Abdel Fatah el-Sisi did for Egypt once President Morsi took control of the country and put Egyptians under the rule of the Muslim Brotherhood needs to happen here in America. Hillary Clinton’s friend Mohammed Morsi was jailed after a military coup conducted by General el-Sisi and Egypt was restored back to normalcy with food shortages normalized and social unrest remedied. Joe Biden is to America what Morsi was to Egypt, a corrupt and arrogant ruler who needed to be toppled! America has been much too tolerant of the left and now we are paying for it! 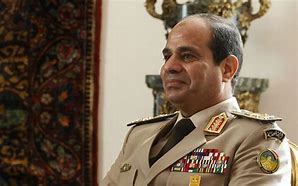