The Looming War with China Do We Ever Learn from the Past?

War is always the very last option when considering the growing pressures of competing nations. Yet, if there’s one thing we’ve learned in history it’s that when a super power is anxious to gain domination over the world, eventually it will come to a showdown. Presently, China is threatening Taiwan, considering the island of Formosa to be part of the Communist mainland. Understandably, the Taiwanese are nervous at the prospect of an all-out attack, and have enjoyed their freedom and economic independence, after all, they are the largest manufacturer of computer chips in the world, and America is their biggest customer.

However, there are undoubtedly dangerous parallels between the current situation in the South China Sea and World War II as the allies paused and made a non-aggression pact with the Nazis after they had taken the Sudetenland and Poland. When Neville Chamberlain and his entourage met with Hitler and his diplomatic staff, war with Germany was the very thing he wanted to avoid, but in doing do the British and French only emboldened the Nazis. Even though the allies had a numerical advantage over Germany and France had tanks that were at least as good as the German Panzer if not better in some cases, the Germans used super strategy, the Blitzkrieg, to offset the advantage in numbers and in a miraculously short period of time drove to the sea and attained their main objectives. Smashing their foes who outnumbered them in troops, aircraft, and tanks, Hitler used his violation of peace treaties as he did with the Russians to his advantage. 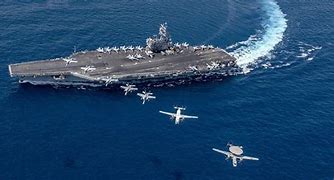 Tensions on the high seas

Today in the western Pacific as the US Navy plays a game of cat and mouse with the Chinese while Taiwan endures frequent violations of its ADIZ (Air Defense Identification Zone) it is quite evident that China is testing several attack scenarios and watching Taiwan’s response. China had made threats to Australia not to intervene if the Chinese make a move on Taiwan. China is already in direct conflict with several nations infringing upon the territory of the Philippines, North Vietnam, Malaysia, and Indonesia. For years China has been using its economic muscle to out compete these former “Golden Coast” economies to take the lion share of US trade.

Tensions are undeniable especially with Japan’s defense force on alert since China has already made threats toward them as well. The only thing keeping an all-out war from happening at this time is the mutual trade dependency between America and Communist China, but this relationship is strained as well as China is suffering from sanctions and better trade deals negotiated under President Trump, yet US defense contractors are still depending on China for parts that go to fighter jets and other weapons. Here’s the irony. China had grown strong from stealing industrial secrets from the US because American corporations allowed them to steal royalties, licensing agreements, and technological secrets that would amount to legalized espionage.

Here’s another sad and dangerous irony on the deficit that has existed with China for years over US trade. China has been allowed to artificially manipulate its currency than convert that currency to US Dollars and finally to gold. That is literal theft and along with the trade deficit that has existed for decades, China built a massive military to compete against the US using trade that it profited from, In a very real sense, America built its own nemesis through very poor and short sighted policies and through the corporate greed of US contractors who wanted China’s business no matter what the cost. One might recall that in order to get China’s internet business Yahoo complied with a demand from Beijing to hand over the addresses of human rights dissidents protesting against the Chinese government. This resulted in multiple arrests, imprisonment, and executions, and an American company had a hand in it!

The nation of India, a former member of the “Golden Coast” trade partnership with the US is now entering the fray with the Chinese since their population is about to surpass China while they have also experienced a huge technological leap. The Indians are growing a potent military with the intention of someday challenging China for dominance in the region, but at this moment, China has the option of acting militarily any way they want over Taiwan even with the US and all its allies supposedly ready to react together. The key will be just how America responds. China’s rhetoric is hostile. If they were to attack and Taiwan caved quickly, the US loses its number one supplier of semi-conductors which would be devastating to US industry. That would constitute an existential threat to the United States. So, it would seem that America cannot allow such a scenario to become reality. 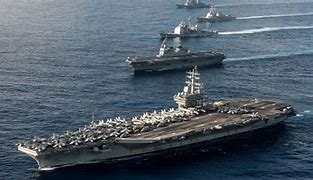 We currently have 5 carrier groups in the region of the South China Sea and the Taiwan straits. However, this is a huge region to cover and China would have the territorial superiority. The Chinese have numeric superiority as well though many of their fighters and other arms are technically not up to US standards. America must rely on its technical superiority to force China to think twice about entering into hostilities. With Japan, Australia, and the lesser nations as allies the US can overcome the distance disadvantage, but this all hinges on US initiative with a serious lack of resolve shown over the botched Afghanistan pull out which severely hurt allied confidence in American support. 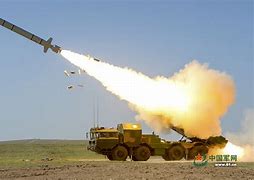 China can use many options on the card table with the US and Taiwan. They could blockade Taiwan and try to starve them into submission. As a former Australian general sees it, this could happen, but an all-out attack by the Chinese Pearl Harbor style against US forces might either happen first or simultaneously while neutralizing Taiwan. No doubt, nuclear weapons could very well come into play even against US cities greatly expanding a regional war into World War III, but in all this the Chinese are playing for keeps saying, “why don’t you just comply with our demands and we can still co-exist,” but how long does that happen before Beijing begins looking at other conquests like Australia which it has already threatened if they join America in defending Taiwan.

It hasn’t worked out well in the past

There is not much reassurance when an aggressive power uses threats to ensure non-aggression. It didn’t work with the Japanese Imperial military in World War II and it didn’t work with Nazi Germany either. Giving ground only increased confidence of the aggressor and put the allies in a defensive position. As Thomas Jefferson once said paraphrasing him, “only through the preparedness for war can any nation have peace.”

Consider that the entire Covid 19 pandemic originated from a germ warfare lab in Wuhan, China which many already consider to be an act of war, and China has already taken advantage of America’s refusal to act. As always in today’s world, nothing is at it seems.

Parrhesia replied to Parrhesia's discussion Apparent Sabotage Disables Nord Stream 1 and 2, Cutting Off All Direct Gas Supply to Germany from Russia
5 minutes ago

"Prancing faggot for sure!"
2 hours ago