See all authors and affiliations 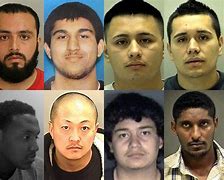 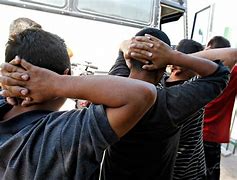 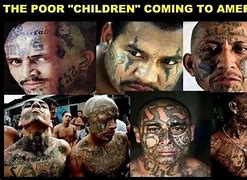 Despite its centrality to public and political discourse, we lack even basic information on fundamental questions regarding undocumented immigrants and crime. This stems largely from data constraints. Going beyond existing research, we utilize data from the Texas Department of Public Safety, which checks and records the immigration status of all arrestees throughout the state. Contrary to public perception, we observe considerably lower felony arrest rates among undocumented immigrants compared to legal immigrants and native-born US citizens and find no evidence that undocumented criminality has increased in recent years. Our findings help us understand why the most aggressive immigrant removal programs have not delivered on their crime reduction promises and are unlikely to do so in the future.

The tripling of the undocumented population in recent decades is one of the most consequential and controversial social trends in the United States (1). Backlash regarding the criminality of undocumented immigrants is at the fore of this controversy and has led to immigration reforms and public policies intended to reduce the crimes associated with undocumented immigration (2). As recently as June of 2020, the debate on undocumented criminality made its way to the US Supreme Court, where the US solicitor general sought to invalidate California’s “sanctuary” policies because “[w]hen officers are unable to arrest aliens—often criminal aliens—who are in removal proceedings or have been ordered removed from the United States, those aliens instead return to the community, where criminal aliens are disproportionately likely to commit crimes” (3, p. 13). Indeed, concerns over illegal immigration have arguably been the government’s chief criminal law enforcement priority for years, to the point where the federal government now spends more on immigration enforcement than all other principle criminal law enforcement agencies combined (4, 5). These policies, practices, and pronouncements, however, have far outpaced our empirical understanding of undocumented criminality. That is, while research suggests that immigrants generally tend to be less crime prone than their native peers (6), we still lack basic information on fundamental questions specific to undocumented immigrants and crime. How does the criminality of undocumented immigrants compare to legal immigrants or native-born citizens? Does this differ by the type offense, such as property, violent, or drug crimes? And how has undocumented immigrant criminality changed over time? 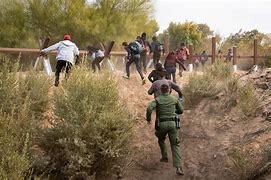 Each of these questions represents remarkable gaps in our scientific and policy understanding of undocumented immigration. This dearth is largely due to data limitations. Calculating group-specific crime rates is straightforward: It is the number of arrests within a particular group divided by its population (expressed per 100,000). In the case of undocumented immigrants, however, for years we lacked reliable estimates for both the numerator and the denominator required for such calculations. Regarding the number of undocumented immigrants (the denominator), data quality has improved in recent years as the Center for Migration Studies and the Pew Research Center now produce annual state- and national-level estimates of the undocumented population, ranging from 10.5 to 10.7 million in 2017 (1, 7).* Data on undocumented criminality (the numerator), however, have actually gotten worse over time. Despite the increasing centrality of local police in immigration enforcement (9), information on immigration status is remarkably scarce in most crime databases. Among the most widely utilized crime data sources, neither the Uniform Crime Reports, the National Crime Victimization Survey, nor the National Incident-Based Reporting System record information about immigration status. In addition, California stopped reporting the number of noncitizens in their custody to the Bureau of Justice Statistics (BJS) in 2013 and in 2017 became a “sanctuary state” by limiting information sharing between local criminal justice officials and federal immigration authorities (10). In 2016, they along with Nevada, New Hampshire, North Dakota, and Oregon did not report information on citizenship in their prison populations, and the BJS speculates that other states “likely provided undercounts” (11, p. 13). 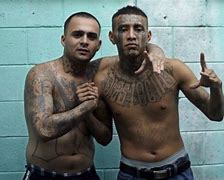 This article is a notable exception to this trend in that, after review for scientific merit, the Texas Department of Public Safety (DPS) granted our research team access to case processing information for all arrests recorded between 2012 and 2018. The DPS data are unique in that they fully cooperate with the Department of Homeland Security (DHS) to check and record the immigration status of all arrestees throughout the state, including their legal status (21). Using these data, we address the empirical shortcomings that have hampered prior work in this area by accomplishing three interrelated objectives.

First, we offer a detailed contemporary assessment of the comparative criminality between native-born US citizens, legal immigrants, and undocumented immigrants. The limited information we do have about undocumented criminality is not only conspicuously scant but also highly inconsistent. A 2018 report from the Cato Institute found that arrest and conviction rates for undocumented immigrants are lower than those of native-born individuals (12). Research by the Crime Prevention Research Center in that same year, however, reached the exact opposite conclusion (13). Neither of these studies was peer-reviewed, and thus, their data and methodologies have not been subject to scientific scrutiny. Given the salience of this research for informing contemporary public and political dialogue, the time has come for a thorough inquiry into the nexus between undocumented immigrants and crime.

Second, going beyond general differences in crime, we calculate comparative crime rates across multiple offense types. These distinctions are essential for both theoretical and empirical reasons. Though the evidence linking immigrants (generally) to violent crime is markedly thin (14), there are compelling theoretical reasons to think that undocumented immigrants may have divergent effects on violent and nonviolent crime. Most notably, lacking legal status limits their legitimate economic opportunities, and thus, undocumented immigrants may turn to illegitimate economic pursuits (15). From an empirical perspective, the federal government’s increasing reliance on collaborations with state and local law enforcement complicates the picture of immigrant criminality because many immigrants held in local jails are booked on federal immigration charges, not local criminal charges. A focus on the overall rates of crime obscures this critical distinction. This blatant violation of the US border sanctioned by a rogue federal government!

If you thought Government was going to give up control after COVID think again.The Trusted Digital Identity Bill will make sure that you can be shut out of s...
21 minutes ago
0 Comments 0 Favorites

Parrhesia commented on tjdavis's blog post How The Pentagon Dictates Hollywood Storylines
"Steve - Jesus was speaking to the Pharisees, not referring to all Jews (John 8:44…"
3 hours ago

steve commented on tjdavis's blog post How The Pentagon Dictates Hollywood Storylines
"Look no further than CHRIST"S condemnation of the juws,( CHRIST made no distinction between…"
4 hours ago

"Steve - I was pissed at myself as well for not paying attention.  There is an evil in this…"
5 hours ago

Parrhesia commented on tjdavis's blog post How The Pentagon Dictates Hollywood Storylines
"Steve - They are Ashkenazi Jews from Kazaria.  They're the ones who claim to be Jews but…"
5 hours ago

steve commented on tjdavis's blog post How The Pentagon Dictates Hollywood Storylines
"Just as I suspected PARR GETS IT chk this out. THE WELL POISONERS The Well Poisoners…"
5 hours ago

Parrhesia commented on tjdavis's blog post How The Pentagon Dictates Hollywood Storylines
"Steve - Yeah, Israel has helped promote the Mideast wars.  No surprise since I think the same…"
5 hours ago

"Did you hear the lil bitch whine "my wife is pregnant" as he squirmed. Steve"
6 hours ago

Parrhesia commented on tjdavis's blog post How The Pentagon Dictates Hollywood Storylines
"No wonder people in the Mideast would have a bad attitude about the US. Since 1980 U.S. forces have…"
10 hours ago