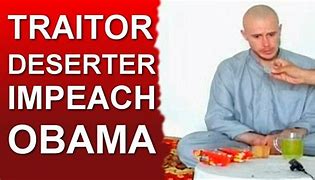 It all began during the Obama Administration as the political liars of the left commenced their campaign of awarding non-existent heroism to those who were simply criminals! This while they persecuted the real heroes who just didn’t fit in ideologically! It goes on today in the warped rationale of the Biden Administration! Persecuting the patriotic and rewarding criminal behavior is a Communist tactic used for creating lawlessness and disruption of morality in a society they consider rife for overthrow. Such is the case now in America. If Americans were not stupid enough to fall for it, little damage would be done, but as Critical Race Theory infects the minds of our publicly educated students, stupidity abounds! Lamar Odom, former NBA Basketball Player has a drug induced stroke in a brothel in Nevada. For this obviously degenerate behavior he receives an award from the Obama administration! For what? Private Bowe Bergdahl decides to desert his post and seek the Taliban where he is captured and for more than a year is kept prisoner and is suspected of acting as an informant to our terrorist enemies. President Obama authorizes the release of 5 major terrorist leaders from Gitmo in exchange for a deserter who got several of his buddies killed who searched for him. Bergdahl’s mother and father are presented with a reward from Obama. Weeks later Bowe is busted in a marijuana drug raid in California! Such patriotic behavior! 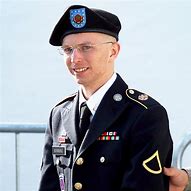 Army officer, Chelsea Manning gets in a fight with his Gay lover and gets so upset that he passes off classified documents to US foreign enemies. What does the Obama White House do? Why they allow him to have transgender reassignment surgery while under military custody, and he is discharged from the US Army without any charges while being rewarded by President Obama! Wow! So much for normal conduct befitting an officer eh? Yet, General Flynn, former director of the DIA, and a highly decorated officer comes under legal fire by the FBI when under the aegis of a casual meeting, is charged with false accusations and spends most of his estate and funds defending himself until he is finally pardoned. What did Flynn do? As a civilian prior to being appointed by the Trump Administration for a position, he served as an adviser for another country. Oh my God! One might recall how retried Army Captain Claire Chenault served as an adviser for Chiang Kai Chek and the Chinese Nationalists before returning to the US Army in WWII and being promoted to Brigadier General. Oh, but let’s not let history ruin the present era of confusion!

Taking down the real heroes

Turns out Obama had a bone to pick with General Flynn. You see it was Flynn who reported that Obama had been getting intelligence reports on ISIS that were sanitized to make the president appear to have been uninformed about the growing terrorist governed region that got to be the size of Delaware! Of course the FBI got right to work on that case with trumped up charges! This is how true heroes under the current collection of Democrat buffoons get rewarded for their service to the country! One might also recall the persecution of a US Border Patrol Agent for shooting a fleeing drug dealer in the posterior as he ran from apprehension. The offender had been caught and deported several times, but it was the Border Agent who suffered legal consequences not the illegal drug merchant! 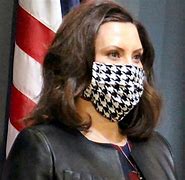 Today the FBI under the Biden clown show really has their work cut out for them. Several FBI operatives participated in a fake attempted abduction of Governor Gretchen Whitmer resulting in 6 arrests. The FBI has become so politicized they are now trying to frame conservatives because if you believe in the US Constitution, you are a threat to this nation! You are a new breed of terrorist! The alleged insurrection on January 6th has proven once again that the FBI knows no limits when it comes to falsely arresting those who do not align ideologically with their socialist bosses!  Now Moms and Dads incensed over the kind of propaganda that is being used to brainwash our children in public school are under investigation by the FBI! Parents who are concerned for their children are being treated like potential criminals by our legendary Department of Justice! Don’t they have better things to do? 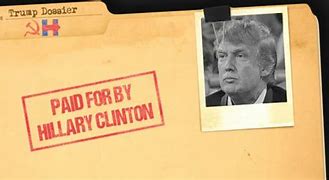 One cannot or should not forget the FBI’s blatant and intentionally criminal attempt at trying to charge President Donald Trump of collusion with Russia using false evidence from a discredited British Agent! Violating the law under felony charges of introducing the “Steel Dossier” to the FISA courts in efforts to impeach a US president who had just taken office was the lowest of lows, but what happened to all the Obama appointed co-conspirators? Why they received thousands from anonymous donors on crowd funding sites for their legal defense, published books, went on media interview tours, and never served time in jail for attempting to falsely indict a sitting president with fake evidence! So, Director James Comey, Andrew McCabe, Peter Strzok, Lisa Page, and others went Scott free after being interviewed by a Congressional Committee. With all there is to do in protecting US citizens the FBI instead is used to fabricate false evidence against our President!

Let us also complement our fearless warriors at the FBI for showing up at the homes of innocent veteran and patriot families to point their automatic weapons and urban tanks at those who visited Washington DC on January 6th. Many of these people never even entered the Capitol Building while others were invited in peacefully by DC police. This Democrat planned plot was used as a set up to try and entrap President Trump as having instigated a riot at the nation’s capital. Many months later, still the Democrats are not done with destroying the lives of political prisoners still in solitary confinement and being treated worse than terrorists at Gitmo, are Americans who broke no laws other than walking into the Capitol Building which is supposed to belong to “We the People” right? While ANIFA members were embedded among the patriots, FBI operatives were among the crowd, and reports of DC officers sucker punching one veteran who pulled an officer off of a woman, yes it appears our FBI is doing the bidding of an out of control Democrat run government who will commit any type of atrocity in order to remain in power! 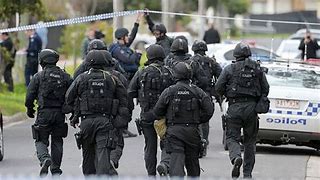 Their loved ones were murdered on 9/11. Twenty years later, they are still fighting for the truth.ABOUT THE DOCUMENTARYDirected by Dylan Avery and produced b...
59 minutes ago
0 Comments 0 Favorites