In 1976 the controversial Swine Flu virus shot caused 56 deaths and it was immediately taken off the market! I personally knew one of those victims, a longtime friend of the family. Yet, in 2021 with the government data base “VAERS” reporting 570,000 injuries and deaths as a result of the Covid 19 injections and 15,000 known deaths, the government and “Woke” American corporations are calling for forced vaccination mandates and loss of employment for workers of the airlines and other major companies who refuse to comply. Even our US military is also calling for vaccine mandates, understandably, our veterans would rather resign than be forced to take the shot, and are being further punished by losing their retirement and benefits! Ask yourself in the event of war with China, how will the loss of veterans and sick service personnel affect the performance of our forces?

More disturbing than the VAERS agency reporting figures is the fact that only 1% to 3% of negative reactions to vaccinations are actually reported with the majority not being recorded especially as hospital officials suppress actual data from doctors and nurses reporting these injuries.  The medical establishment has threatened their own medical staffs with firings if the news is leaked! Actual estimates given what percentages we know of are in the millions of civilian and military patients who have been vaccinated! Yet, still there is no recall of these dangerous injections and no transparency what so ever by the CDC, NIH, AMA, or WHO, all health organizations who should have been on top of this right from the start. Instead, we have undeniable proof that a conspiracy to roll out a faked pandemic, profit from it, use it to social engineer, reverse an election outcome, and aid and abet our foreign enemy-China! 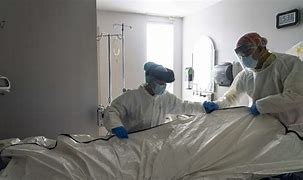 True cause of death?

Ask yourself, just in case you want to know, why were autopsies of supposed Covid 19 victims not performed, as a matter of fact, they were discouraged!  When some doctors and coroners decided that they would investigate further the results showed massive blood clots in the brains of those victims who had been vaccinated! Autopsies revealed that Covid was not even directly responsible for the deaths in the unvaccinated as there were other causes such as heart disease, diabetes, hepatitis, high blood pressure, and obesity, but where were the regular occurring causes of the flu? Did the flu just disappear and make way for Covid 19? THINK PEOPLE THINK! 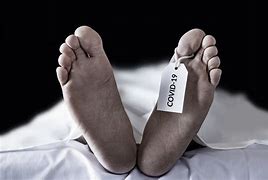 You have been herded, fear mongered, misinformed, and bullied into taking an MRNA vaccine that does not even provide immunity, and does not even act like a conventional organic inoculation. Also, any disease that is asymptomatic, isn’t a disease! If it doesn’t cause symptoms why does it need treatment, especially by a untested drug, that even during trials was causing complications! The original formulation of a vaccine was to use a dead or weakened pathogen that presented no threat to the recipient which allowed for the immune system to form antibodies that would destroy the disease. Natural immunity would occur from those who had been exposed to the disease and had survived it. Yet, we have vaccine mandates even for those who have survived the disease and have a natural immunity that is more robust than taking the MRNA injections and subsequent booster shots that epidemiologists warn will only weaken the immunities of vaccinated patients to any other threats!

Sadly, people are highly vulnerable to the directives of authoritarians and will unthinkingly submit, especially when the government begins to blame the unvaccinated as disease spreaders or as being irresponsible while the vaccinated catch Covid anyway and even die! The Covid 19 scare has been successful in conditioning the population to submit to just about any insanity that official government messaging urges them to comply with! Like sheep to the slaughter, millions of Americans acted like farm animals and conformed without analyzing what was really going on, and for those of you who did, personally I have no sympathy for! Sorry, but when you refuse to do your due diligence, and take a look at history and even Anthony Fauci and his contradictory advice, you didn’t see this coming? Really?  It’s your body. Don’t you have a say in what you should allow to be put in your circulatory system?

Anthony Fauci, who did an essay on why the Spanish Flu Virus of 1918 was so deadly blamed the wearing of masks as a deadly contributor to the fatal toll on lives. Yet, in 2020, in an election year when Democrats began blaming President Trump for not taking enough action when he was in fact, and voting could now become irregular thanks to the corona virus fear that the media had effectively spread, the lies did everything the Democrats wanted! More control over the people, a cover up for a stolen election, and a continuing way to suppress a healthy US economy by paying employees to stay home with unemployment checks and force those who did not want the vax to leave their jobs. The supply chain disaster was assured! This made way for a Democrat orchestrated “Infrastructure Spending Bill” of 5 trillion dollars that would fundamentally transform America into a third world regime rife with unvaccinated illegal aliens who will always vote Democrat!

While evidence is compiled, law suits are being filed, and organized resistance to more vaccine mandates is taking place all over the world, still the propagandists and global elites continue with their “Big Lie”. However, the call for arresting and charging those responsible for concocting a weaponized virus in a lab in Wuhan, China and orchestrating a government, corporate, and media enabled fear campaign to reinforce a mindset of submission in the American public is underway. The entire scam was a guaranteed success! However, the wheels of justice grind slowly and charging those responsible like Anthony Fauci and the Communist Chinese with crimes against humanity will eventually go into motion, and we will see these criminals prosecuted! Who knows what the implications upon future generations could be as a result of the genetic damage done by these poisonous injections! 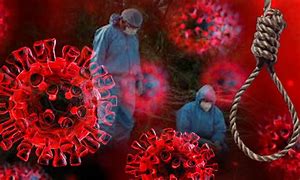 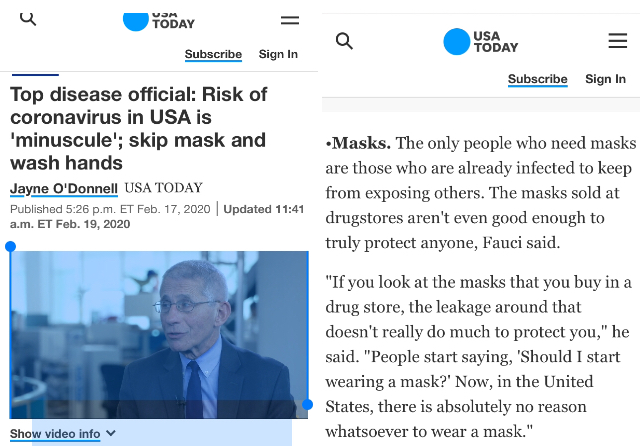 Just one example of Fauci BS.

rlionhearted_3 commented on Doc Vega's blog post The Lessons of Pearl Harbor: Have We Learned Yet? Part I
"This author is an expert. Great books. At Dawn We Slept has a chapter titled Pearl Harbor: Warning…"
13 hours ago

rlionhearted_3 favorited Doc Vega's blog post The Lessons of Pearl Harbor: Have We Learned Yet? Part I
13 hours ago

Trees and the sparkling red female cardinal might have been spared...
14 hours ago
0 Comments 0 Favorites

cheeki kea commented on Chris of the family Masters's blog post Moderna Patent Uncovers Horror: Nanocensor Contained in Bioweapon
"No wonder friends and loved ones are sliding down hill fast. They have changed and no longer have…"
23 hours ago