By David Rose for The Mail on Sunday 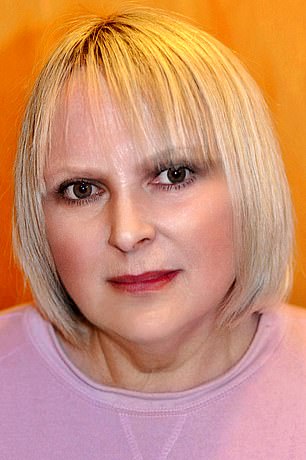 Poisoned: Lynn Stevens died a month after a single dose of chemotherapy

Lynn Stevens was no stranger to hard-won battles. As a young woman, the former machinist took part in a landmark 1968 strike for equal pay for women at Ford’s Essex factory – as later shown in the hit film Made In Dagenham, starring Miranda Richardson and Bob Hoskins.

And when, late last year, Lynn was diagnosed with bowel cancer after a routine screening test proved positive, she knew she was in for a difficult time, but also that the odds were stacked in her favour.

Tests revealed it was at an early stage and had not spread beyond the bowel – boosting her chances of a full recovery.

After successful surgery in January this year, Lynn appeared to be in the clear.

But just to be safe, her doctors at the Worcestershire Royal Hospital in Worcester advised a course of chemotherapy, to wipe out any rogue cancerous cells that might be lingering.

‘They said it was a belt-and-braces approach, which would slightly increase her chances of long-term survival,’ says her husband Chris, 66, a retired photographer from Evesham, Worcestershire. ‘She had a lot to live for. So she went for it.’

The couple, who had been together since their teens and married for 47 years, were otherwise fit and active and hoped to enjoy many more years together.

So, on March 21, Lynn had her first and only dose of intravenous fluorouracil, a drug prescribed each year to thousands of patients with bowel and some other forms of cancer.

Less than four weeks later, she was dead, aged just 66 – not because of her cancer but because she had been poisoned by the very drug that was supposed to prolong her life.

The Hospital local to myself.

Yeah, a mutagen which scrambles your DNA like depleted uranium, supposedly it does this to cancer cells a little bit more quickly. Great. Oncologists should all be forced to try their own shit, especially pediatric oncologists. Psychiatrists too.

Parrhesia commented on tjdavis's blog post Defund The IRS
"I hope he insured the packages so UPS has to pay for the loss."
14 hours ago

"This guy tries to blame erosion on climate change and then says:  "Here on the western…"
14 hours ago