The Removal of an American Political Party

If America is truly under the sworn sovereignty of the US Constitution and all of our political leaders, military personnel, and law enforcement take an oath to protect and defend it, then why is a certain political faction that dwells like a cancer within Congress and the Senate allowed to continue to disrupt our society? That faction is the Democrat Party! For decades the Democrats have discourages civil rights, encouraged Communism, have embraced dangerously irresponsible fiscal policy, and have undermined the military strength of this nation. Why, is a question any logical adult should be asking much less realizing. 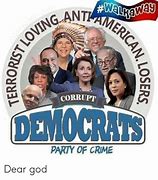 One need only recall the facts that justify the Democrat party as being not only adverse to the freedom and liberty of America, but even cooperating with the enemies of our nation. Democrats operate completely on the premise of lies and propaganda since if any sane mind were to examine their policies they would recognize that Democrat leadership and ideology is criminal if not obstructionistic to the cause of the American way of life. Just as the Stalinist Marxist doctrine conveys to its followers-you always accuse your opponents of exactly what you are doing, and this is exactly what the Democrat party does today. 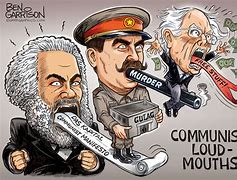 Frivolous lawsuits against the states exercising their individual rights, using character assassination and death threats to intimidate and delegitimize candidates running against the Democrat political machinery or just some of the despicable tactics they use to keep those with true integrity from gaining office. Throughout history the Democrat Party has committed treason and has never been held accountable. Republicans who have been satisfied to go along and get along while always coming in 2nd place seem to be comfortable with merely putting up token opposition, but rarely succeeding in stopping the anti-American agenda of the Democrats!  Therefore, just like our anti-patriotic mass media, they are complicit in violating the US Constitution and the will of the American people. 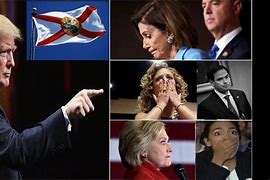 Pandering to our mortal enemies

One might recall Senator Ted Kennedy in the mid 1980’s going to Russia and appealing to the Soviet Union to help stop the re-election of GOP President Ronald Reagan. What the Democrats have done since the 1960’s has been to create a gigantic welfare state that encouraged black Americans and others not to work and become dependent upon the government rather than be self-sufficient. In doing so, the national debt has blossomed into a negative cash flow, paper money printing illusion of an economy. The War Against Poverty, the War Against Drugs, the War Against Cancer, the War Against Illiteracy, all have failed and cost trillions that have been wasted on the emergence of unnecessary bureaucracy where the money seems to disappear into the salaries of federal employees and hardly reaching the alleged recipients of the financial help that was supposedly intended. 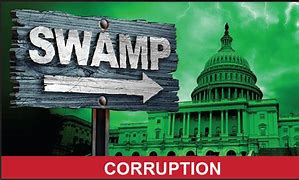 Just as today as the Covid 19 Relief Bill was passed by a Democrat majority with only 8% being targeted at actual aid to the economic distress created by government measures in the first place while billions in American tax payer money went to foreign aid, Democrat slush funds for re-election, and unknown disbursements for political purposes that are vague but certainly not in the best interests of the American people. As American cities like Seattle, Portland, and Minneapolis were literally under siege by ANTIFA and BLM violent rioting night after night while police fought and were injured all summer of 2020 long, the Democrats refused to denounce the carnage. Kamala Harris called for more of the same! Joe Biden said that ANTIFA was a state of mind instead of being the militant pro-Communist organization it really is. Lies, complete and total lies. Yet, with a mass media that has been compromised into being the equivalent of state run Soviet Cold War era propaganda outlets, too many Americans lazily accept this deception as truth! 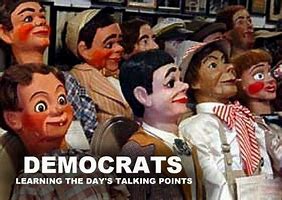 The very strength of the Democrats is in their lies, their deflection from fact, the division they promote between the races, and their constant assault on normalcy to the point now that the definition of normalcy today is under so much controversy that people are accepting grown men being allowed to go into women’s restrooms in Target stores? That, a man wearing a skirt and displaying his genitals in a girl’s middle school locker room cannot be arrested by local police in Illinois? That a woman is now termed a “Birthing Person”? That we no longer identify people by their biological sex based upon natural definition. That in California you can get a ticket or suffer worse legal backlash for not addressing an LGBTQ participant by their own self-appointed surname such as Miss if the male subject happens to be a Drag Queen!

No provision for their existence

Simply stated, a political element that is in such opposition to our Constitution and so destructive, should never have the right to practice law within the House of Representatives, Senate, Court system, or the executive branch. Freedom of speech does not constitute the destructive opposition to the American way of life especially being implemented from within the federal government. They are doing the bidding of our enemies! How can this be allowed?

Within less than a week, President Joe Biden was allowed to bypass Congress and the Senate by signing 40 executive orders, he signed the open borders bill that undid all measures undertaken by the Trump White House to secure the nation’s territory from trespass by illegal aliens. With millions of unvetted migrants, potential criminals, embedded terrorists, and those who are ill with diseases that have long been herd immunized from this country decades ago, Joe Biden has doubled down on forcing mandatory vaccination of job loss against millions of Americans who have refused to be subjected to an unproven and dangerous DNA altering drug that has killed thousands if not more victims! Once again, the Democrat owned media refuses to tell the truth to the American masses and is complicit in this criminality. 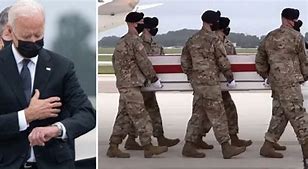 It seems that the only function of the Democrat party is to enable the destruction of the United States through whatever means possible. Their poisonous legislation has proven time and time again that their failures have resulted in negatively impacting the American way of life in favor of illegal aliens, our enemies abroad, all the while increasing taxes and regulations to the point that America has become the authoritarian police state so many have warned us about in the past. Why the Democrats should be allowed to operate as a political party! THEY SHOULD BE REMOVED! 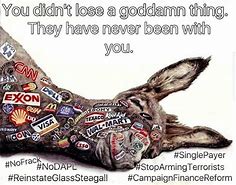