The September Convergence + The Walking Dead 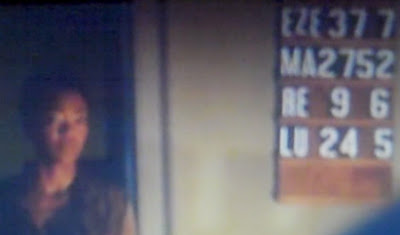 Anyways, it's the kind of tinfoil hat prophecy that always fails (Y2K, 5-5-2000, false flag terror attack at the London Olympics, the end of the Mayan calendar, etc., etc.). . .but it's always fun imagining the worst (aren't human beings strange? No one enjoys imagining the best, there aren't ever any prophecies of world peace and pots of gold for everyone).

Anyways, I was sitting at home, minding my own business and staring at the television like a good citizen should. . .and I was watching disc 1 of Season 5 of The Walking Dead. . .and I notice in a couple scenes there is a church hymn board loaded with Bible verses (see the picture above).  Whoa, I says to myself, there's 9-24, clear as day (9-24 is one of the *September Convergence biggies, with the Pope himself set to address Congress).

But like I said, it's fun to imagine the worst, and then after the watching the show, and looking more closely at the screen capture of the hymn board, I notice the numbers on the first two lines add up to:

33 is THE Magic Number in esoterica (esoterica, as in High Weirdness, and not the face cream old bags use) (details on 33 here).

And then I wonder to myself, can the 9-24 coincidence be stretched any further?  Anymore Walking Dead stuff (since, after all, walking dead is an apt metaphor for convergence mankind)?

There it is, right there from a simple Google search.  Somebody found the following from the trailer to the spin-off show Fear The Walking Dead: 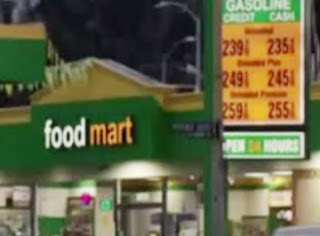 And then from the same trailer, this shot of a license plate: 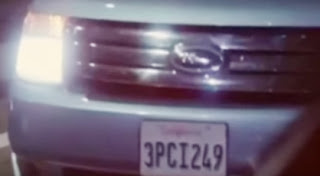 Now, I'm not saying if I was the Pope I'd cancel my big speech in the Capitol Building. . .but maybe just check to make sure the metal detectors are plugged in?

And I'm sure there's nothing to the rest of this *September Convergence* stuff. . .just go about your business as normal. . .do your patriotic duty, go shopping, like W. advised back in the day. . .I'm sure nothing's going to happen.

luggnutz commented on Chris of the family Masters's blog post BRUSSELS - WHAT REALLY HAPPENED? [mirrored]
"I've done my best to try and warn the trucker's FreedomConvoy about this since something…"
10 hours ago

luggnutz favorited Chris of the family Masters's blog post SHOCK: Thousands on Twitter Say They ‘Regret’ Getting the Vaccine — ‘Side-Effects Worse than COVID’
14 hours ago

Less Prone commented on Sweettina2's blog post Covid Shots: Sterilizing An Entire Generation
"Most people are incapable of fathoming the evil that is behind all this. They prefer to obey…"
14 hours ago

Less Prone left a comment for Dave Wagner
"What are you going to do with that bulldozer?"
14 hours ago

Chuck Baldwin: Thursday, January 27, 2022In past columns, I have shown how hundreds of thousands of…See More
14 hours ago
1 Comment 2 Favorites

Not the same species