The year is 1946, a year after the end of World War II, and a year prior to a major upheaval in the US intelligence apparatus, many think was triggered by events near Roswell, New Mexico. The infamous origin of the NDAA began with that rise of the security state. An Air Force Lieutenant releases a manuscript that causes a bit of controversy. In his essay he speculates that an extraterrestrial base could already be located somewhere in the solar system perhaps in the vicinity beyond Saturn where he believes it would escape the eyes of astronomers. Although the US Air Force allowed the public release of the Lieutenant’s provocative work, the US Air Force did not officially recognize it. This revelation comes to us from the book "Aliens in Space" by Donald Keyhoe formerly known as the first UFOlogist. 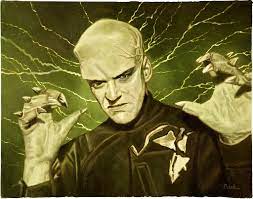 In 1946 as well another release of a science fiction classic that three movies will be made from. The name of the manuscript is “Who Goes there?” Although written as a novella by John Campbell in 1938, it wasn’t until years later that It makes its rounds through Hollywood and is eventually rewritten as a script and the first movie “The Thing from Another World” is distributed to film audiences in 1951. The black and white movie is a smash hit with an excellent cast of actors whose dialogue timing is exceptional. Kenneth Tobey, playing US Air Force Captain, Pat Hendry leads a cast of perfect character actors in this thriller. One might note that James Arness, will later to play Marshall Dillon on the TV western “Gunsmoke”.  At 6 foot 7 inches his imposing height made for a convincing alien monster from another world. 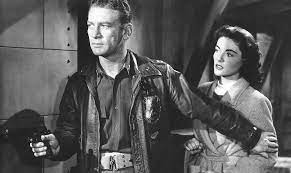 Just imagine, the story begins with a US Air Force discovery of an alien space craft frozen for perhaps thousands of years below the Arctic ice. Who in 1946 could have come up with such a story without some connected forbidden knowledge as fuel for such an idea, either that or this was truly forward thinking for the time. Talking about forward thinking, there was “War of the Worlds” written by H. G. Wells in 1898, but each of these classic stories has a remarkable take on the topic. Of course, there was also Buck Rogers in the 1930’s which too was pretty advanced for the time in the midst of the Great depression when people truly needed an escape from harsh reality, but still “Who Goes There” was a remarkable piece of science fiction. It seems that 1946 was a pivotal year for the emergence of fuel for the beginning of the flying disk sightings that would shortly become widely witnessed in the coming years. 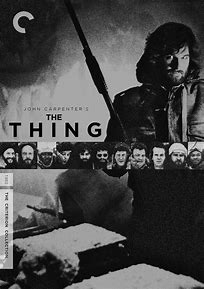 There are 3 prominent versions of “The Thing from Another World" beginning in 1951, to be followed by the sensational remake directed by John Carpenter in 1982 starring Kurt Russel, and another more recent adaptation in 2011 once again repeating much of John Carpenter’s directed version actually tying the timeline in as being what happened before Kurt Russell’s people “Mack” the helicopter pilot run into as the Swedish team pursue a Husky into the US Arctic base for some unknown reason trying to shoot the dog from their copter. It’s an interesting way of a remake that ties in with the original, but many viewers have found the movie to be lacking compared to the original and the 1982 Carpenter remake. Actually John Carpenter’s adaptation follows “Who Goes There” more closely in plot than the 1951 version did. We sit back and enjoy these kinds of movies in the comfort of knowing we would never have to experience such horrors or will we? 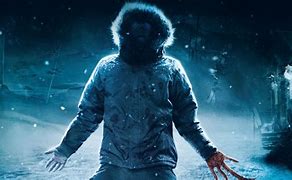 I watched these so much I digested them.

tjdavis Thank you so much

"They should have gone to South Africa where the jabs are 100% effective."
1 hour ago

"According to the article, it was "some critics".  It's my opinion these critics…"
1 hour ago

"Please tell us which whiney group was offended and considered it discriminatory and stigmatizing,…"
2 hours ago

"This is great! Someone has recovered the common sense. More Cruise Lines Drop Covid Vaccine…"
5 hours ago

"Baby steps as the tide is turning.  Besides, one should really think about getting on a plane…"
5 hours ago

"Great news but how about the damn airline industry?"
6 hours ago

"Depending on who did the polls, it could and should be much less trust.  If people find out…"
6 hours ago

"you know what Parrhesia the biggest consumers of MSM are themselves. They've lost trust and…"
6 hours ago