The Viciousness of the Left

Then boasts about threat: 'SURE DID'

By WND News Services
Published May 27, 2020 at 9:28am
ShareTweetEmailPrint

Reacting to a tweet from CNN White House correspondent Jim Acosta, which said Trump pondered whether or not he should be given an insulin regimen at a White House diabetes event on Tuesday, the comedienne said: "Syringe with nothing but air inside it would do the trick. F--- TRUMP."

In medical procedures, air accidentally injected into the body's bloodstream through syringes or IVs can cause air embolisms, which can be fatal. 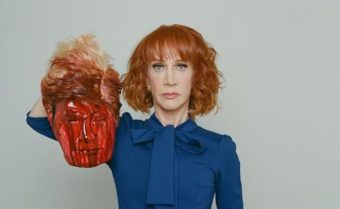 This grotesque display was supposed to be funny as a joke? This is exactly who we are dealing with on the left-savagery, intolerance, disinformation, and even anarchy, yet these Hollywood idiots are able to get away this kind of debauchery! Whether you agree with President Trump or not, whether you are miserably ignorant and cannot accept the fact that his policies and support of conservative values and our Constitution makes no difference at all, this kind of conduct by the left is reprehensible as is the efforts of has been comedians such as Kathy Griffin and Bill Maher who would have no career at all unless they had sold their souls to the left!

James Roberts commented on Chris of the family Masters's blog post This is what US would look like under leftists
"Good find, thanks for posting!"
1 hour ago

"What? No starlings or crows? Racist, racist birds!!"
2 hours ago

"Thank you Chris and Mr. Sizzle. Doc - I'd have recommended him to be the head of the YMCA,…"
2 hours ago

Chris of the family Masters favorited Phyllis Maka's blog post THE HUMAN RACE IS BEING GENOCIDED & REPLACED.
4 hours ago