To Honor Death Of Politician, Nation Agrees To Delay Screaming At Each Other About Politics Until Tomorrow

U.S.—As Congressman Elijah Cummings passed away early this morning, the nation made a solemn pact to stop screaming at each other about politics until tomorrow.

As flags were flown at half-mast around the country, the usually angry and argumentative nation decided to honor Cummings with a 24-hour salute to not destroying each other online.

"It's times like these that compel us to set aside our differences and take stock about what's really important," said Hank Palmer, 62, who agreed not to own the libs for a full 24 hours. "Rep. Cummings was a great man, and it's best if we all hold off on absolutely crushing the libs with facts and logic until tomorrow."

A 24-hour hiatus on destroying, owning, crushing, punching, smashing, steamrolling, and dunking was called. Everyone wrote their angry missives at each other but just saved them as Twitter drafts, preparing to unleash them the moment the clock strikes midnight tonight.

At publishing time, every single person in the country had violated the agreement and begun dunking on each other on Facebook and Twitter. 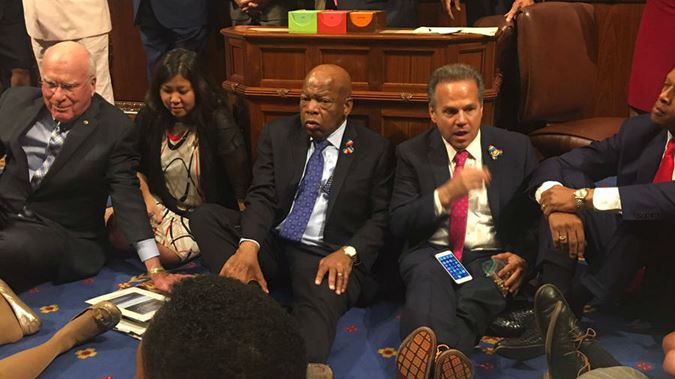 This is how I will remember this clown, wasting time and money. He was a career crook. We need to reinstate term limits on all politicians.

"Thanks Mr. Siz, I see he's back, it's the crazy pure white cat. Good people know him…"
14 hours ago

Phyllis Maka commented on Phyllis Maka's blog post AND THAT'S JUST IN THE US
"Go look!... there are many! Ted Gunderson for example and that's just the tip of the…"
18 hours ago

cheeki kea commented on Phyllis Maka's blog post 9 States Now Allow Killing Babies Up to Birth After Illinois Legalized All Abortions
"You're right, evil creatures need clearing out from the earth, but they control Daughters of…"
19 hours ago

Less Prone commented on Phyllis Maka's blog post AND THAT'S JUST IN THE US
"Consider giving a source when posting things like this. Here is one... Global Missing Children…"
20 hours ago

"And a better life it would be"
20 hours ago

Less Prone favorited James Roberts's blog post Don't Try To Think, You're Mentally Reatrded. Only We Are Intelligent Enough To Tell You The Truth Of These Issues. - Ethan (((Siegel)))
20 hours ago