Bashir: I am going to share something about the Abbottabad operation which till this day nobody else has told you.

Anchor: But Muhammad Bashir was a little afraid too, while talking to me he telephoned hia reletive, Vice President of Jummat-e-Islami, Abdur Razzaq Abasi, watch it

Reporter: Tell me your name and tell me whare do you live

Bashir: Let me first, Let me talk to him one minute, i will give you full interview, full or half?

Bashir: Let me first talk to him

Reporter: To whom? To abbasi?

Anchor: Muhammad Bashir told us something that no one said before. So we checked his identity card, we also onfirmed that he really lives there, we asked from the senior fellows about him. We were very astonished by his story just see and listen what he said.

Bashir: We were awake, not asleep, a helicopter came, some men came down from that, into that house, then that helicopter went away

Reporter: How many men?

Bashir: 10-12, then that helicopter took rounds of those rear hills, then he came bac...k and when he came bach, two more helicopters arrived, one from the west and other from the north, there was a blast in the first helicopter and it was on fire, we immediately came out, when we reached there, the helicopter was burning, then after about 20 minutes the army and police arrived, they pushed us back, now we are asking that if oama was here then who took him to america because all those men that came in the helicopter died in the blast, now if Osama was in that helicopter he must have died and got burnt in that helicopter too, then how they took him? this is a question of serious concern. America claims they they killed him and picked him up. How they picked him up? This is what we are thinking

reporter: Was there only one helicopter?

Bashir? Yes the other that came flew away to Mansehra, there was only one that landed the men and came back to pick them but as he was picking them up, it blew away and caught fire.

Reporter: Then were in it when it blew?

Bashir: Yes They were.

Bashir: We saw it with our own eyes

Bashir: I couldnt count them because then the compound was on fire. The gate was open, we went in, the army and police hadnt arrived then, there were some people but they werent stopping them. The whole neighbourhood has seen that but they are silent now.

Bashir: We saw the helicopter burning, we saw the dead bodies, then everything was removed and now there is nothing

Reporter: How many dead bodies you saw?

Bashir: We couldnt count them because they were blown into pieces.

(Arrrrgh...... Loadshedding! power went out. Cant access the computer. But i have noted down all remaining points. I will explain them, not word to word as i cant access the video right now, but in my own words. I am from cell phone.)

Here is ...the remaining part,

the reporter asked Bashir to narrate the story again.

Bashir said we could see the faces of those men but they were speaking pashto. I dont know whether they were Pakistani or American army or people of agencies, as you know that agency people can speak many languages.

May be they were speaking pashto so that we consider them Pakistani.

They knocked and banged at our doors and told us not to come out.

I laid down on my rooftop and was watching them.

My kids were calling me, I told them to go to their rooms and let me check whats going on.

The reporter asks Bashir, that when he saw that the helicopter was American what was he thinking then?

Bashir said that he got afraid. He didn't had in his mind that they will attack that house. He thought that they might have come to attack the Pakistan Army.

The reporter asked so when was your cousin Shamraiz taken away?

Bashir : Shamrez was at our home, as the helicopter exploded, me and many others went out of our homes to see what happened. Shamrez also came out and the gate of the compound was open, we went in, every thing was lying scattered, as it is a huge compound, some body parts were lying here, some there, legs, arms, heads, broken and torn body parts, during that time some part of the helicopter inside, may be the engine or other fuel related part had an explosion so we rushed out. During that time Shamrez was taken away, he is in his home now, but no one is allowed to meet him and i couldn't get a chance to talk to him later.

Then the anchor says that they had vegetations inside the compound and Shamrez was their gardener. We know that two men Arshad and Tariq used to live there. They had good relations with the neighbours, they used to buy things from the local store. Sometimes imported dates and used to send many things to their neighbours.

Then the reporter is at Abdullah Ben Zubair Mosque, which is the nearest to compound of Osama.

She asks a guy: do you think people would have been glad and happy if they would have ever met osama?

The guy : Yes, possibly. Because he was a muslim and he believed in God.

This is the whole story! Every aspect and point translated. :)

Another translation from my dear friend Saba Quraishi, and thank you!!:

Yes jeff The two translations are the same as mine. no need to repeat. I will send it to you privately if you wish. The gentleman being interviewed lives across from the compound. His cousin Sahab Jamrez Khan used to grow vegetables in the compound. He was taken away in all the hullabaloo on tape @10.29 Bashir says he did not see when they wisked his cousin away.

Interviewer asks "Have you spoken to your cousin?"

2 other men Arshad Sahib and Tariq Sahib used to go to market to shop for that compound and bought international brand items. Dates, dried meat found in compound. Also food used to come from compound to Bashir's house Kabulu Pilau and things like that used to be presented to Bashir. They will follow up with more information. In the end the lady is standing in front of Abdullah Bin Zubair mosque. The mosque was with in walking distance of the compound. She asks people if Osama did attend this mosque people would have be happy? The one answered maybe. The other said Osama did "not" live here but he was muslim and believed in God. Interview ends.

Another thing to note is that Bashir mentioned that we are very "sharif" meaning law abiding honest people. His town was a peaceful place no excitement no murders, fights, and he is unhappy how they have made his town so frightful with all this news. One thing is very clear in this video. Two helicopters hovered never landed. One landed dropped Pashto speaking poeple on the roof 10-12 of them Helicopter left fo 20 minutes returned to load people in and small blast engine failure fire helicopter parts all over. Body parts arms, legs, head, all over. Pakistani Army/Police came in dispersed crowd. The whole scene is cleaned up totally now. No evidence left to examine.

Watching the video of Hillary "Hey, that's my .38" Clinton lie for just over 14 minutes straight about this incident tops any bullshript I have ever heard for just plain depravity. Too much CFRtv has rendered the sheeple into reversible useless eaters. Nobody believed this one.

Comment by MaterialWitness1 on August 8, 2011 at 11:50pm
Well now they announced that that the team died in a helicopter crash yesterday or the day before.  No witnesses and no one to tell any story which is similar to the 9-11 dumping grounds that have been recently exposed. 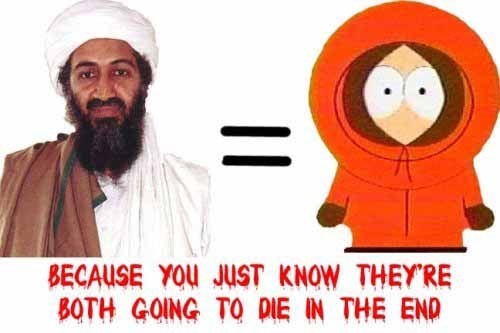 Comment by Kristy Lonestar on August 7, 2011 at 3:26pm
This is interesting, because a friend of mine told me his CO shot bin Laden in the head a long time ago. I never believed this new story of him being killed this year. Contrary to popular opinion, it is NOT Muslim burial custom to bury their dead at sea. They avoid it at all costs, if possible, because when a Muslim is buried they want their bodies facing Mecca and Medina. Great expose, Jeff!

Comment by jenny green on August 7, 2011 at 3:16pm
Interesting, but why did they not tell us back then that he had been killed? So they would have an excuse to continue a useless war?

Comment by giselle alice wilding on May 17, 2011 at 7:36am
Why are there not any more fake creations like mine on the internet 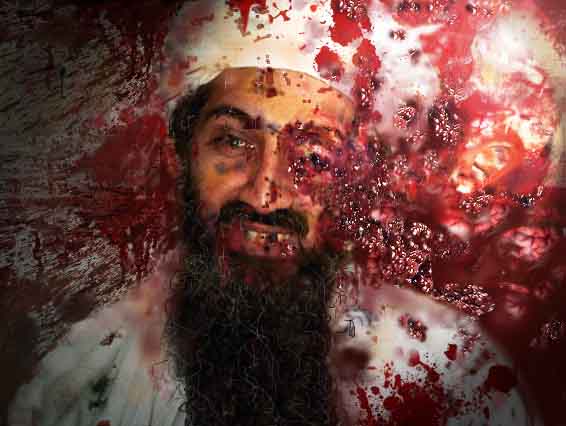 Central Scrutinizer commented on Phyllis Maka's blog post Family members are speaking up about the vax totally changing others in the family that got it. - Jim Stone
"Comment by Phyllis Maka "why am I suspended?" suspended??...WHA??..again I musta…"
4 hours ago

Phyllis Maka commented on Phyllis Maka's blog post Family members are speaking up about the vax totally changing others in the family that got it. - Jim Stone
"Someone an NWO TROLL has a stick up his ass does not like what I post why is there TROLLS on this…"
6 hours ago

Phyllis Maka commented on Phyllis Maka's blog post Family members are speaking up about the vax totally changing others in the family that got it. - Jim Stone
"why am I suspended?"
6 hours ago

"Have to go through hoops to get on this site from Google and DuckDuckGo. No problem on Safari."
6 hours ago