It is a sad commentary today when one realizes that our once trusted news agencies are now merely actors for the Deep State, literally counter intelligence used to influence public opinion rather than objective reporting on real events. So, with their help, the Democrats have waged a war of disinformation in order to achieve their one all important goal, and that is to impeach President Trump. With a 99.9% redacted Mueller Report awaiting inspection at a secure room in the White House for all Congressmen and Senators to see, not one Democrat in the House of Representatives has gone to review that document not Nadler, Cummings, or Schiff, those who claimed there was proof that the President had somehow obstructed justice or had committed collusion with Russia despite Special Counsel, Robert Mueller's, findings of nothing of the kind!
Aiding and abetting the enemy
Let's go back in time to the real perpetrators of Russian collusion starting with Hillary Clinton's own legal counsel, John Podesta and his brother who in violation of the law for not registering as foreign agents, were doing hundreds of millions of dollars business with the Russians. Let us look at the Uranium One Deal in which while Hillary held office at the State Department brokered a secret transaction with the Russian government to allow them to buy 20% of all US Uranium ore. Yet, even when Hillary taught her staff how to bypass classified protocol in order to circulate highly sensitive documents exposing them to foreign hackers James Comey then FBI Director allowed her staff to destroy Raspberries, Laptops, and cell phones that had record of illegal communications. By Comey's own admission Secretary of State, Hillary Clinton used devices not recommended for use due to their vulnerability to hacking in countries hostile to the US.

History of treason
Let us go back further in time to an event by the Democrats that clearly demonstrates their willingness to collude with Russia and undermine the US presidential election process that they used an excuse to illegally spy on Donald Trump and his staff over. Ted Kennedy in 1984 approached the Russians in the midst of the hotly contested "Cold War" to help the Democrats prevent Ronald Reagan from being re-elected! Are we now seeing these very nefarious deeds being repeated again in the present? So, let us ask ourselves, those of us, who have not been dumbed down by modern progressive public education, why is there a double standard when it comes to Democrat officials in the federal government and normal citizens when it comes to the enforcement of the law?
Rules what rules?
Answer: There most definitely is a double standard that exists and tells us that people in the Democrat like Bob Menendez convicted on federal charges has yet to be remanded into custody. How is it that a 5 times deported Mexican drug dealer in San Francisco discharged a hand gun stolen from the FBI and killed Kate Steinle who was walking along the street with her Dad. Immediately, a city attorney advised the illegal immigrant to plead not guilty and this murderer and professional drug dealer was released! Where was Nancy Pelosi in all this? San Francisco is in her jurisdiction! Intentional obfuscation
These are clear examples of just how the application of the law never applies to the Democrats who will spend millions in taxpayer money to go on the next witch hunt they will use to delegitimize their political opposition in order to remain in power, but not in the service of the citizens of the United States! It's not just a matter of hypocrisy it is a matter of rejecting due process of law! This is the legacy of lawlessness that allowed AG Eric Holder to withhold evidence on Fast and Furious for 18 months over the deaths of 2 Border Patrol Agents and hundreds of Mexicans as drug cartels purchased guns that were used to commit murders. President Obama then issued Executive Privilege once Holder had been citied for Contempt of Congress. Yet, the Democrats today are rabidly staging a dog and pony show over President Trumps unwillingness to cooperate over the ridiculous repetition of continued investigations the Democrats are using to influence the coming Presidential elections for 2020!

Refusal of the facts
Getting back to the present day, why have no Democrats visited the secure room in the White House where the unredacted Mueller Report lies waiting for inspection? It's because the Democrats have no interest in resolving the Russia Collusion question that has already been thoroughly investigated. They want to perpetuate doubt, drama, and grand standing and the inference of impeachment to give them some viable chance at making a run at the 2020 elections when, in truth, they have no one of any credible capability. All they have is making promises of paying off delinquent student lines and free giveaway education while they are already forcing the states to be overwhelmed by the huge flow of illegal immigrants from all over the world putting demands on public services such as health services, welfare, food stamps, housing, and education! 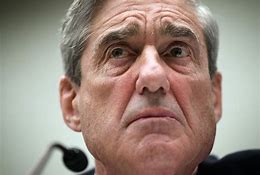 Their true constituents!
In short, the Democrats are causing a collapse of the United States internally to those undeserving of subsidy, government or state charity, or services that are expressly provided for citizens! The modern Democrat Party does not care about the typical US citizen, but instead caters to the illegal immigrant, the refugee from an ideologically opposed culture, to the criminal who has served time for heinous acts, and to the entitlement population who do not want to work when they can live off the government. In this we can rest assured when analyzing the motives of a party that would rather destroy America than observe the laws and serve the citizen of this land! 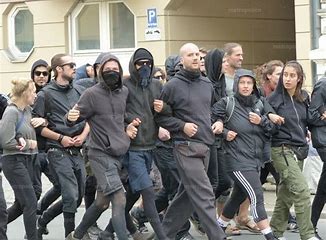 "@Gralton I still need to get that book to add to my collection."
3 hours ago