Truth about Tariffs and the US Economy 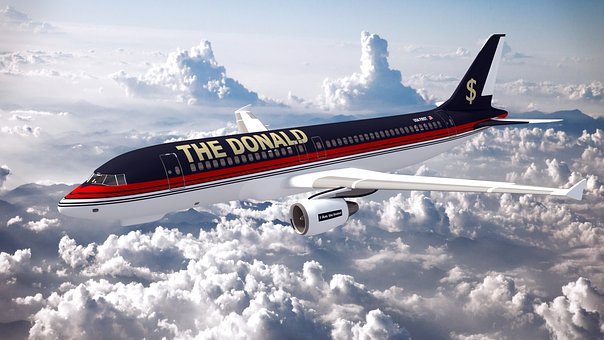 The mainstream media continually playing their endless engagement known as the movie “Let’s Take Down Trump” is now harping on possible White House proposed tariffs on steel and aluminum imported into the US. They accuse President Trump of igniting a possible trade war or that the cost of consumer goods in the US will increase as a result since so many products are made from aluminum and steel that is primarily produced by China. They call it protectionism and the evils of anti-capitalism when in truth, our US media is constantly railing against any policy formulated by President Trump that has proven to create more jobs, uphold the free markets, and buttress a strong stock market that has added value to the retirement pensions of elderly Americans! Like Obama, they have been patently incorrect about everything!

It’s one thing to be incorrect because you’re ignorant. Ignorance can be an excuse if you’re willing to learn, but being wrong due to ideological entrenchment is an intentional deception. Can you recall when the BREXIT Movement was taking shape and the British wanted out of the EU as their economic control was being taken away by foreign influences who had little vested interest in what was good for the UK? President Obama and Hillary Clinton both sided with the EU saying there would be a market collapse that the Brits would regret, that the whole idea just had to be racist in some form or fashion, and that England was just better off losing millions to remain in the market allowing foreign entities to decide about matters such as monetary supply, monetary value, and trade balances! Then candidate Trump was vilified over agreeing with BREXIT! Time to get out! They did, and the rest is history!

Most Americans seem to have a vacant cranium when the subject of tariffs comes up and how our federal government has botched this practice for decades. As a result of tariffs we pay thousands more for any car imported from overseas whether it comes from Europe or Asia your Toyotas, Nissans, BMW’s, Kia’s, Volkswagens, and others made in foreign countries have had an import tariff slapped on them upon entry into our country! This was done in order to make it possible for American carmakers to remain competitive and profitable as the Japanese, Koreans, and Europeans seem to be able to make a better car for less money than our own industry can produce! Without tariffs, our politicians argue, we would lose jobs! I have a questions then. Why doesn’t that tariff go back to the American consumer who purchased a new car rather than into the unaccountable coffers of the federal bureaucrats?

I have another question. If tariffs are so essential to the American car industry’s survival why are these same “Big Three” Chrysler, GMC, and Ford manufacturing cars overseas along with parts for those cars and then bringing them back across the border to sell to us if tariffs do create US jobs? If the cost of cars, which has gone up so dramatically that most Americans can’t afford a new one, have to buy used, or lease a new vehicle, why is the strangulation of Unions still being allowed to choke the life out of the free enterprise market so that the American dream is being rapidly so inflated that American salaries cannot keep up with the cost of living? Does anyone perceive the complex web being weaved by the federal government and big industry here?

The truth is that we live in an imperfect world where grievous trade imbalances have been tolerated for decades between US and foreign trade partners. Why would America allow hundreds of billions in trade imbalances with nations like China and Japan who either do not allow US products in their markets or also use stiff tariffs to limit how much of our manufactured goods can be sold in their markets? The irony here manifests itself in foreign products being cheaper than US goods at home while America is limited as to how much of our product we can sell to our so called foreign trade partners! Do you remember when the left vilified President Trump for proclaiming that Washington has allowed the American consumer to be victimized by these agreements? This why our President sought to renegotiate these agreements with our Asian trade partners rather than allow our federal government to perpetuate the burden put upon the US consumer!

Recall, another of Obama’s many lies over such policies as transparency when hardly anyone on Capitol Hill was allowed to see the TPPA documents hidden and guarded in an obscure room in the White House. Once reviewed by several Senators such as Jeff Sessions, it was discovered that the trade agreements reached by the Obama administration were putting America at a disadvantage! President Trump would later reject those proposals! Now under the proposed tariffs over steel and aluminum Timken Steel has already hired 500 new workers! “Oh, but you say that’s not supposed to happen!”

When President Obama over his failing economic policies claimed that 1.5% growth would be the new norm, yet under President Trump we are presently at a GDP of 3.3%! “Oh, but that’s not supposed to happen!” What the media, the Democrats, and the left have said is, “Oh, but that’s not supposed to happen thanks to President Trump!” Yes, therein lies the truth! The left would rather destroy the US economy than see America recover economically, militarily, diplomatically, and socially under a Trump presidency as this simply does not fit into their insane globalist and social justice agenda! But, guess what? It is working under President Trump and will continue to!

Diana you are right! What is really scary is all the electronic parts for our defense contractors are still bought from China this is insane!

Steel production in the US was seriously cut and that put all the power in the hands of China and Japan where the steel was produced.  They had power over the amount of steel the US received and the quality of that steel.  "Kobe Steel, Toyota hit with U.S. lawsuit over vehicle metal quality"  https://www.reuters.com/article/us-kobe-steel-scandal-lawsuit/kobe-...   The 112-year-old company, which supplies steel and aluminum parts to manufacturers of cars, planes and trains around the world.  Notice cars, planes and trains...then I start wondering about military equipment and infrastructure - who supplies that steel?  The implications are scary.

cheeki kea replied to steve's discussion I told you so na na na na na
"Thanks steve that's a good video. Funny how that little white cat seems to have a way of…"
20 minutes ago

"Hey Kea, I completely reject that thought ,these guys are shedding the so called variants caused by…"
23 minutes ago