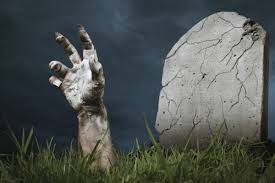 Beginning in New Newfoundland in North America and moving west following Colonial expansion a very strange manifestation has been unearthed by archaeologists. Apparently from the first settlers to pioneer families a century later those buried due to illness or untimely fatal accidents became the feared undead!  Little children who passed away due to the undiagnosed diseases of the day were thought to come back and haunt the grieving families in their dreams and perhaps even cause further mayhem and tragedy for the family. As a result the macabre practice of digging up the grave of the family member, severing the head, scattering the rib cage and crossing the bones, even leaving a sickle blade in the grave across the neck to prevent the spirit of the undead from coming back to haunt the survivors. 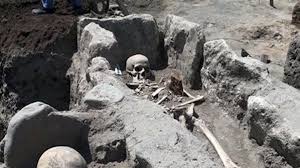 A common practice in Europe for centuries beginning in Transylvania with “Vlad The Impaler”  the superstition surrounding vampires and how to prevent them from returning from the grave has been well documented, but in recent years many such sites were uncovered in the US beginning around the eastern coast and being unearthed further west following the pioneering movement that explored deep into the wilderness of the Great Plains and mountains of Colorado. The unfortunate deaths of children most often caused the families to perpetuate the grisly rituals of digging up and disturbing the graves of deceased family members to prevent the curse of the vampire from afflicting them.

Clues to the tales

It is said that for every superstition and lore of a haunting are events or little known facts that originated the legend and made it believable. In Europe during Medieval Times outbreaks of rabies among peasants causing inflamed red eyes and demon-like behavior caused by the virus entering the brain. This may well have started the belief in vampires. It has been also noted by modern day research that certain grains stored improperly and exposed to mold could cause the formation of a hallucinogenic compound that once sold from a village bakery could subject the entire town to the effects of delusion, hysteria, and widespread panic. These outbreaks were considered to be evil spirits entering the souls of the living.

Yet, even though scientists would doubt that vampires are real a controversy still clouds the lines between reality and myth. Accounts given in diaries and written into family Bibles tell strange stories of young daughters struck down by disease coming back to life to the family in dreams when the untimely deaths of the rest of the members continue until it is stopped by digging up the grave and scattering the remains. Just like exorcisms still practiced today which go unexplained by science still happen amongst well educated people who have no need for superstitious nonsense.

The true sufferers of a legend

These are not the foolhardy exploits of Gothic imitators, or those demented fools who have artificial canines with hollow canals implanted for drinking blood from a glass, or even satanic worshippers who would sacrifice young children or babies as practiced within the perverted fraternity of Hollywood. No, these are the tragic accounts given by mourning families who have lost their beloved children to the hardships of pioneer life who believe they have found themselves under the curse of the undead being forced to disrupt the bones of those they have buried so that vampires will not further haunt them. Is there truth to these mysterious rituals? Do the dead really haunt the living? It appears by written records that the survivors of the children who died long before their time were indeed sincere in their efforts to relieve the torment caused by further tragedy that had inexplicably befallen that clan after the first of many deaths of siblings. One can only wonder if the undead really were rising from their graves.

In one particular investigated site near Littleton, Colorado the supposed grave of a vampire was examined. The burial site was marked by a tree that was growing in the center of the grave where a stake had been thrust into the chest of the skeleton. Surrounding the tree trunk was a rosary bush with blood red leaves that were the supposed outcroppings from the finger nails of the creature. The head stone is inscribed and legible reading “Fodor Glava Born in Transylvania Austro-Ungaria Died December 1918”. However, this is just one of hundreds that stretch all the way the Massachusetts coastline to Los Angeles, California where such graves have been plundered by modern day fools trying to emulate vampire etiquette! Not a delusion of pop culture

As recently as 2012 new sites were uncovered by archaeologists in settler’s family plots that long ago preceded the writings of Bram Stoker’s “Count Dracula”, Mary Shelley’s “Frankenstein” or the black and white Universal Pictures classics featuring Bela Lugosi as the infamous Prince of Darkness. It seems that long ago something unholy and unspeakable tormented the living after the death of the beloved. 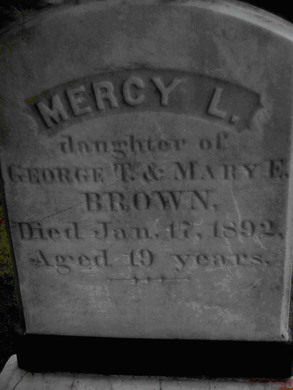 Larry Flinchpaugh commented on Larry Flinchpaugh's blog post Facebook Continues Censoring Conservative Posts
"Less, it is probably that I have not learned how to operate 12160 effectively.  Maybe if it…"
25 seconds ago

"Canada gets a shout out! Our state owned propaganda machine! CBC."
5 minutes ago

James Roberts replied to steve's discussion Bowling with coppers
"I'm not sure who to be mad at (or not) in this instance. I guess I'll have to take things…"
35 minutes ago

James Roberts replied to steve's discussion Tucker doesn't name the j-w but he does name the kushner
"Now, dagnabit, I keep telling people, rats are affectionate, loyal, curious, intelligent and have…"
1 hour ago

"My Democrat boss listens to NPR in the work van.  Most of the time, the content is just…"
1 hour ago

Burbia replied to MAC's discussion Billionaire Globalist Soros Exposed as Hidden Hand Behind Trump Protests — Provoking US ‘Color Revolution’
"George Soros rips Trump and Xi, says the 'fate of the world' is at stake in…"
4 hours ago

Burbia replied to Guardian of Scotland's discussion George Floyd did die. He also had Fentanyl and other drugs in his system. Yet the death was ruled a homicide.
"I doubt it, but I wonder if the beauty pageant wife cheated on the cop? They worked at the same…"
4 hours ago

Burbia commented on stormtruther's blog post And Just Like That the Fashionably Liberal Decided Killer Virus Was No Longer a Thing
"Not sure where I heard it, anything that comes out of nowhere and is plastered all over media is…"
5 hours ago