A bar owner shot a protester on Saturday night after the mob came for him and his business. The incident was caught on video. You can hear the person taking the video warning the people to stay back, shouting “This n**** got a gun!… It’s not worth it, n****!” as the mob encroached on a backpedaling Jake Gardner, owner of The Hive bar in Omaha, Nebraska. The mob starts to tackle Gardner to the ground, and shots start to ring out.

Gardner will not be facing charges, as the Douglas County Attorney Don Kleine announced on Monday, proclaiming Gardner’s actions to be in self defense.

The white bar owner who shot and killed a 22-year-old black Omaha man fired in self-defense after ending up on the ground in the middle of a group Saturday night, Douglas County Attorney Don Kleine said Monday.

In turn, Kleine said, Jake Gardner, owner of The Hive bar near 12th and Harney Streets, will not be charged in the death of James Scurlock. Kleine said he reviewed the evidence — and interviews with witnesses — and determined that Gardner had acted in self-defense.

At the press conference, Kleine said he looked for any evidence of instigation or slurs coming from Gardner.

Kleine said one protester who was interviewed by investigators said, “I’m not a fan of the police department, but I was there and I didn’t hear anything like that (slurs) when I was standing there.”

Kleine said he would welcome other video of the incident, but he said it would have to be “substantially” different from the evidence officials currently have to change his mind on charges. The consensus from law enforcement officials who reviewed the evidence, he said, was that it was self-defense.

And of course leftist Black Lives Matter supporters are losing their minds because they were not able to beat and rob a white guy:

Y’all I’m fucking LIVIDDDD!! Jake Gardner is getting away with MURDER.! I can’t deal with not being able to do a single thing. Fuck the county attorney, FUCK this bullshit ass system we have!!!!! #JusticeForJamesScurlock

758 people are talking about this

41 people are talking about this

They even make the claims that Scurlock was somehow the good guy in all this, saying that he was trying to forcibly take Gardner’s gun away:

This man, Jake Gardner, fired his gun, with an expired gun license, into a crowd of protestors yelling n****r lover, and shot James Scurlock who tried to disarm him,,,,,,y’all already know he hasn’t been arrested. #JusticeForJamesScurlock 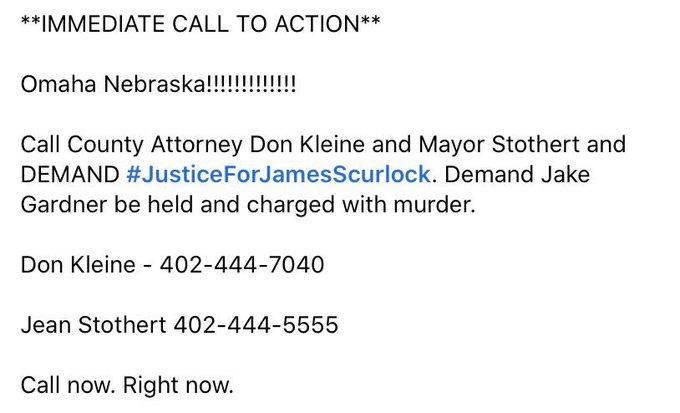 207 people are talking about this

And of course they have to peddle a narrative that Gardner was some sort of white supremacist, despite there being no evidence to support such assertions:

James Scurlock was murdered this weekend during a protest by a WHITE SUPREMACIST and they just announced that there won’t be any charges against Jake Gardner. Please take a second to call these numbers and demand #JusticeForJamesScurlock !!!!!!!!!!!!!! 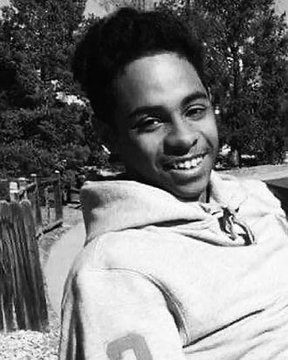 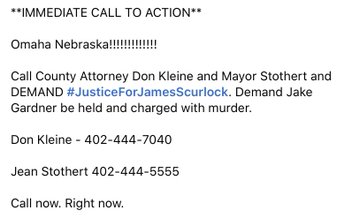 31.1K people are talking about this

The murderer of #JamesScurlock is a man named Jake Gardner, owner of The Hive on 1207 Harney St in Omaha NE. He is a known white-supremacist. He taunted the protesters and waved guns in their faces. #JusticeForJamesScurlock

Now they’re threatening to burn the place down:

I swear to god, I’m going to lose my shit. Omaha better be rioting. The Hive and The Gatsby better burn to the fucking ground. #JusticeForJamesScurlock

26 people are talking about this

And here’s a screencap of that tweet for when it gets deleted:

Maybe don’t try to rush and assault someone on the street whom you know has a gun.

Turns out Gardner was a volunteer on Trump’s campaign!

He had the right to self defense and used it. Enough said.

The man has the right to protect his property. An unfortunate outcome for the one that tried to do him harm however.

"If were not careful we will wind up like the Indians, that looks like the globalist plan"
4 hours ago

"James, Buddy I'm not too sure I would have ever recommended the Fuehrer for a leadership…"
6 hours ago

Black Crime Matters - A Comprehensive look at Black Crime and the Future of White America By Emily Youcis 2020 https://www.bitchute.com/video/qmVNfukCTLa9/
9 hours ago
0 Comments 0 Favorites

"It's issue #9 that creeps out my radical leftie Govt. of Their cold hard truth from the past,…"
12 hours ago

Phyllis Maka commented on Phyllis Maka's blog post BLOODY ISRAELIS WILL HAVE THEIR STICKY BEAK IN THIS FOR SURE!
"More junk litter!"
12 hours ago

cheeki kea commented on Phyllis Maka's blog post BLOODY ISRAELIS WILL HAVE THEIR STICKY BEAK IN THIS FOR SURE!
"ha ha, and that must be why they turn out be be a disaster, plenty of well wishes, thoughts and…"
14 hours ago

"The camps are emptied hotels now. Rooms are isolation units of compulsory confinement and all…"
15 hours ago