Little do the people of America realize just how much their lives are dictated by the mainstream media that they have naively trusted just as they have faithfully allowed the federal government to handicap their existence. Take for instance, Donald J. Trump, a popular billionaire who starred in two TV shows that got excellent ratings, but as soon as he announced that he was running for the Oval Office in 2015, suddenly he was called everything from a “Carnival Barker” to even worse. Half of the oblivious non thinking sleep walkers we call our fellow citizen responded right on cue. The media told you to hate Candidate Trump and you did just that. Just like they told you to hate Sarah Palin, John McCaine’s running mate. People literally came out frothing at the mouth and burning effigies of her!

This is the modern day media driven society of gullible lemmings who are far from being leaders, but are definitely ready to follow any suggestion no matter how much it would insult the intelligence of a reasonably well educated person. As a matter of fact, in our far flung western world of corporately owned influence, not even education is a reliable indicator of the capacity to critically think. Modern day education has fallen lockstep in with the media using indoctrination rather than objective information, so not even today’s campus ensures the ability to think or reason articulately. The students merely do what their radical professors tell them to do-hate America!

Of course, we have the added strain on rationality known as community organizers, who have a knack for indoctrination and agitation as well. What does this say about today’s noncommittal, sleep walking serf, who lives a frustrated existence, but realizes little that his or hers very actions lead to the very unsatisfactory life that they are so perplexed over. Answering to the call of the media is as reliable as the response of Pavlov’s salivating dogs because the average citizens has been conditioned to do what they are told no matter how self-destructive those orders will be. The media is trusted only out of routine market recognition but not out of actual duty to their audience to produce balanced and objective news reporting. Instead, Americans are fed a steady diet of half-baked opinions by radical so called journalists who would never have made the grade 20 or 30 years ago as, at one time, there was a standard of reporting accuracy.

Long gone are the days of Eric Sevareid, who while embedded with World War II US troops was ordered to pick up a rifle and defend himself and the position that the soldiers were holding under fire! Today’s supposed journalist has to be vetted by the CFR, Council on Foreign Affairs, a globalist political organization dedicated to controlling what we think and how much oppression that the masses will accept. As any spin doctor will do, the mainstream media will ignore politically damning news about the Democrats, downplay or ignore conservative achievements, and even outright lie to their audience about important issues that affect their lives. They will demonize even those fighting for a good cause if it does not align with their warped ideology. Remember that the modern day mainstream media is more worried about stories that concern saving wild animals, puppies, and kittens even though they are pro-abortion even up to the day of a baby’s birth. They want you to accept “Green Energy” even if it is totally unreliable under peak demand periods or extreme weather conditions like snow and ice. 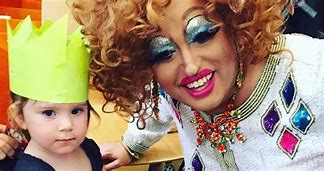 The modern day news media wants you to accept men dressed as women wearing no underwear reading children stories at public libraries, and going into women’s restrooms in public or at independent school locker rooms, as this is consistent with their opinion. However, if a competent candidate runs for office who sees and identifies the failures of the federal government that might be costing higher taxes or even lives, and he is on the wrong end of the political spectrum, then watch out! The media will do everything they can from assassinating their character to running their lives to make sure they never attain public office, and regrettably the public, who will be governed by this person, will fall for all the negative hype! 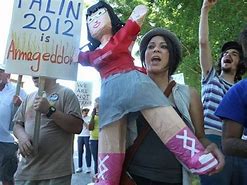 Like easily programmed robots the public will show up to protest this honest and competent candidate for office no matter how well meaning that individual is. Why? Because that unfortunate runner for office isn’t part of the “Swamp”. He or she are not going to play ball with the ruthless, gutless, dishonest public office holders, who take their orders, take money under the table, say what the people want to hear, and stab the country and those trusting lemmings in the back just as they have been doing for decades now! 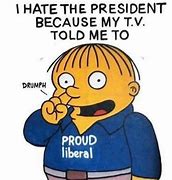 And, people stupidly and dimly wonder why the national debt goes higher, why the buying power of their dollar is shrinking, why taxes are going up, why police response time is so pathetic, why murderous killers are set loose to prey upon the public again, why our government would abandon Americans in Afghanistan, and why we can’t even get the truth out of most of our political leaders about all this at the same time. Just do what you’re told! Wear that mask! Take that potentially lethal injection! Don’t you rock the boat! And, don’t worry about China invading Taiwan, the largest maker of electronic chips in the world and that American industry would come to a halt without them and Taiwan. Listen to what we tell you to do, think, and feel!!!! 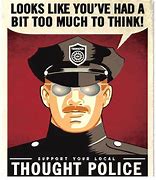 Trees and the sparkling red female cardinal might have been spared...
15 hours ago
0 Comments 0 Favorites