Warning: AOC’s Green New Deal is deadly, “Half the population will die” 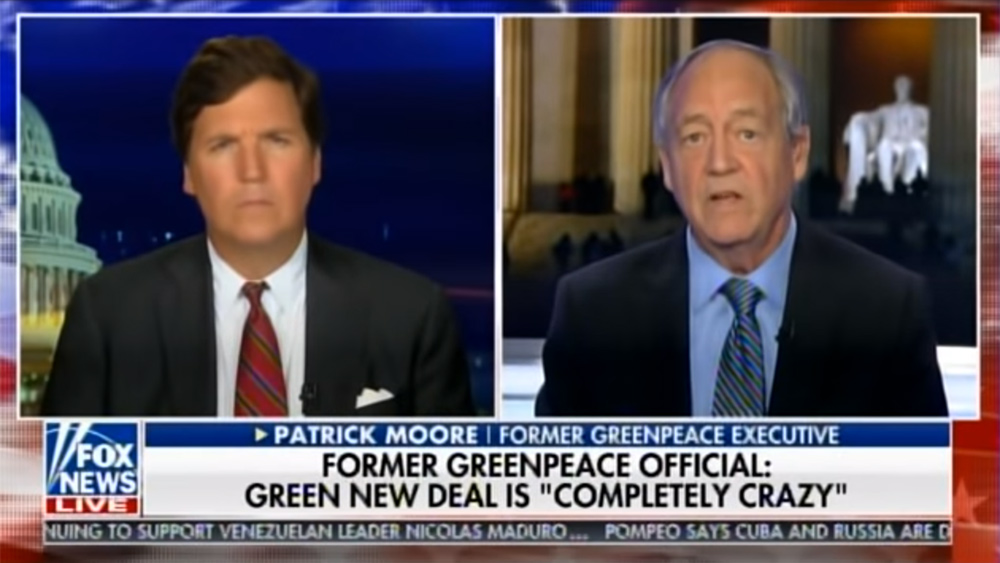 (Natural News) Patrick Moore is the co-founder of Greenpeace, one of the best-known environmental groups in the world. Over the last week, Moore has lashed out against the Alexandria Ocasio-Cortez “Green New Deal,” explaining it would be the “end of civilization” and warning that “half the population will die.”

Patrick Moore: The Green New Deal will be the end of civilization

The Green New Deal will be the end of civilization if 85% of the world’s and 85% of the US coal, oil and natural gas were fazed out over the next few years, like the next ten years. We do not have anything to replace them with… Half of the population will die in a very short period of time. And as I also pointed out, there wouldn’t be a tree left on this planet… because that would be all there was to heat and cook.

In another interview with Breitbart News, Moore offers more details on how AOC’s insane plan would collapse human civilization via mass starvation:

When they talk about the 99 percent consensus [among scientists] on climate change, that’s a completely ridiculous and false number. But most of the scientists — put it in quotes, scientists — who are pushing this catastrophic theory are getting paid by public money, they are not being paid by General Electric or Dupont or 3M to do this research, where private companies expect to get something useful from their research that might produce a better product and make them a profit in the end because people want it — build a better mousetrap type of idea. But most of what these so-called scientists are doing is simply producing more fear so that politicians can use it to control people’s minds and get their votes because some of the people are convinced, ‘Oh, this politician can save my kid from certain doom.’

Moore is right. In fact, I put out this exact warning weeks ago in a story entitled, “ANALYSIS: How AOC’s Green New Deal would unleash a catastrophic foo....” In that story, I write:

[T]he “Green New Deal” appears to be a planned, engineered economic apocalypse plot to destroy America from within. No wonder so many Democrats have signed onto the plan, for it is exactly what they want to see happen: the complete economic destruction of the United States of America.

Here’s the full infographic that accompanies the story:

Have no doubts: Democrats are here to destroy America and collapse human civilization

The Green New Deal is part of the deliberate plan by Leftists to end human civilization and destroy human life across the planet. Once you understand the astonishing truth of this insidious plan, everything the Democrats are doing suddenly makes sense:

"At best they could wipe out 20 to 30 folk before They become the target. "
40 minutes ago

cheeki kea favorited steve's discussion Hey All, check out this chart of all statistics world wide
1 hour ago

cheeki kea replied to steve's discussion Hey All, Check this crazy vid out--It's like "human clones/robots shorting out
"Chin up JR, just see it as bad karma, coming back to haunt those that deserve it. Nothing much…"
1 hour ago

"Hey Joe, Five months is nothing compared to ETERNITY which is how long the children of evil will…"
4 hours ago

"This what Kissinger and his kind have waiting for them. They've spent their entire miserable…"
4 hours ago

steve replied to James Roberts's discussion Apology
"Hey James, NO APOLOGY NEEDED. Its how we ALL learn, No one is born knowing much more than eating…"
4 hours ago

Chris of the family Masters replied to James Roberts's discussion Apology
"James, the relentless propaganda spewing from the tube and local rags always take the toll. I…"
5 hours ago