What Do We Really Know About UFO’s 74 Years After Roswell? 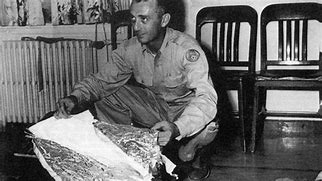 In the first week of July 1947 during a severe thunderstorm something fell out of the sky on Mac Brazel’s ranch 70 miles from Roswell, New Mexico and the world has never seemed the same since. Is it any coincidence that the rise of the Security State and the NDAA enactments occurred in that same year? Was there a threat to national security that was not admitted by the federal government and the incident at Roswell only uncovered it? For being the simple misidentification of a common weather balloon it certainly was a compartmentalized investigation that involved the apparent threatening of lives of the local residents. These residents, who were quite familiar with the sight of weather balloons launched frequently and landed all over public and private land. 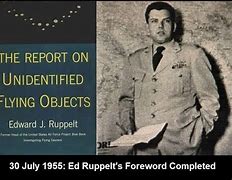 From that period of time all the way to 1952 during a UFO flap that covered many cities across the nation and, in particular, the Washington National sightings where UFO's violated White House air space with impunity and even demonstrated stealth technology disappearing off the radar screens as F-94C jet fighters came within close proximity. It would seem that something or someone was making a rather grandiose entrance into the public’s awareness and the US military seemed powerless to stop it. In his book “The Report on UFO’s” by Project Blue Book Director, Captain Edward Ruppelt, the highest ranking officers in the US Air Force and Pentagon were convinced of the extraterrestrial thesis.

Yet, in all this, author John A. Keel, has a different take and perhaps an even more disturbing perspective. He claims that in 1953 as a journalist and in Egypt at the time, he witnessed a UFO over the pyramids and his outlook on reality was changed forever. One might recall the movie starring Richard Gere, “The Mothman Prophecies” was based upon Keel’s book “The Mothman Prophecies” circa 1974. But, Keel referenced the collapse of the Silver Bridge at Point Pleasant West Virginia in several of his books such as “UFO’s Operation Trojan Horse” and “The Eighth Tower” since he was so profoundly affected by the events and the mysterious tragedies that affected his good friends who were involved in that event. 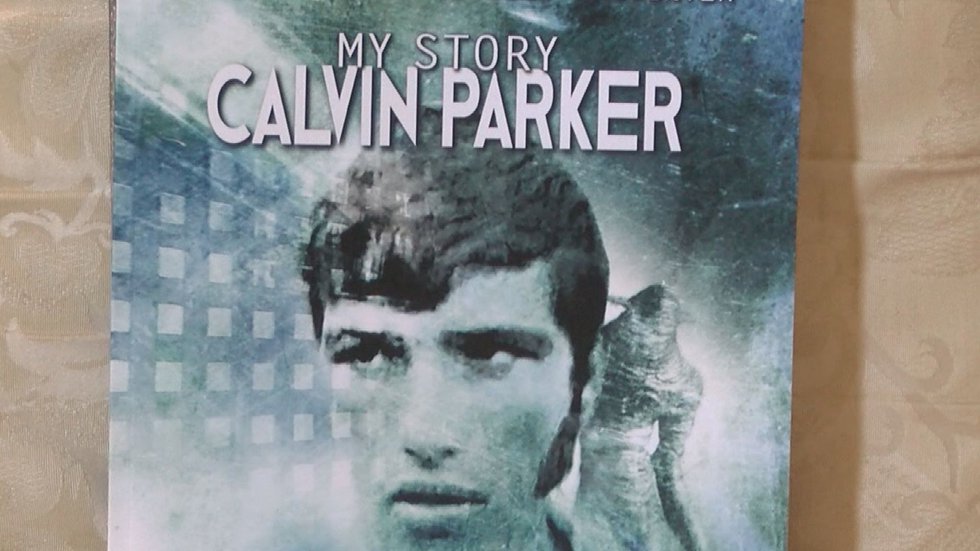 In 1973 Charles Hickson and Calvin Parker were fishing at the Naval Shipyard in Pascagoula, Mississippi when an incident occurred that would haunt Calvin Parker the rest of his life. The men were amazed at an intense blue aerial light that descended from the sky toward them. Suddenly, what appeared to be a robot hovered out of a sphere and came toward the two now hysterical men, who were somehow paralyzed. Calvin and Charles were then lifted off the ground by an invisible force and levitated into the UFO that had landed close to them. 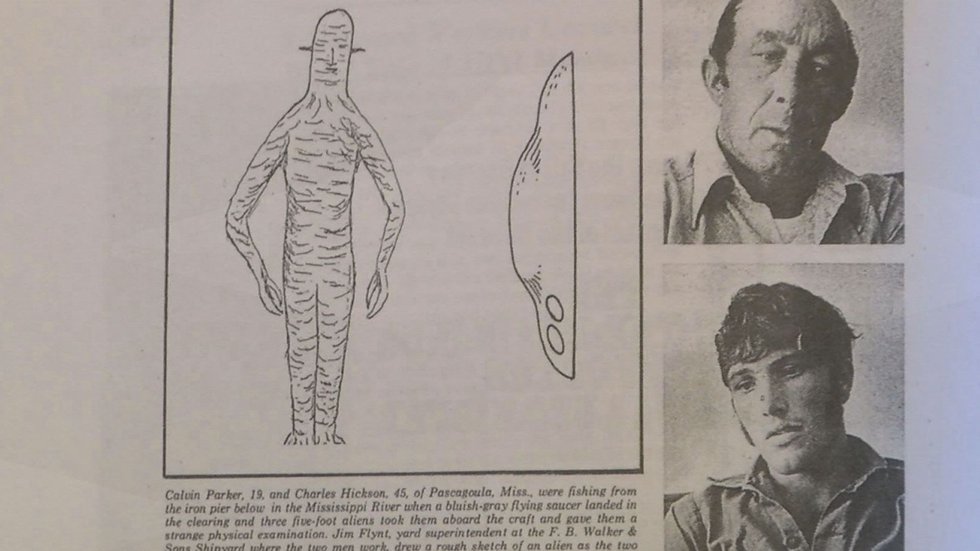 After being examined, the two men were placed back at their fishing site and the unknown vehicle took off into the night sky! The two men were so frightened that they immediately made their way to the sheriff’s office where they were questioned and even taped unknowingly in order for law enforcement to determine whether they were creating a hoax or if they were sincere. The tape confirmed everything they had said and seemed to indicate both men were shaken by their experience. Yet, once the story hit the press the US Navy released a statement saying that both men were under surveillance by cameras in the shipyard and that nothing out of the ordinary was recorded. 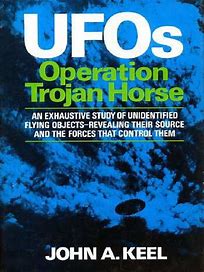 Illuminated, but by whom?

Author John Keel commented on the incident in one of his books saying that what the Navy failed to record with their cameras was probably that the two men were relating what they saw from images, sights, and sounds that were remotely projected into their minds by whatever source. Keel claimed that there was no distinction between UFO’s, apparitions, the paranormal, or many of the legendary hauntings around the world. In fact, he believed that like a broken record that kept repeating itself, there was a phenomenon present on earth since the beginning of time that coincided with mankind, and had been playing games with the human mind. This strange form of intelligence had been responsible for creating messiahs like John Smith of the Mormons or Mohammed of the Islamic faith appearing to them as an angel of light and striking them down. After his investigation of the Mothman prior to the collapse of the Silver Bridge at Point Pleasant, John A. Keel was convinced all unexplained sightings were part of this “Broken Record in the Sky”. 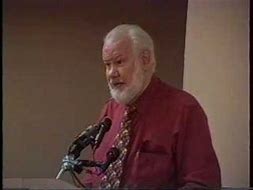 A fate of calamity

Keel also noted that there was a very real and very tragic tendency for all contacted by this strange phenomenon to be afflicted by tragedy. The UFO contactees such as George Adamsky and George Van Tassel, those claiming contact with beings from planets such as Venus developed large followings. The flying saucer craze was, as John Keel described, merely another misleading series of hoaxes perpetrated by the “Broken Record in the Sky”. Yet, as he pointed out, since the time of Caesar these types of seemingly magical contacts with other worldly beings have both captivated mankind and even led to the untimely misfortune of those who have been contacted and “Illuminated” as many described themselves. John A. Keel after years of investigating the rabbit hole advised his readers not to get involved in any of it.

DTOM thanks for your thoughtful comment. I was somewhat amazed at the final conclusion arrived at by Stanton Friedman, a very nice man that I met a few times, and Jacques Vallee who both concurred in the final analysis that the UFO mystery was demonic and designed by Satan to throw us off and mislead us. That conclusion was also arrived at by 2 former USAF intelligence officers  who reviewed the Project Blue Book case files and concluded that it was demonic in origin. I think a lot of the UFO investigators, if you want to call them that, have gone off the deep end.

I became interested in anomalous aerial phenomena as a child in the 80's.  (It was my interest in UFOs that lead me to the NWO conspiracy in the early 90s.)

Without any influence from others, I found I couldn't accept the extraterrestrial hypothesis, due to the 'high strangeness'  and general illogical weirdness reported in many cases.  I concluded it had more in common with encounters with the Fae folk.

I think it was the Gaynor Sunderland case in Wales in the UK,  that told me that the phenomena is NOT what it presents itself as and wants us to believe it is.

I was kind of relieved to discover the works of both Keel  (Ultraterrestrial hypothesis) and Jacques Vallée (Interdimensional Hypothesis)...and in later years the late Mac Tonnies added his 'cryptoterrestrial' ' hypotheis to the mix.

My own personal experiences ,  having seen what appeared to me to be structured craft - on one occasion that appeared EXACTLY one hour after a conversation on UFOs on a car journey, and glowing orbs on other occasions, lead me to believe that whatever this phenomena is / and how it presents itself,  it is, as both Keel and Vallée have speculated , a control system geared to manipulating humanity on both the individual and mass scale.

The phenomena actually hasn't change much in both appearance and behavior,  we've just adjusted our cultural nomenclature to describe it, to fit the current epoch.

And yes, if you get too involved in, the old saying about looking into the abyss is true.

Keel also noted that sightings went up in times of crisis.

Since I no longer subscribe to any publication or sites, or listen to a lot of the podcasts I did in the past, I have no idea if sightings have mushroomed in the past year or so.

The whole Roswell thing is one hell of a rabbit hole that too many people have jumped into.

And the phenomena delights in sending folks off on wild goose chases.

It's like watching the owner tease the cat with a cheap laser pointer, it chases the dot, then the owner screws on one of those cheap lens adapters that truns the dot into geomtric patterns and completely blows the cats mind.

The Roswell event, is made all the more problematic by claims that there have been more than one alleged crash / downed object / craft.

Even Vallée has been peddling a Roswell book in recent times - TRINITY: The Best-Kept Secret - written in conjunction with Paola Harris, which I can only judge from the interview I heard on the Jeff Rense show. I have the ebook, haven't had the time or inclination to read it.

"This island is far out but not far enough. Might do in meantime till we find somewhere else."
18 minutes ago

"Lori  Please explain how people/creatures such as you came to be  . If I were to venture…"
16 hours ago