What is Political Reality in America?

What is Political Reality in America?


What is reality? A question asked often during the Vietnam War era by protesters who couldn't find a reason to comprehend why the US was over there to begin with even if South Vietnam had been an American ally. Today we face the same question only from within our own nation. It seems that there are huge discrepancies between the truth and what our government is telling us, but worse is the fact that our mainstream media is telling outright lies to the public as well. 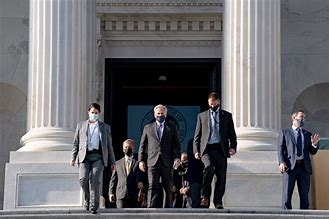 At conflict are several factors. A political party that only cares about staying in power no matter how destructive to the good of the nation their policies are (Democrats) and the US mass media who has become their lap dog. If public ignorance is the friend of big government with it's over spending and social overrreach then we are in an era where the world is upside down. An American political party's job is to defend and acknowledge the US Constitution while regarding the will of the people, however ever since Joe Biden took office we have seen little of that while constraints on the nation's energy supply and cost are punishing the working class.

Lawlessness of the new order

With the Department of Justice disinterested in prosecuting those committing treason within the Democrat partty the entire country is being dangerously compromised. A President who remained in hiding for the majority of the 2020 Presidential election campaign while an encumbent president who attracted tens of thousands to attend his rallies won when he couldn't even get 100 supporters to show on those rare occasions that he did show up in public? it makes little sense but it does display just how deeply embedded the corruption in our Washington DC establishment is. 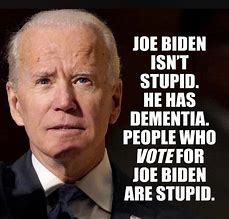 It wasn't days after his inauguration that Biden began signing up to 40 Executive Orders that dismantled everyone of President Donald Trump's acheivements that brought more jobs, more minority hiring, more abundant energy at a cheaper price, and a secure southern border. Why would a government that had the best interests of the people and the nation in mind allow all these factors be compromised? Why would a government allow millions of illegal aliens to breach our borders, fly them on the taxpayer's dollar to points all over the country, and in the midst of a supposed pandemic, allow those who are infected and carrying other diseases to invade our territory while Americans were under lockdowns, mask mandates, and quarantines?

Answer. You are witnessing the actions of a shadow government who are really deciding policy while Joe Biden remains the visible puppet. And, very obviously, the government who achieved a literal coup now rules, but does not govern the people, and while disregarding the best interests of the public and endangering national security they are even going after Trump supporters, lawyers who proved that there was voter fraud, and even Trump's cabinet in the same way that the Soviets during the cold war captured political prisoners using fale charges to liquidate their political opposition just so they could remain in power. I give you proof of the existence of "THE SWAMP". 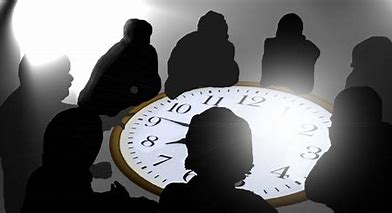 What I'm saying to you in this article not even FOX network aside from a very few commentators, Newsmax, or AMVO channel 219 on Dishnet will completely lay out for you, and I'm simplifying this for the sake of all of you who naively think you are getting the truth from CNN, MSNBC, CBS, ABC, NBC, or CNBC all populated by former Clinton and Obama operatives as so called "Journalists". I will include more evidence for you skeptics who can't wrap your mind around the enormous PSYOP that has been perpetrated over the American people! I know, I know, I know, you've been falsely reassured and lied to for decades and I get it. 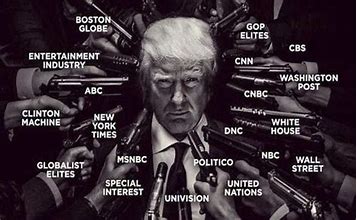