When Will the Democrat Beatings Begin?

When the GOP regains the majority back in the House of Representatives and the Senate, assuming that the voter fraud is not insurmountable as it was in the 2020 Presidential election, I have a question. When will the systematic prosecution of all Democrats who participated in the refusal of the federal government to protect our borders while even suing the states for taking on the responsibility for protecting their own borders, be brought to justice for allowing threats to National Security? 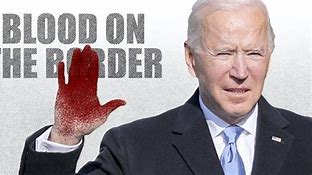 When will the Democrat whose hands have blood on them for all of the violent criminals and drug gangs who caused the deaths of Americans from assault, armed robbery, and drug overdose be brought to justice? It would seem that the accumulated damages and loss of life would be due to the Democrats intentional actions, and thus, charges of High Treason should be carried out! How does the government define Treason? Aiding and abetting the enemy! I think that is easily provable! Especially, carrying out the sentences which for the most part involved the death sentence by hanging or a firing squad. 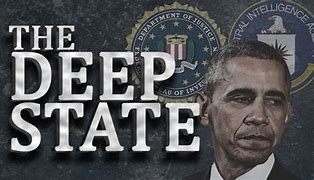 The criminals in the shadows

How about the invisible cabinet of anti-American advisors who told Joe Biden exactly what to do? The Biden Administration’s destruction of border security, destruction of the oil refinery industry by shutting down the Keystone Pipeline, prohibiting drilling on a million acres of federal lands, and going to foreign oil producers, not friendly to the United States for crude oil production that under President Trump not only provided cheap and abundant gas, but had America actually exporting our product to overseas buyers. The American economy is now under the highest level of inflation in over 40 years with US families struggling to survive and everyone buying an unaffordable and unavailable electrical vehicle is not the answer! Thanks to overregulation of the electric grid, the price of heating cooling, and keeping the lights on had tripled in less than 2 years. Biden’s shadow cabinet should be exposed and prosecuted for intentionally destroying our national economy!

As far as foreign policy is concerned, the botched withdrawal of Afghanistan, leaving hundreds of Americans behind enemy lines,allowing Iran to continue making weapons grade uranium and testing missiles, and the weakness displayed by the Biden White House in the eyes of our enemies as China prepares to move on Taiwan. The handling of the Russia Ukraine conflict also an example of botched diplomacy while allowing the “Deep State” including Barack Obama to build bio weapons labs in the Ukraine, another major and intended violation of foreign relations that caused a war! Why would these perpetrators not be prosecuted for crimes not only against the US Constitution and the people of this nation, but for crimes against humanity! Treason would be a fitting charge! 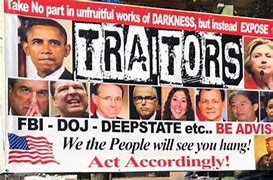 This cannot be allowed to stand

If we are to have future justice and due process of law in America these crimes, not ideological choices that backfired as they would like you to believe, should be prosecuted to the full extent of the law. Nancy Pelosi, Chuck Schumer, Eric Swalwell, Diane Feinstein, Adam Schiff, Alejandro Myorkas, John Kerry, and all other Democrats who falsified hearing wasting millions of taxpayer dollars trying to convict Donald J. Trump for allegations that were knowingly false for Russian collusion and also the accused acts of sedition during the January 6th false insurrection that Nancy Pelosi and the Democrats used as an entrapment of Trump supporters who are still being held without bond or having their Constitutional right to s speedy trial violated. This malfeasance intentionally carried out in front of national TV audiences is and should be punishable by stiff penalties! If not, this will be the biggest miscarriage of justice perhaps in US history!

If charges are not brought upon the Democrats and even Republicans who took part in the abovementioned un-American activities, it can only be because the GOP does not want to face the same consequences should they find themselves in a similar situation because they themselves cannot be trusted either! When there is no accountability in government, there will be no justice! America will never be the same again if these criminals who happen to hold office are allowed off the hook! One can easily predict that in the future more political witch hunts and intentional tampering with the US economy will continue.

Doc Vega commented on Chris of the family Masters's blog post Game Over
"One of the reasons California is in drought mode, they rerouted a fresh water river into the ocean.…"
25 minutes ago