BIBLICAL MODEL: The founders of the European Union used this picture of the Tower of Babel by renaissance painter Peter Bruegel on some of its posters over the years with the phrase in French “Many tongues, one voice.” David Hathaway was told by a journalist that members of the European Parliament knew what the Tower of Babel was and what it meant.

CARBON COPY: Is the Strasbourg Parliament building meant to look like the unfinished Tower of Babel mentioned in the Old Testament? If Scripture is a dead book and of no relevance, why is this based on a biblical design – according to Parliament officials themselves? 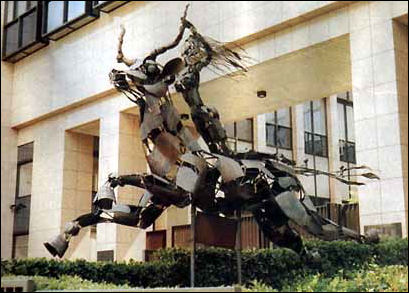 WIDELY SYMBOLIC: The Women on the Beast sculpture is outside the front of the building of the Council of Ministers in Europe. It has also appeared on European bank notes and currency, but at national and European level and pieces of art featuring this image can be found on the Berlin Wall and in the parliaments of Brussels and Strasbourg. (more at link) 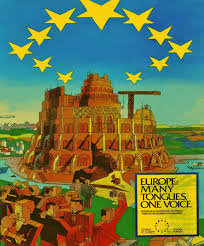 Although the sculpture can be considered a beast, not of the biblical sense though. I wouldn't be surprised if the UN relocated there.

James Roberts favorited Chris of the family Masters's discussion The New Biophysics: A Deep Dive into the Quantum Rabbit Hole of Esoteric Physiology
43 minutes ago

Chris of the family Masters posted discussions
59 minutes ago

James Roberts commented on James Roberts's blog post Hospital Videos From All Over - No Sign of Emergency (Youtube Video Links From Zerohedge Comments)
"On Rivero's show today, a caller said they were emptying the hospitals out for an imminent ave…"
1 hour ago

"Yeah, ANTIFA stands firmly with Trump, on this issue. Thank you Maas, KoC and cheeki kea for the…"
1 hour ago

"so hear we go once again fake news, fake photos, but people keep watching the fake news. I'm…"
2 hours ago

"Agreed cheeki kea, I feel for my children and their children. Movements like Antifa, the Global…"
2 hours ago

"photo not showing up, I wonder why ? I must have done something wrong."
2 hours ago