Will America Go the Way Of Greece? 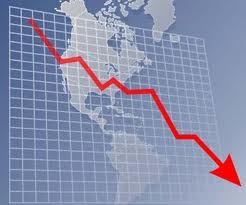 Greece The Future Of Us All

There's been much talk about the fiscal plight of Greece. That Mediterranean vacation spot where much of our western civilization derived science and philosophy from not to mention the myths of the Greek Gods. Yet, Greece has evolved into economic pitfall that it will not recover from. All that can be done is to delay the inevitable. What got Greece into this problem and how does their debacle mirror a potential parallel for our nation?

If money is at the root of all evil then surely socialism, statism, collectivism, or Communism is at the root of all evil when it comes to the implosion of viable free societies. What begins in all societies rife for the propaganda of the left and therefore a system of economics that ends up impoverishing the people under the aegis of government created utopianism is the malignancy of socialism. There many elements to the framework that begins to undermine an otherwise healthy society who uses free enterprise as its economic generator from the private sector. The incentives that create millionaires and dynamic individuals who over come adversity for the sake of a better life also spawns those who want to give back. That society is enhanced.

The formula for success

Incentivizing hard and diligent work with financial reward is not evil nor is it abusive to a society, but it evokes emulation for others to use a positive guidepost so that a successful formula is repeated and this spawns other successful entrepreneurs thus magnifying goodwill, prosperity, and increased financial reward. There is healthy competition and more commerce shared among productive individuals and groups of people who work hard, educate themselves, and reap the rewards of their honest labor. This simple theme is at the very heart of capitalism despised by leftists who want to use government as a weapon against the prosperous painting them as undeserving, unfairly privileged, and discriminatory when this is merely the poisoned envy of those who want all these things handed to them without earning the prosperity that we associate with honest hard work.

Since the turn of the 20th Century foreign elements and rich megalomania families have sought to inject socialism into the fabric of US society by contaminating public education with it, interjecting it through entertainment, and using our government as a staging mechanism for it. Communism has no room for individual achievement only the consensus of the vast group of useful idiots who regurgitate the rhetoric repeated over and over again until the lie becomes truth. Just as in fascist dictatorships, mob rule becomes law and moralistic conduct is redefined as criminal. Religion becomes the scapegoat for all the shortcomings of that society which have been caused by the cancer of socialism itself.

In order to sell a counterproductive ideology that will strip the people of their rights and way of life straw men must be created. These straw men are theoretical evils that represent a threat to the socialist ideology that cannot survive the light of day. Deception, propaganda, and false narratives must be constantly interjected to that chaos and havoc replace the norm. In an unstable environment change and transformation of a relatively content society can happen much more quickly when the seeds of unrest are sown. So we see this in America today under the Obama White House where no crisis is allowed to go to waste.

By creating class warfare and hatred of the rich, the radicals begin to change a successful formula of economics into one that is heavily regulated by the government. Under a false narrative of equality taxation becomes the great equalizer to fund useless social programs that never work, but are there for indoctrination purposes to convince the pawns of the left that these is something happening that is labeled as "social justice" when it is only a money gobbling illusion created by a movement that wants to rule with arrogance and force. Governance becomes lost in the fog of misdirection and implemented unrest. A few paid agitators create strife. Appointed officials carrying their Communist Party cards begin to dictate policy without vote or purview of the public.

All of Europe is on the brink of bankruptcy. Greece is simply closer to the edge of the abyss than it's neighbors in the rest of the European Union. What do all the nations of Europe have in common? They have huge pension entitlements, socialist programs, nationalized unions, and social benefits that exceed the revenues of the governments who have bought the votes in order to remain in rule. social engineering through leftist government tampering has led the Europeans on the same path that bankrupted the Soviet Union during the Reagan era as a Communist regime tried to compete with a capitalistic society that could produce more, earn more, and still provide of its citizens with a healthy economy. Russians found themselves living the lives of oppressed peasants living under the falsehoods of the Marxist dialectic.

How the system caved

As people demanded more and more from their Greek government in the form of entitlements deficits with fewer work hours the insurmountable debt made a viable currency and an accountable banking system unfeasible. the good life without work, innovation, or due diligence doomed Greece to a downfall it will be hard if not impossible to overcome. If Americans take a good long look at Greece's debacle  they will see the future of an America teetering from the fundamental transformation of the Obama doctrine. America is being assaulted on all fronts by a president who says one thing while implementing something entirely different.

With unfunded liabilities in the trillions such as Social Security benefits and massive entitlements used to buy votes, President Obama and the Democratic party have single handedly destabilized the US economic system and have ensured that a future monetary collapse is inevitable. Like Greece, it is only a matter of time. Quantitative Easing by the Federal Reserve has diluted the actual value of each US dollar down to 3 cents of its original worth!

Of all the befuddled members of the European Union who are experiencing economic downturns only Germany is strong. Why? Germany utilizes conservative principals and less regulatory restrictions compared to its European counterparts. Such principles under the Reagan administration masterminded a historic fiscal revival never seen before in America and has not been seen again for too long since the US federal government has strayed away from a successful fiscal strategy for the sake of radical ideological lunacy. Socialism is at the root of the evil that now plagues America, blinds the useful idiots, and robs the citizens of their prosperity. If Washington DC does not wake up from its stupor of counterproductive leadership, America will simply become a larger version of Greece.

I certainly hope that the U.S. gets back to its roots and picks up the shredded constitution once again. Large part of the US GDP depends on the military industrial complex that produces weapons, rockets, ammunition etc. that is destroyed in wars for oil and world domination. That is no real production but waste of resources. Meanwhile the national debt exceeds all limits and debt slavery looms around the corner.

However, it's not fair to overstate the importance of the military industry and the army. You do have the GMO, pharmaceutical poison cooks, usury banking "industry", Hollywood sex and violence propaganda machine, Fluoride industry with aluminium as its by-product, data processing and intelligence collecting industry, CIA and FBI to do the wet jobs, and some others that I cannot remember right now, you can fill in the gaps.

I was looking for an electric drill and had hard time to find one that was not made in China. Same applies for electronics, tools, clothes etc. The products may have an American, European or Japanese brand name but when you look carefully, they have been made in China! It's absurd how the supposedly capitalist west has taken its production to the supposedly communist China, don't you think? It's a totalitarian system all over the world. It's a system where the usury cabal rules, abuses and enslaves.

United States had its chance to get free of the usury cabal's power some 239 years ago, but fell under their power shortly after that. The final nail in the coffin was hammered in on 1913, when the neither Federal nor Reserve, the Federal Reserve was established to lead the country into wars and destruction and its people into debt slavery.

So you may think that the US will continue as a world bully police. I believe that the usury cabal will only suck you dry, steal your land and hand that policing job to the totalitarian China. Chinese army doesn't speak English or other world languages, except Chinese. That's why they are an ideal candidate to police the world.

China has not surpassed USA GDP even under the idiotic policies of Obama but the propaganda will lead you to believe that. Under Bush the US economy grew in a single fiscal period the size of the entire Chinese economy. Yet the fools on the hill have seen to it that America will fail!

The whole world is going that way. Only China remains as a producer and the future world police, but they also are controlled. Russia seems to have got out of line for a moment. I hope they can keep it up.

Comment by Central Scrutinizer on July 21, 2015 at 6:46pm
yes, yes it will
already started

"That should be erected all over the United States! Hilarious! "
52 minutes ago

"The solution must be more permanent than that.  These parasites have survived and spread…"
6 hours ago

In a video posted on Facebook, a legalistic evangelist set a flame of a pair of Mormon ceremonial…See More
15 hours ago
0 Comments 0 Favorites