You’re Probably a Criminal, Too

You’re Probably a Criminal, Too 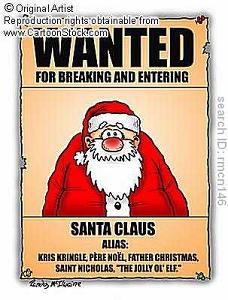 Last week, Reps. Bobby Scott (D-Va.) and Louie Gohmert (R-Texas) held much-needed hearings on the ever expanding reach and scope of federal law which, given a creative prosecutor and compliant judge, can make a federal criminal out of just about anyone.

One witness who testified at the hearings is convicted federal felon Krister Evertson. The Heritage Foundation’s Brian Walsh has a write-up . What happened to Evertson is so outrageous, it merits a lengthy excerpt:

Krister never had so much as a traffic ticket before he was run off the road near his mother’s home in Wasilla, Alaska, by SWAT-armored federal agents in large black SUVs training automatic weapons on him.

Evertson, who had been working on clean-energy fuel cells since he was in high school, had no idea what he’d done wrong. It turned out that when he legally sold some sodium (part of his fuel-cell materials) to raise cash, he forgot to put a federally mandated safety sticker on the UPS package he sent to the lawful purchaser.

Krister’s lack of a criminal record did nothing to prevent federal agents from ransacking his mother’s home in their search for evidence on this oh-so-dangerous criminal.

The good news is that a federal jury in Alaska acquitted Krister of all charges. The jurors saw through the charges and realized that Krister had done nothing wrong.

The bad news, however, is that the feds apparently had it in for Krister. Federal criminal law is so broad that it gave prosecutors a convenient vehicle to use to get their man.

Two years after arresting him, the feds brought an entirely new criminal prosecution against Krister on entirely new grounds. They used the fact that before Krister moved back to Wasilla to care for his 80-year-old mother, he had safely and securely stored all of his fuel-cell materials in Salmon, Idaho.

According to the government, when Krister was in jail in Alaska due to the first unjust charges, he had “abandoned” his fuel-cell materials in Idaho. Unfortunately for Krister, federal lawmakers had included in the Resource Recovery and Conservation Act a provision making it a crime to abandon “hazardous waste.” According to the trial judge, the law didn’t require prosecutors to prove that Krister had intended to abandon the materials (he hadn’t) or that they were waste at all — in reality, they were quite valuable and properly stored away for future use.

With such a broad law, the second jury didn’t have much of a choice, and it convicted him. He spent almost two years locked up with real criminals in a federal prison. After he testifies today, he will have to return to his halfway house in Idaho and serve another week before he is released.

So he was convicted of “abandoning” the hazardous materials in Idaho because he was in an Alaska jail awaiting trial on the bogus safety sticker charge for which he was acquitted. But he wasn’t allowed to use that in his defense. Nor were prosecutors required to prove that the materials he didn’t really abandon were actually waste. Note too the ridiculously paramilitary confrontation and arrest for the non-crime of failing to affix a safety sticker to a UPS package.

by: Radley Balko
The Agitator Blog

Judge Alex Kozinski and Misha Tseytlin have an excellent essay entitled "You're (Probably) a Federal Criminal" [w/i In the Name of Justice ]. As they put it, "most Americans are criminals, and don't know it, or suspect that they are but believe they'll never get prosecuted." You are a federal criminal if you have done any of the following:

1. Used any of the hundreds of substances banned by federal law, including smoking small amounts of marijuana and the like when you were in college. The last three presidents of the United States are all federal criminals under the drug laws, as are probably the majority of people who went to college in the last 40 years. Kozinski and Tseytlin cite statistics suggesting that nearly half of Americans have taken banned drugs at some point in their lives. The next presidential state of the union address should perhaps begin with "My fellow federal criminals," instead of the traditional "My fellow Americans." It would be a great teaching moment!

2. Underpaid federal taxes (often even inadvertently). As even sophisticated players like certain Obama Administration officials have learned, the federal tax laws are often so complex and bvzantine that it's not hard to violate them by accident. If you do, there are often criminal penalties attached.

3. Cut corners in your business dealings. The federal mail and wire fraud statutes are so broad that virtually any sharp business practices can potentially be prosecuted as a federal crime. Indeed, as Kozinski and Tseytlin explain, the statute criminalizes actions that deprive employers or customers of "the intangible right to honest services," which in many cases leads to the imposition of criminal penalties on professionals who are guilty of nothing more than doing a poor job (sometimes in cases where their poor performance didn't cause any harm.

4. Mishandled supposedly dangerous substances or did a poor job of supervising workers who handled them. Federal regulations criminalizing such conduct often punish people even if their actions didn't create any real danger to life, health or public safety.

5. Violated a wide range of miscellaneous federal regulations. There are far too many of these to list. Kozinski and Tseytlin discuss some of them. One example is the Lacey Act, which makes it a federal crime to violate most American and even foreign fishing and wildlife regulations. They note a case where a group of businessmen were imprisoned for violating an obscure Honduran fishing regulation that even the Honduran government itself claimed was invalid.

The vast scope of federal criminal law is a very serious problem. Because of it, most Americans are effectively at the mercy of federal officials whenever they might choose to come after us. We are used to thinking of "criminals" as a small subset of the population. In that happy state of affairs, criminal law threatens only a small number of people, most of whom have committed genuinely heinous acts. But when we are all federal criminals, perfectly ordinary citizens can easily get swept up in the net simply by being unlucky or because they ran afoul of federal prosecutors or other influential officials. Overcriminalization also leads to the longterm imprisonment of hundreds of thousands of nonviolent people (mostly as a result of the War on Drugs, but many for other reasons as well) who haven't caused any harm to the person or property of others. Some 55% of all federal prisoners are nonviolent drug offenders. In addition, the ability to convict almost anyone of a federal crime means that federal officials have wide discretion to punish people who are unpopular, politically weak, run afoul of the current administration, or otherwise become tempting targets. Tellingly, the people who get imprisoned for nonviolent drug offenses are mostly poor and lacking in political influence, while middle class people who do similar things are less likely to be singled out by federal prosecutors.

To me, the amazing thing is not that federal prosecutors sometimes abuse their enormous powers, but that they don't do so far more often. However, as federal criminal law continues to expand, it will be more and more dangerous to keep relying on their self-restraint or that of the Department of Justice.

These dangers are not unique to federal law. State criminal law has been expanded too far as well. However, states that overcriminalize risk losing people who "vote with their feet" either because they fear imprisonment or because they don't want to pay the high taxes needed to finance an overgrown criminal justice and law enforcement system. It is far more difficult to escape the feds. It is, therefore, no accident that the vast majority of federal prisoners are either nonviolent drug offenders or people who commit regulatory "crimes," while 72% of state prisoners have committed either violent offenses (53%) or property crimes (19%). Overbroad state criminal law is a menace. The fact that we are all federal criminals is even worse.

UPDATE: I want to briefly address two points regarding the statistic I cited indicating that 55% of federal prisoners are nonviolent drug offenders (both raised by various commenters and e-mailers). First, it is true that most of these people are small-time traffickers rather than mere users. That does not, however, take away from the fact that mere users are also subject to heavy penalties under federal law. Most are spared them, but only because of underenforcement. In any given case, federal prosecutors still can go after users if they so choose, which leaves a large part of our population effectively at the feds' mercy. Also, the plight of the traffickers is still significant. Even if you are more sympathetic to the War on Drugs than I am, it might still trouble you that people who sell small quantities of drugs are routinely sentenced to many years in federal prison.

Second, it is also likely that some of the people convicted of nonviolent drug offenses also, at some point, committed violent crimes for which they were not convicted (e.g. - perhaps for lack of evidence). However, it is implausible to assume this to be true for the vast majority of the hundreds of thousands of people imprisoned for nonviolent drug crimes. And, in a free society, we should not imprison people for activities that do not deserve lengthy prison terms in themselves merely because we suspect that they committed other, worse, deeds.

Moreover, much of the violence that drug dealers engage in is itself a product of the War on Drugs. By creating a vast illegal market, the War on Drugs creates opportunities for organized crime and gangs, which in turn tend to enforce their contracts and property rights through violence, since they obviously cannot turn to the legal system to do so. This point is made in numerous social scientific studies of the War on Drugs, such as Dukes and Gross' America's Longest War. In addition to the moral problems, citing drug-related violence as a justification for imprisoning people for nonviolent drug offenses ignores the fact that drug prohibition is itself the major cause of such violence.

Parrhesia replied to Less Prone's discussion Candace Owens Drops New Trailer For ‘The Greatest Lie Ever Told: George Floyd And The Rise Of BLM’
"I did not mean it as a put down to Candance Owens at all.  Fight one lie at a time and this is…"
15 minutes ago

Less Prone replied to Less Prone's discussion Candace Owens Drops New Trailer For ‘The Greatest Lie Ever Told: George Floyd And The Rise Of BLM’
"You are right, there are bigger lies - a lot bigger. However, it is good that Candance, as a black…"
22 minutes ago

Bob of the Family Renner posted blog posts
34 minutes ago