This excerpt from a crucial 1985 interview with KGB Defector Yuri Bezmenov throws our predicament into stark relief.

Essentially "our perception of reality" has been changed so we mistake evil for good, and embrace our own destruction. This is

Satanism, inversion of all values.

By evil, I am referring to Zionism, globalism, feminism, liberalism, abolition of Christianity, gender, sexual degeneracy, family, in a word Communism, i.e. Cabalism (Jewish satanism.) Protocols 16 says society will be inducted into "our faith".

Bezmenov explained that liberals, "social justice warriors" and antifa will be lined up and shot because, when they realize they have been duped, they will represent a threat. He says that once people are brainwashed, you cannot make them see the light until they are made to suffer.  This certainly applies to most liberals and Jews today. In retrospect, the Vietnam War was key this process of national subversion.

Another point of interest, Bezmenov says the USSR was sustained by Western governments, banks and corporations, (i.e. central banks) which means the West is already subverted. This is the Deep State. Trump is a maverick who recognized he could seize power by promising Americans a stay of execution.

Bezmenov's KGB job had been to convince foreigners the USSR was a worker's paradise when in fact it was a brutal police state detested by its citizens. He implies that this fate is in store for the West. He defected in 1970.

Bezmenov--"But in reality, the main emphasis of the KGB is not in the area of intelligence at all... only about fifteen percent of time, money, and manpower is spent on espionage as such. The other eighty-five percent is a slow process which we call either ideological subversion, or active measures, (~Activitia perionachia, in the language of the KGB), or psychological warfare. What it basically means is to change the perception of reality of every American to such an extent that despite the abundance of information no one is able to come to sensible conclusions in the interests of defending themselves, their families, their community, and their country. It's a great brainwashing process which goes very slow and is divided into four basic stages. The first one being demoralization.

It takes from fifteen to twenty years to demoralize a nation. Why that many years? Because this is the minimum number of years which requires to educate one generation of students in the country of your enemy exposed to the ideology of the enemy. In other words Marxist-Leninism ideology is being pumped into the soft heads of at least three generations of American students without being challenged or counter-balanced by the basic values of Americanism, American patriotism. ...

Yuri Bezmenov: They serve purpose only at the stage of destabilization of a nation. For example, your Leftists in the United States, all these professors and all these beautiful civil rights defender, they are instrumental in the process of subversion, only to destabilize the nation. When the job is completed, they are none, they are not needed any more. They know too much. Some of them, when they see the Marxist-Leninists come to power, obviously, they get offended. They think that they will come to power. That will never happen, of course. They will be lined up against the wall and shot. But, they may turn into the most bitter enemies of Marxist-Leninism when they come to power. ... The moment they serve their purpose, all these useful idiots are used, either be executed entirely, or exiled or put in prison. Many former Marxists are in Cuba, are in prison. 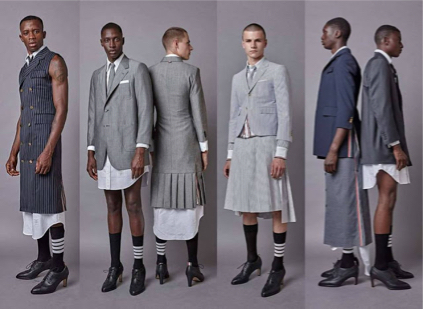 So, basically, you in America are stuck with demoralization. And unless, even if you start right now, here this minute, educating a new generation of Americans, it will still take fifteen or twenty years to turn the tide of ideological perception of reality and normalcy and patriotism.

The result? The result you can see. Most of the people who graduated in the sixties, dropouts or half-baked intellectuals are now occupying the positions of power in the government, civil service, business, mass media, educational system. You are stuck with them. You cannot get rid of them. They are contaminated. They are programmed to think and react to certain stimuli in a certain pattern. You cannot change their mind even if you expose them to authentic information. Even if you prove that white is white and black is black. You cannot change the basic perception and illogical behavior. In other words, these people, the process of demoralization is complete and irreversible. To rid society of these people you need another twenty or fifteen years to educate a new generation of patriotically-minded and, and common sense people who would be acting in favor and in the interests of United States society.... 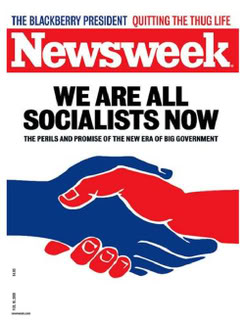 The demoralization process in the United States is basically completed already. For the last thirty-five years. Actually, it is over-fulfilled because demoralization reaches such areas where previously, not even Comrade Andropov [1911-1984] and all his experts would even dream of such a tremendous success. Most of it is done by Americans to Americans, thanks to lack of moral standards. As I mentioned before, exposure to true information does not matter any more. A person who is demoralized is unable to assess true information. The facts tell nothing to him. Even if I shower him with information, with authentic proof, with documents, with pictures. Even if I take him, by force, to the Soviet Union and show him concentration camp, he will refuse to believe it until he is going to receive a kick in his fat bottom. When the military boot crashes his, then he will understand. But not before that. That is the tragedy of this situation of demoralization.

The next stage is destabilization. This time, the subverter does not care about your ideas, the patterns of your consumption, whether you eat junk food and get fat and flabby. It doesn't matter anymore. This time, and it only takes from two to five years to destabilize a nation, what matters is essentials, economy, foreign relations, defense systems. And you can see it quite clearly in sensitive areas as defense and economy. The Marxist-Leninist ideas in the United States is absolutely fantastic. I could never have believed in fourteen years ago [1971] when I landed in this part of the world that the process would go that fast.

The next stage is crisis. It may take only six weeks to bring a country to the verge of crisis. You see it in Central America now. And after crisis, with a violent change in power, structure, and economy, you have the period of so-called normalization will last indefinitely. Normalization is a cynical expression borrowed from Soviet propaganda. When the Soviet tanks moved into Czechoslovakia in '68, Brezhnev said, 'now brother Czechoslovakia is normalized.' This is what will happen in the United States if you allow all these schmucks to promise all the goodies and paradise on earth to destabilize your economy, to eliminate the principle of free market competition, and to put a big brother government in Washington, D.C. with benevolent dictators like Walter Mondale who will promise lots of things, never mind if they are fulfilled or not. He will go to Moscow to kiss the bottoms of the new generation of Soviet assassins. Never mind. He will create false illusions that the situation is under control. Situation is not under control. Situation is disgustingly out of control.

Most politicians, media, and educational system frames another generation who think they are living at the peace time. False. The United States is in a state of war against the basic principles and the foundations of this system.

And the initiator of this war is not comrade Andropov of course. It's the system. However ridiculous it may sound, the world Communist system, the world Communist conspiracy. Whether I scare some people or not, I don't give a hoot. If you are not scared by now, nothing can scare you. But you don't have to be paranoid about it. What actually happens now, that unlike myself you have literally several years to live on unless the United States wake up. The time bomb is ticking. Every second the disaster is coming closer and closer. Unlike myself, you will have nowhere to defect to, unless you want to live in Antarctica with penguins. This is the last country of freedom and possibility.

G. Edward Griffin: OK, what do we do? What is your recommendation to the American people?

Yuri Bezmenov: The immediate thing that comes to my mind, of course, there must be an immediate, very strong national effort to educate people in the spirit of real patriotism, number one. Number two, explain the real danger of socialist, Communist, whatever welfare state, big brother government. If people will fail to grasp the impending danger of their development, nothing ever can help United States. You might kiss goodbye to your freedoms, including freedoms to homosexuals, prison inmates, all this freedom will vanish, evaporate in five seconds, including your precious life.

Text of Full Bezmenov Interview    Bezemnov's other writing are available at this site as well.

"We rarely use guns to kill people and take their country. The cleanest way is to blackmail, pervert, bribe, lie and intimidate the POLITICIANS and the MEDIA, and they will destabilize and disunify their own country for us. Then all we have left to do is to arm the procommunist or simply criminal factions and we have a coup and another "liberated" country. As neat as that."

Logical facts Won't get through to the young. Creative Truth, is the answer. ( Statement, fact, conclusion, and then Choice.) Their choice To do, or not to do. Give them a no brainer example of fact and True outcome that could feasibly relate to them 'personally'. This makes them think about how it would F e e l to be in suffering or discontent and they'll comply in making the correct choice. A cut and dry stance is required with the brainwashed young.

Comment by Chris of the family Masters on December 31, 2019 at 12:15am
I experience this almost daily trying to inform young people. Vast majority are beyond redemption, totally compromised. They look for fun, don't have a time for "negativity" as they call reality. It's a tragedy waiting to happen to all of us.