What is Adam Kokesh's address? He needs to be drinkin' sulfur water. It neutralizes acid thats caused by stress that is dumped into your small intestine. Would make him far more calm and grounded. I predict that if he does this march, the CIA will probably insert a mind controlled goon, someone like James Holmes into his march, and they'd have the guy shoot a cop. Thats all we need. It would give the media everything they need to demonize all gun owners, and the timing couldn't be worse because on June 3rd or thereabouts the Obamination is going to sign the UN ATT, and if a mind controlled goon inserted into Adam's march were to "set the spark off" the media pressure would probably result in Congress ratifying the ATT. That would not help us at all, especially at a time when GOA especially is doing such a great job of stopping gun control legislation in Congress via grass roots pressure. I am a professional lobbyist and I see whats unfolding here in terms of years of lobbying on Capital Hill. I moved from Virginia 10 years ago to move to the west coast because I got to the point where DC just made me wanna puke, people have no idea how bad the corruption is there til they attempt to do anything and see it first hand. A hearing that I pushed for for 5 years was whitewashed on March 20, 2001. I wasn't allowed to testify, my witnesses weren't allowed to testify, the whole thing was rigged. I really do feel a revolution is long overdue, but only fools rush in the way Kokesh is planning on doing, and an "army of cameras" will NOT protect you from an agent provacateur if one is embedded in the ranks of Kokesh's army. Again, read the lawsuit John St. Claire Akwei v NSA. It never went anywhere because they don't allow lawsuits against NSA to go anywhere but he filed it anyway for information purposes....I hit the third rail on this site months ago for very candidly saying what I think of AJ so I won't repeat myself about him except to say I don't trust him at all. Realize some will probably flame me. Thats ok, flame away, I will ignore any and all flames re this topic simply because I know I'm right about this from personal interactions with the man that most people haven't had, and thats all I will say except to say that some people have no concept of what controlled opposition is. Bill Cooper was the real deal. They whacked him. I knew him. I brought food to his house in Eager AZ when he was holed up after he had to send his wife away knowing he would be whacked. AJ = zionist shill. Mark my words, if Kokesh does his armed march, no good will come from it, they'll stick a mind controlled goon into his army, the goon will shoot a cop, that would trigger open season on gun owners and total evisceration of second amendment, we'd be put under national martial law, roving TSA viper teams all over, in malls, on interstates, etc, would lead to total war. Would not be good, this is not 1776, this is 2013, keep in mind what happened to the Iraqui troops in first gulf war, US military used microwave weapons on em, and they all surrendered en masse.... Kokesh is all balls, no brains. Total loose cannon. Call GOA, ask them why they have never said one word about him.... I agree with them.

Krypto- whats your address? Will send u some free sulfur, u way too uptight man. Drinkin' sulfur is like gettin' stoned, only u have way more energy, but same mellow feeling.

We could end war on planet earth if enough people drank organic sulfur water, here is why: check out the periodic chart. Sulfur is way over to the right side where the more reactive elements are. It has 16 electrons and protons in its outer shell which means theres very few things it won't form chemical compounds with.

When you mix MSM with water, and drink it, it doesn't enter the cell, what it does is it open up cell membranes making them more porous, allowing 02 to flood into the cell, pushing out all toxins, inc toxic heavy metals being sprayed on us via chemtrails.

Forms a sulfate of anything it touches, and since its a mineral that can't be stored in the body, it MUST exit, so it CHELATES all the aluminum, barium, strontium, arsenic, mercury, and other CRAP being sprayed on us to safely remove it from the body so we won't get Alzheimer's, Cancer, Morgellons, Asthma, Allergies, Mental Illness, or suffer other health problems being caused by all the spraying.

Aircrap.org just reposted an old mssg of mine from a few years ago.... ( see http://aircrap.org/whistleblower-contacts-iahf-inside-info-chemtrai... )the "geoengineers" can use nano fibers being sprayed on us to microchip us via what they're spraying... we gotta get expert on detoxing... sulfur is very good for that, but its not the only thing.... much info in my very old reposted mssg that someone just put up on aircrap.org but also be sure to get some sulfur at http://www.sulfurforhealth.com/BUY-SULFUR.html  and see additional detox info at http://www.sulfurforhealth.com/How-do-Detox.html

This way, U can avoid bein' chipped like Adam K probably was. An army of people with cameras being with him would be ZERO protection against a false flag, because they'd just embed someone under MC with him and now one with a camera could detect this.

BTW- I drink sulfur water all day long and its great! It neutralizes acid caused by stress thats dumped into your small intestine, so it keeps U really calm, grounded and focused. Id send some to Adam for free if he'd use it, he really needs to chill out!

He's been drinkin' way too much xpresso while smokin' tons of weed, and usin' whatever, coke, acid, the guy's really trippin with this shit! He's a dangerous loose cannon!

What You See is What You Get. 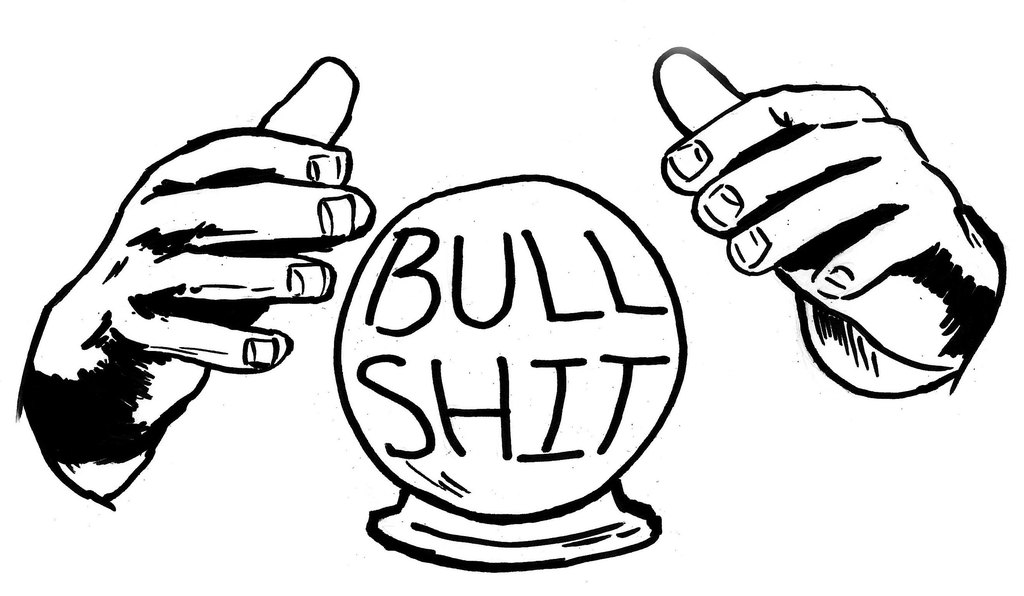 Deep Space: Don't be naive. Adam is a very dangerous loose cannon. I am a member of GOA, JPFO, NAGR, (won't join NRA since they're a bunch of pussies who compromise to Fedstapo in ways unacceptable). I have been having internal dialogue with contacts close to me at GOA, JPFO, NAGR and they do NOT back Adam's march for same reasons I don't. Would be child's play for CIA to insert a "James Holmes" Mind Controled individual into Adam's Army because Adam is an undisciplined anarchist type who would NOT vet whoever showed up at Arlington National Cemetary "with a rifle slung across their back" so literally ANYONE, including a Mind Controlled Sleeper Agent could EASILY be inserted into his midst. A guy with a joy stick sitting at a computer terminal inside Ft.Meade could literally see through the dudes eyes, and put thoughts directly into his brain, and if you think thats "science fiction" you ain't read John St.Claire Akwei v NSA.....(google it).

NSA has abilities avg joe ain't seein'. I am, my DAD was Captain, US Naval Intelligence. He HATED CIA. Always told me "those fucking limey bastards AREN'T part of our gummint, damnit". I'd say "yeah"? He'd say, "thats right! They're globalist bastards tryin' to destroy the constitution, and NONE of us in Naval Int trust 'em! We have to work with 'em, but we don't TRUST 'em!"

Dad died back in '91, but have never forgotten his words. He was good man. Knew how to set boundaries. HARD boundaries. Did military inspection on my room growin up. Dust? Would give me chair sit against wall til I'd collapse, push ups til would collapse again, sit ups til would collapse again, then he'd make me run 10 miles in front of bumper of his car, threatenin' to run my ass over.

Anyway man, would be child's play for CIA to insert a James Holmes MC guy into Adam's march, have that guy shoot a cop on the bridge, then media would have field day, and Congress would ratify the UN Gun Ban, then we'd have National Martial Law, roving Viper teams of TSA agents all over Interstate, in shopping malls, everywhere, and they'd accelerate global economic crash, we'd see Euro crash now that Cypress has set spark off on that bomb, then we'd see cascade of economic chaos, the dollar would be brought down, they'd march us into post offices to receive our microchips, and it would be on man.

Right now, all we have is a culture war, but its leading up to something THEY WANT to TRIGGER OFF somehow. Has it ever occurred to U that a lot of ex mil were chipped when they were in the service? How do U know Adam himself wasn't? Read John St. Claire Akwei v NSA.... google it, eh?

What I would do if I were NSA, is I would use same microwave weapons that were used in the first Gulf War when all those Iraqui troops surrendered en masse, and I'd beam those frequencies directly on Adam and his marchers. They'd lay their weapons right down on that bridge. No shot would be fired. I'd throw 'em all in Guantanamo, and I'd get the UN gun ban ratified in Congress, then I'd sick roving TSA Viper teams on the masses via checkpoint charlies all over the place...

Don't be a naive fool. Adam's a loose cannon. He has no backing from GOA, NAGR, or JPFO and theres a lot of good reasons why. Keep your powder dry, if U are even armed at all.

Comment by suzie on May 16, 2013 at 3:16pm
An army of cameras is a great idea! I like what Alex said: none of us are getting out of this thing alive! Haha I have recently heard a caller on RBN say " fortune favours the brave " .. I have almost been persuaded to think maybe Adam shouldn't do this by some voices in the patriot movement but you know when the rubber meets the road I feel like we must back Adam because he is only doing what we should be able to do, its about time we played defence in my opinion, yes let's see if the words of our government are true .. They say in America we have the right to bear arms. Do we? What don't we get about " shall not be infringed" I have to date not changed my mind on this event. My first instinct before I heard any chatter was .. Wow sounds good, not thinking about provocateurs, are we not hip to there commie pinko MO yet? Having an army of cameras is truly insurance not insurance no one will start something bad,.. but insurance that it will be "televised ". .

Central Scrutinizer commented on Doc Vega's blog post Just Walk Away
"NP my friend, ya earned it...  ;)"
26 minutes ago