Portland Antifa Violence Against Senior Citizens
Antifa actually posted these videos of themselves attacking any motorists that came into their (illegal) protest area as shown. Their tweet matter-of-factly ... 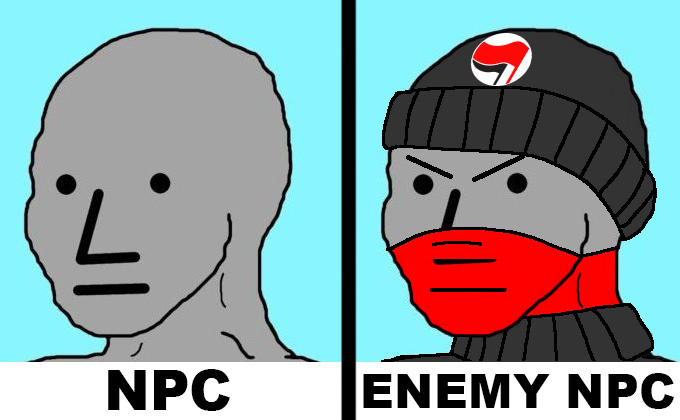 Without statements from the people in the path of the silver Lexus, police say they may not have a case.

Portland police are seeking witnesses to a collision at Southwest 4th Avenue and  Madison Street on Saturday, in which the driver of a silver Lexus slowly pushed through a crowd of protesters crossing the street.

Video of the incident obtained by WW‘s news partner KATU-TV shows the car turning right into a crosswalk while the “walk” sign signaled that pedestrians could legally be in the crosswalk. A man dressed in black stops, plants his feet and places his hands on the hood of the Lexus. The driver continues to gently press the gas, slowly moving the man down the street several feet as other people bang on the car’s windows.

Portland police say the driver of the Lexus contacted the bureau and reported his vehicle suffered $3,000 in damage. The video shows protesters hit the exterior and photos show a cracked driver’s side window.

Police say they are seeking witness statements from the pedestrians to “learn what occurred from their perspective.”

A spokesman for the bureau says officers may forward evidence to the Multnomah County District Attorney’s Office without additional witnesses, but having the pedestrians’ statements might strengthen a case against the driver prosecutors decide to bring one.

“The information provided by those individuals is important and it would be optimal to provide the information to the MCDA for their review,” says spokesman Sgt. Christopher Burley. “It is important to note that the video may leave questions that cannot be answered without a person being present to answer the questions.”

This entire incident took place literally one block away from police central precinct headquarters, and not a single uniformed officer was dispatched to quell the unruly mob. One person managed to get a screen grab from one of the videos showing this brave “police officer” standing far away from the mayhem, refusing protect and serve.

So, according to this new legal standard, a mob of thugs apparently have the right to surround a police car of an “officer” on duty, threaten the officer, hit the car with fists and sticks, smash out the windows, and if the “officer” tries to escape the situation, then he is the one committing crimes while the innocent pedestrians then become the “victims”.

Notwithstanding the provisions of ORS 161.209, a person is not justified in using deadly physical force upon another person unless the person reasonably believes that the other person is:

(1) Committing or attempting to commit a felony involving the use or threatened imminent use of physical force against a person; or

(2) Committing or attempting to commit a burglary in a dwelling; or

(3) Using or about to use unlawful deadly physical force against a person.

This statute was interpreted by the Oregon Supreme Court in March of 2007. In State of Oregon v. Sandoval, the court ruled that Oregonians have no “duty to retreat” when faced with a violent confrontation.

So, Oregon law is not purely "stand your ground law".  But not to worry, the police were "monitoring" the situation.

PPB Sgt. Chris Burley said officers were monitoring the protest. Asked why police didn't step in when protesters went into the streets and affected traffic, Burley said the bureau "weighs the ability for people to gather to practice their First Amendment rights to freedom of speech and assembly, as well as the impact it places on the rest of the Portland community. Throughout this event the police bureau was monitoring the crowd."   https://www.koin.com/news/civic-affairs/protesters-damage-driver-s-...

Apparently, restricting a persons ability to freely travel, threatening them and damaging their property is okay vs the "protesters" right to freedom of speech and assembly.

Does Portland have a "stand your ground law"? This crap about blocking the street and beating on cars would not go well where I live. We have "ways" of dealing with this type of trash in our streets.

"True story about those cute little squirrels. I was standing in line at a Tome Thumbs to cash a…"
5 hours ago

Guardian of Scotland commented on stormtruther's blog post DC Mayor Muriel Bowser Demands Military Forces Leave White House Unguarded, While Simultaneously Organizing Violent Protests… Posted on June 5, 2020 by sundance …She Knows Exactly What She’s Doing!
"This woman is only a mayor. The United States Congress and the President of the United States have…"
5 hours ago

"Ha, thanks for the nice sentiment Mr Siz. squirrels lives matter, of cause, but less (if your a…"
11 hours ago

cheeki kea commented on Phyllis Maka's blog post TALK ABOUT BEING SCREWED BY THESE CENSURE CREATURES - THESE WACKYDOOS NEED MENTAL ASYLUM WITH BARS
"censured? Wow, good news, 12160 must be awesome then."
13 hours ago