There have been 13 senior financial services executives deaths around the world this year, but the most notable thing about the sad suicide of the 14th, a 52-year-old banker at France's Bred-Banque-Populaire, is she is the first female. As Le Parisien reports, Lydia (no surname given) jumped from the bank's Paris headquarter's 14th floor shortly before 10am. FranceTV added that sources said "she questioned her superiors before jumping out the window," but the bank denies it noting that she had been in therpapy for several years.

An employee of the Bred-Banque Populaire has committed suicide, Tuesday, April 22 in the morning at the headquarters of the bank. On her arrival at headquarters, quai de la Rapee, in the 12th arrondissement of Paris...

The incident occurred shortly before 10 am, 200 meters from the Ministry of Finance.

According to our sources, she questioned his superiors before jumping out the window, that formally denies the direction of the Bank.

"There is absolutely no evidence for designating his relationships with his hierarchy as responsible or letter or message " insists the direction of the communication FranceTV info.

It also speaks of a "very painful moment for the company" .

In an email to all employees consulted by FranceTV info, the management of the bank confirms the "death by suicide" and said "severely affected." It shows have established a psychological unit.

"For the moment, nothing puts the company in question, says the majority union SUNI-Bred/UNSA. The employee got along very well with her new team, her superior is very nice.

"According to a close," Lydia lived alone, in a difficult environment.

The human resources department states that this inhabitant of Ivry was in therapy for several years. Each describes a "secretive" but "very well known and popular" woman, but "never spoke of it."

This is the 14th financial services exective death in recent months...

1 - William Broeksmit, 58-year-old former senior executive at Deutsche Bank AG, was found dead in his home after an apparent suicide in South Kensington in central London, on January 26th.

3 - Gabriel Magee, a 39-year-old JP Morgan employee, died after falling from the roof of the JP Morgan European headquarters in London on January 27th.

4 - Mike Dueker, 50-year-old chief economist of a US investment bank was found dead close to the Tacoma Narrows Bridge in Washington State.

5 - Richard Talley, the 57 year old founder of American Title Services in Centennial, Colorado, was found dead earlier this month after apparently shooting himself with a nail gun.

6 - Tim Dickenson, a U.K.-based communications director at Swiss Re AG, also died last month, however the circumstances surrounding his death are still unknown.

7 - Ryan Henry Crane, a 37 year old executive at JP Morgan died in an alleged suicide just a few weeks ago.  No details have been released about his death aside from this small obituary announcement at the Stamford Daily Voice.

11 - Kenneth Bellando, 28, a trader at Levy Capital, formerly investment banking analyst at JPMorgan, jumped to his death from his 6th floor East Side apartment. 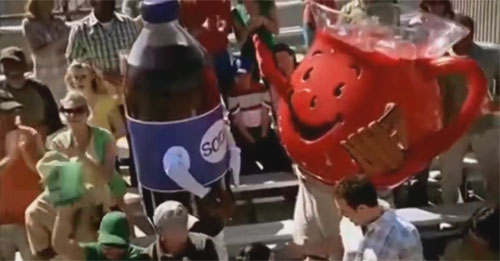 Or, "you can throw me out this window, but the truth will still come to light and you will pay for what you've done".

Her final thought before splattering into the pavement: "Man why didn't I take that job at the Apple factory where they have suicide nets?"

This song is quite fitting. I know it is redundant because yes, I have posted it a few times in other related supposed banker suicide postings ;)

Suspicious Deaths of Bankers Are Now Classified as ‘Trade Secrets’ ...

‘It doesn’t get any more Orwellian than this: Wall Street mega banks crash the U.S. financial system in 2008. Hundreds of thousands of financial industry workers lose their jobs. Then, beginning late last year, a rash of suspicious deaths start to occur among current and former bank employees.  Next we learn that four of the Wall Street mega banks likely hold over $680 billion face amount of life insurance on their workers, payable to the banks, not the families. We ask their Federal regulator for the details of this life insurance under a Freedom of Information Act request and we’re told the information constitutes “trade secrets.”’

They are passing death signals i guess

steve commented on steve's blog post PLENTY OF NATURAL GAS AND OIL TO LAST THOUSANDS OF YEARS - ROCKEFELLER INDUCE IDEA OF SCARCITY
"ralfy, in the information age there is no excuse for your blatant ignorance thats BILLION OF NET…"
31 minutes ago

ralfy commented on steve's blog post PLENTY OF NATURAL GAS AND OIL TO LAST THOUSANDS OF YEARS - ROCKEFELLER INDUCE IDEA OF SCARCITY
"The catch is energy return. There's around four hundred years' worth of oil underground…"
1 hour ago

"Fauci is such a pompous asshole.   When government scientists are receiving royalties,…"
2 hours ago

"TUCKER CARLSON: What really happened to the Nord Stream pipeline? "According to the Canadian…"
5 hours ago

Kentucky Sen. Rand Paul joined 'Kennedy' to discuss his recent clash with Dr. Fauci over the origins of COVID-19 and his promise that Republicans will invest...
5 hours ago
1 Comment 1 Favorite

Parrhesia replied to Parrhesia's discussion Apparent Sabotage Disables Nord Stream 1 and 2, Cutting Off All Direct Gas Supply to Germany from Russia
"Good point.  I still like listening to him occasionally, but I have noticed him making some…"
10 hours ago

So Woke It's Disgusting

Less Prone replied to Parrhesia's discussion Apparent Sabotage Disables Nord Stream 1 and 2, Cutting Off All Direct Gas Supply to Germany from Russia
"I have a little odd feeling about Leo. How come he's still alive?"
10 hours ago

Many games played:many more to come