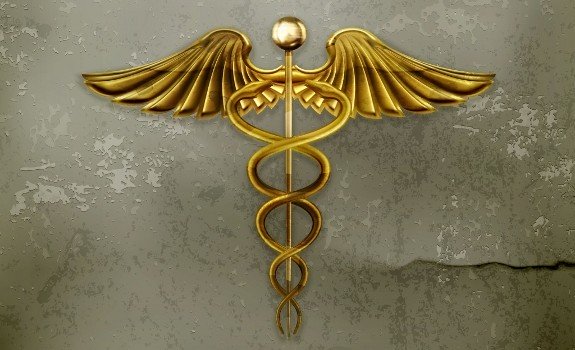 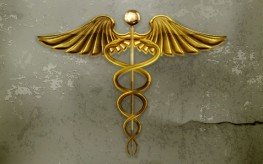 In case your wondering why the term “Medical Mafia” is used occasionally to describe the unholy trinity of AMA (American Medical Association), FDA (Food and Drug Administration), and Big Pharma, here’s a brief historical summary.

But first, important to note that I’m not against allopathic medicine. It’s very appropriate for physical trauma from injuries,emergency situations, and can be useful for various ailments. I am against the tyrannical monopoly they enforce with mafia-like tactics of threats, lies, distortions to ruin the lives of those who earnestly heal and prevent disease better and more safely.

The Financial Seeds of Medical Tyranny

Prior to the early twentieth century, thriving empirical medical practices, herbal and homeopathic, were more popular than allopathic medicine, which at that time specialized in surgery. This changed as influential individuals secured a spot on the financial empire.

The Carnegie, Morgan, and Rockefeller financial conglomeration at the turn of the 20th Century was the impetus toward total power over the medical field. Soon after their initial thrusts, it was the Rockefeller Institute that ensured the growth of this monopoly. After all, it was John D. Rockefeller who was quoted as saying, “Competition is a sin.”

Even the newly formed antitrust laws of the early 20th Century could not deter John D. from figuring out how to get around those restrictions with his oil business. One could say Rockefeller was the Godfather of antitrust law chicanery by playing shell games with his industries and retaining his monopoly.

The early centerpiece of his empire was oil. But early on, JD Rockefeller was aware of expanding his financial empire through the burgeoning pharmaceutical industry. His intention was to control the whole medical field, using the only remedies allowed, patented synthetic drugs.

So John D. started by donating to medical schools, beginning with the University of Chicago’s School of Medicine. The stipulations were that only pharmaceutical based medicine would be taught. Then he hired Abraham Flexner to tour medical schools of other traditions throughout the nation “evaluating” the treatments they taught.

From that came the 1906 Flexner Report, which was sufficient to persuade lawmakers into creating legislation that would license only physicians trained in patented chemical based pharmacology and surgery.

Meanwhile, John D. Rockefeller recruited JP Morgan and Dale Carnegie as partners for buying a controlling share of the German drug cartel I.G. Farben. The AMA had been in existence since 1847 as an allopathic physician’s union. It came into prominence as a ruling medical non-government agency from 1920 on, with exclusive power over granting and revoking medical licensing.

The AMA would ridicule other non-synthetic drug medical practices as “quackery” and ensure those practitioners were driven out of business. After all, competition is a sin, J.D. Rockefeller once quipped. Ironically, it’s reported that during this time, the Rockefeller family used homeopathy for their medical needs.

Morris Fishbein’s tenure as head of the AMA and editor of JAMA (Journal of the American Medical Association) from 1924 to 1950 set the precedent for terrorizing medical practitioners who strayed from accepted surgical and pharmaceutical dogma.

Occasionally, there were Sherman Anti-Trust Law suits against the AMA that succeeded. But overall, the legacy of AMA tyranny, with support from the FDA, has grown to become the enforcer for what many deem the ‘Medical Mafia’ today.

The Medical Mafia even managed to get past Senator Benedict Fitzgerald’s scathing congressional committee report in 1953. That’s because the report was conveniently buried in congressional archives until recently retrieved by medical crusader Dr. Stanley Monteith.

That report was originally ordered by Congressman Charles Toby, whose son was cured of terminal cancer by an alternative practitioner. Toby wanted to know why these cancer therapies were not easily accessible to the general public, so he tracked down every institute and publication involved with the cancer industry and carefully reviewed cases of suppressed alternative cancer treatments. He saw the cancer industry’s big picture clearly.

A quote from that report: “Behind this is the weirdest conglomeration of corrupt motives, intrigues, jealousy, selfishness, obstruction, and conspiracy I have ever seen.”

The Rockefeller Foundation’s tentacles began wrapping around top publishers and media moguls several decades ago. And Big Pharma currently spends billions on advertising. As a Bob Dylan line from one of his early songs goes, “Money doesn’t talk, it swears.”

It Really Has Frozen Over

Larry Flinchpaugh commented on Larry Flinchpaugh's blog post Pandemic Over Reaction
"This is hard to believe but if true, how do we stop this insanity?   Hopefully this is…"
7 hours ago

The New World Order Will Crash Economy Before Election

Support level of the 10 year bond quickly went from 3 percent to .699.  When this average goes…See More
9 hours ago
0 Comments 1 Favorite

"It's the religion of something that's for sure and it does not look peaceful. No wonder…"
9 hours ago