Former Navy SEAL and bestselling author of the book “American Sniper: The Autobiography of the Most Lethal Sniper in U.S. Military History” Chris Kyle was killed at the Rough Creek Lodge in Texas Saturday, NBC DFW reports.

Two people were killed Saturday at a gun range in Erath County. Three sources tell News 8 that one of the victims was Chris Kyle, a former Navy SEAL and author of the New York Times bestselling book, “American Sniper.”

Kyle was shot point-blank while helping another soldier who is recovering from post traumatic stress syndrome, News 8 learned.

An alert was issued for the suspect, who was reportedly captured in Lancaster, south of Dallas. The suspect was believed to be highly trained with military experience.  [Emphasis added]

Reports indicate the suspect actually took off in Kyle’s car and, according to KHOU, officials say the second victim may have been the suspect’s neighbor.

Lancaster police later confirmed that the suspect Eddie Ray Routh was arrested Saturday night and is expected to be charged with murder.  A spokesman for Lancaster police said officers flagged Routh and took him into custody at Interstate 35 and Camp Wisdom Road after a brief chase.

WFAA-TV released the following photo of Routh late Saturday night, but did not specify when the photo was taken:

Routh reportedly attempted to flee when approached by officers and crashed into a squad car.

Desoto had to assist because of wreck damage being severe. (Denton Record-Chronicle/Megan Gray)

Blaze Front Page Editor Jon Seidl spent time on the same ranch where the shooting occurred earlier this fall and describes it as a sprawling, secluded area “in the middle of nowhere.”  He recalls there being several shooting stations.  It is also the host site in December for the annual Spartan adventure race.

No matter what your individual style, Rough Creek Lodge and Resort is a “have-it-all” place for our “want-it-all” guests.

Rough Creek Lodge , Resort and Dallas Conference Center is nestled on 11,000 acres in the foothills of the picturesque Texas Hill Country. Located 90 minutes southwest of Dallas Fort Worth, Texas, our exquisite grounds boast 57 stylish guestrooms and suites, 4 exclusive cabins, and 2 opulent guest houses. Our Dallas lodging is finely decorated with sophisticated fabric, furniture and artwork to create a feel of rustic elegance for our guests.

Kyle was well-known both in his field and by the media, earning the nickname of “the devil of Ramadi” by insurgents, and “America’s deadliest sniper” at home.

You may also remember the time he punched former Minnesota Governor Jesse Ventura in the face.

Kyle served four tours of duty in Iraq and had 160 kills as a Navy SEAL, NBC DFW reports.  According to the Stephenville Empire-Tribune, he made his longest successful shot after he spotted an insurgent with a rocket launcher 2,100 yards (about 1.2 miles) away, near a U.S. Army convoy.

He is married and the father of two.

Before his death, Kyle weighed in on the gun control debate for SHOT Show 2013:

I am saddened to have to announce the tragic loss of another one of our own.  This has been a hard year for the Special Operations community, perhaps the SEAL community most of all.

Today Chris Kyle was shot and killed at a shooting range at the Rough Creek Lodge in Texas, murdered along with a second individual.

Chris had been volunteering his time to help Marine Corps veterans suffering from PTSD and mentoring them.  Part of this process involved taking these veterans to the range where one of them snapped and killed Chris and his neighbor for reasons that remain unknown at this time.  The perpetrator then stole Chris’ vehicle in an attempt to escape but we have received word that the police have since arrested him.

You can read the rest of the note at SOFREP.

This is a breaking news story. Updates will be added.

hris Kyle (born 1974) is a United States Navy SEAL was the most lethal sniper in United States military history, with 160 confirmed kills who wrote the best-selling book, "American Sniper," was one of two victims shot and killed at Rough Creek Lodge late Saturday afternoon. Chris Kyle and a friend were found dead at Rough Creek's shooting range.....

Deadliest sniper in U.S. military history is 'shot and killed point-blank by veteran suffering from PTSD' at Texas gun range

A former Navy Seal, expert sniper and best-selling author was reportedly gunned down at a Texas shooting range Saturday by a veteran who is recovering from post-traumatic stress syndrome.

Ex-Navy Seal Chris Kyle, 39, and another man were shot point-blank around 3:30 p.m. at a charity event on behalf of Kyle's security firm at the gun range at Rough Creek Lodge and Resort in Erath County.

The suspect, 25-year-old Eddie Ray Routh, was arrested roughly five hours later in Lancaster, Texas after a police chase. He was driving Kyle's truck at the time of the arrest, police said. Ex-Navy Seal Chris Kyle, author of 'American Sniper,' and a neighbor of his were shot point-blank by another veteran While in Iraq, Kyle survived being shot twice and he lived through six separate IED explosions as his unit, Charlie company of SEAL Team Three, saw significant combat

Investigators told ABC affiliate WFAA-TV that Routh is a former Marine who was suffering from post-traumatic stress syndrome.

While in Iraq, Kyle survived being shot twice and he lived through six separate IED explosions as his unit, Charlie company of SEAL Team Three, saw significant combat.

Despite the astonishing number of people he has shot, Kyle has said he never second-guessed himself since the first time he had to pull the trigger on a grenade-wielding woman in Iraq. Kyle, a husband and father of two, authored the New York Times best-seller 'American Sniper,' which chronicled his four tours in Iraq

'It was my duty to shoot the enemy, and I don’t regret it. My regrets are for the people I couldn’t save: Marines, soldiers, buddies. I’m not naive, and I don’t romanticize war,' he told Texas Monthly. 'The worst moments of my life have come as a SEAL. But I can stand before God with a clear conscience about doing my job.'

He left the service in 2009 in order to 'save his marriage' he told his publisher.

After leaving the Navy, he started his own military contracting firm, Craft International, which provides military and law enforcement sniper training, as well as private security and protection. After leaving the Navy, he started his own military contracting firm, Craft International, which provides military and law enforcement sniper training 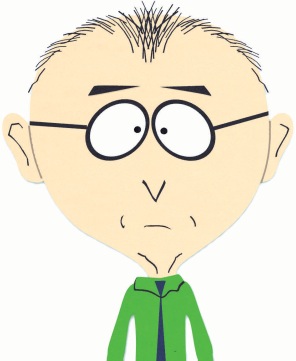 Well they shup him up didnt they. Its to bad he was great- He told the Truth and somone got close and he let his guard down.This is what happens when you let your guard down Moral here -do let your guard down-You can be friendly with people and then LEARN to Trust after a a lenghthly  Aquaintnceship-- But hey when the Gooooberment wants ya they will get to ya. This is a Tradgety . He could shoot them along way off and someone got 2 feet in front of him. In the old western days-the ones who one always shot the other guy in the back nd that is how the west was won. So guess who shot who in the back. Sad Day in Texas.... My heart goes out to the family-Ed

Karma is such a Bitch !

Live by the Sword, die by the Sword - Illegal occupation - based on lies - he has nothing to be proud of, save the fact that he did not deny anything he did and was obviously caught up in the culture of serving his Country even if he had to kill human beings in the process. The fact that killing another human being comes so naturally by Soldiers is a direct result of their induction and conditioning plus the fallacy of Nationalism and the Flag. When will we wake up to the manipulation of our minds that perverts our perceptions and denies who we truly are.

Permalink Reply by Chip on February 4, 2013 at 7:31am
Killing humans comes naturally for the illegals from our southern border as well. Maybe the snipers should be stationed on our borders.

Permalink Reply by Chip on February 4, 2013 at 7:12am
Ratliff, Noveske and Kyle.
Out spoken Pro second amendment Americans.
These three men had this in common. All of these men have been killed following the govs attack on the second amendment.

"that is the official story, although the first 3 should read CIA"
1 minute ago

"Except we won't get an olympic-sized swimming pool, a theatre with a stage and costumes to put…"
54 minutes ago

steve commented on Aaron's blog post NEW HEAD OF NEWS AT NBC-UNIVERSAL OPENLY PROMISES TO DISCRIMINATE AGAINST CAUCASIANS
"Buuuuuuuuuuut that's okey dokey cause of RAAAAAAAAAAAACISM AND SLAAAAAAAVERY. Steve"
4 hours ago

"Most of these folks look like GUESTs in MY COUNTRY and should start behaving as such, except for a…"
4 hours ago