HIdden history for the planned destruction of America Part II 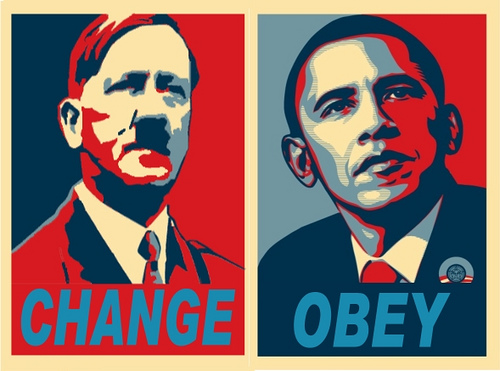 A perilous future awaits us all, I very much hate to admit. I am not an alarmist, not a pessimist, but confronted with the truth I will present those facts whether they be encouraging or not.

In Part I
I alluded to a hidden history that, in part, is responsible for our present malaise. The socioeconomic downfall in the United States can be measured in terms of intentionally bad government policy, but its more than just failed judgment on the part of misinformed bureaucrats. It is a planned destruction of our commerce system, productivity, and freedoms that Americans have come to take for granted. This orchestrated plague has been in motion for decades but not until the present administration did we have a federal government that boldly radical and unpatriotic enough to implement the destructive agenda it would take to bring down this nation.

So, what does lie ahead for us? Lately with the sudden impact of unthinkable public shootings, we can easily foresee the implementation of gun control laws. Not just to ensure that no more atrocities occur on US soil for the protection of the citizens of this country, but a gun regulation and disarmament that is facilitated through the United Nations, a globalist act. It will mean the end of our sovereignty as an independent nation. We will no longer be free citizens under the laws of the United States, we will be underneath a global government that wants American incapable of resisting tyranny. When Adam Lanza began shooting little children at an elementary school in one of the strictest gun control states (New Hampshire) I charge that he was not just a lone disturbed gunman, but an instrument of the global powers that be, who want to take away our Second Amendment rights on the road to the coup d’etat of America.

What lies ahead for America. With President Obama’s reckless spending, no intention of drafting a budget, and no inclination to negotiate spending cuts while our debt is now 16.3 trillion, America faces a catastrophic debt crisis that means drastic US dollar devaluation, government indebtedness that further adds to a collapsing dollar since the interest on the national deficit is geometrical and will continue to sky rocket just as the credit downgrades also increased the amount of interest that the federal government must pay when borrowing from banks to pay its debt. Americans will find that their dollar not only doesn’t go very far, but may actually suffer 1000% inflation in one day should the monetary collapse occur. By all indications as well as actions by the Obama White House, there is no serious plan to contain the rapidly approaching debt crisis. Even though John Beohner and the Republicans claim that American jobs are important and that they will not budge on tax increases already they have allowed tax deductions taken away from US citizens. Soon to come will be tax increases.

You haven’t heard either Republicans or Democrats propose cutting the size of government have you? As President Obama proposes more places in the world that American troops need to be, there is no talk of limiting the size of government. They only want more spending and more regulatory control in the form of new laws that restrict Americans, tax employers more heavily, and increase the national debt. This can only be an intended destruction of our economic stability. What else could it possibly be. The entirety of President Obama’s spending agenda is the exact blueprint of the Cloward Piven Plan. This was a scheme cooked up by two college professors to force the government into a fiscal crisis with a planned overload of the economic system to force a review of government fiscal policies that seemed to overlook the plight of the poor. This is a preposterous assertion as the Democrat’s “War on Poverty” LBJ’s “Great Society”, welfare, food stamps, and HUD real estate assistance programs have cost billions upon billions over the decades and have not come close to remedying poverty in America.

What lies ahead for America? It was just recently announced now that the cost of Obamacare will double in premium payments after the Democrats initial intentionally misleading 940 billion dollar cost over 10 years. From that figure to close to 3 trillion dollars the CBO updated their latest cost analysis. Now the latest news will be double the cost of premiums! This is one of the most outrageous lies ever told to the American people by their leaders. This is a move that will punish what is left of the middle class in America while giving the 47% entitlement population even more of a burden to the tax paying public who must carry the burden.

The added slap in the face from social medicine is three fold. 1) Rationing will be the only way to manage the system that boasts a costly government created infrastructure that must be supported in order to administer the health care program. The young will pay for benefits they rarely need while the old will not be able to get the care they require which will require review by cost feasibility analysts who determine literally who lives and who dies. 2) Socialized medicine will also drive specialists out of the profession to other countries or into retirement making way for less educated practitioners from overseas. This will mean reduced quality of care. 3) As opposed to the Hippocratic Oath, socialized medicine will be taught under the context of reduced and compromised care as the elderly suffer under the age related illness. The traditional practice of medicine will be compromised due to the agenda of a health care system that cannot manage its increasing costs and cannot run competitively as private sector business must learn to do.

The young will pay staggering fees for procedures they don’t need while the elderly are refused the specialized care and chronic long term treatment many will need as a system that has not worked anywhere else will be forced down American’s throats! This will be America’s medical future, regardless of the warnings we heard from other nations whose nationalized medicine costs caused a melt down in government administered health care.

What lies ahead for America in the jobs market? You can listen to the photo journalists and analysts opinionate on and on from the comfort of their studios and their high paid salaries to say exactly what the government wants them to say, but in the end it will all end up under one tragic denominator! The Obama White House will continue to raise taxes to support their fiscal mismanagement and social engineering. The Republican will continue putting up their feeble resistance, promising conservatives that will do this and do that and in the end, higher taxes will prevail instead of limited controlled government. Those higher corporate taxes will continue to discourage the relocation of American companies to the mainland US. With no job support from the continued evaporation of US jobs, high unemployment will continue under the guise of the same pattern as the Great Depression needlessly.  We will be led to believe that this economic crisis will be persistent and will not be curtailed for a long time when, in truth, only a change in government policy and the corporate control over our government will remedy that long winter of discontent.

Some say that upon demanding that all Americans give up their guns that a civil war could take place between gun owners and the federal government. Alex Jones, a journalist from Austin, Texas believes so. Refer back to the NDAA legislation that President Obama claimed he would not sign, then turned around and did just that. If President Obama represents the whim of the federal government as well as their cowardice in upholding the law regardless of what a President might insist upon then perhaps we are not destined to resolve things according to the civil society that mark Levin constantly reiterates. At one time America was “One Nation Under God” the question is what are we now?