In the Democratic Republic of Congo, hope for a better life dissolves as well-funded Ugandan-led extremist groups force children as young as six into cobalt mines.

Closer to home, Nevada’s Fort McDermitt Tribe and local ranchers fight to protect a sacred burial site and agricultural lands set to be sacrificed by Lithium Nevada, a mining company, in the coming days.

Meanwhile, in California and other states, politicians like Gov. Gavin Newsom (D-Calif.) pat themselves on the back for their “aggressive” environmental stance and boast that their gas-powered vehicle bans are leading “the revolution towards our zero-emission transportation future.”

Miners at cobalt cleaning site in Lualaba Province, the Democratic Republic of the Congo 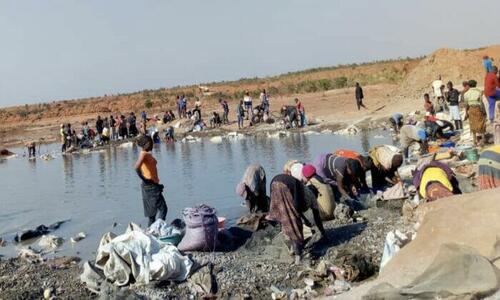 According to politicians like Newsom and President Joe Biden, electric vehicles are “zero-emission” because they use lithium-ion batteries—consisting of lithium, cobalt, graphite, and other materials—instead of gas.

Thus, starting in 2035, California will ban gas-powered vehicle sales, while several other states plan to follow suit, citing the embargo as a “critical milestone in our climate fight,” on Twitter.

Disagreeing with such claims, John Hadder, director of the Great Basin Resource Watch, pointed out to The Epoch Times that “industrial” nations might benefit from the electric vehicle transition but it’s at the expense of others.

“This expansion of [lithium] mining will have immediate consequences for front-line communities that are taking the ‘hit.’”

For example, Copiapó, the capital of Chile’s Atacama region, is the location of one of the world’s largest known lithium reserves.

“We used to have a river before that now doesn’t exist. There isn’t a drop of water,” Elena Rivera Cardoso, president of the Indigenous Colla community of the Copiapó commune, told the National Resources Defense Council (NRDC).

She added that all of Chile’s water is disappearing because of the local lithium mine. “In all of Chile, there are rivers and lakes that have disappeared—all because a company has a lot more right to water than we do as human beings or citizens of Chile.”

Brine pools from a lithium mine, that belongs to US-based Albemarie Corp, is seen on the Atacama salt flat in the Atacama Desert, Chili 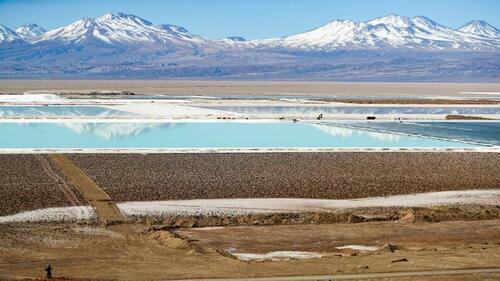 In collaboration with Cardosa’s statement, the Institute for Energy Research reports that 65 percent of the area’s limited water resources evaporate in salar brines.

That’s displacing indigenous communities who have called Atacama home for over 6,000 years because farmers and ranchers have cracked, dry soil, and no choice but to abandon their ancestral settlements, according to the U.N. Conference on Trade and Development (UNCTAD).

Mine Proposed in Northern Nevada

Saying goodbye to an ancestral homeland as a local lithium mine destroys it is something the communities in Northern Nevada are fighting to avoid.

“The agricultural communities on either side of the pass are likely to be changed forever,” Hadder told The Epoch Times. “The [Thacker Pass mine] could affect their ability to farm and ranch in the area. The air quality will decrease … and increased water scarcity is likely.”

States To Ban Gas-Powered Cars Despite Human And Environmental Cost...

"I haven't been to Portland in years and no longer have any desire.  You could see the…"
45 minutes ago