Mind Twist || Traitors || Maybe Obama isn't a traitor after all

Merriam-Webster: Traitor: a person who is not loyal to his or her own country, friends, etc.
: a person who betrays a country or group of people by helping or supporting an enemy,

Does anyone actually know where Barack Obama's 'loyalties' lay?

"Birtherism" ad homonyms aside, ... the facts are that there is NO definitive proof of Obama's origins ... nor proof of anything else about this man. How could there be when all pertinent records are "sealed"? ... which is so contrary to election promises about "transparency". Usually people want to advertise their 'accomplishments and credentials' but, in keeping with human nature, also downplay (conceal or seal) history that is not so flattering, or which doesn't support the position/job being sought ... i.e President of the United States!

Question: Can a man (or woman) be "treasonous" to a country or group of people he or she does not feel loyal to? (his or her OWN country according to Merriam-Webster) And if that man or woman has loyalties elsewhere, and is working as some form of 'operative' for another 'faction' ... then so-called "treason" becomes "espionage" in it's benign form; "terrorism" in it's aggressive form when usurped power is used to subdue and castrate the victim population ... and extendedly put people in harm's way.

Larry King, in an interview with Jessie Ventura, recalled his impressions of all the US presidents he's interviewed and known. During that interview, to my surprise that lowered Larry's standing in my eyes; Larry talked about all of Obama's "accomplishments" ... his fast-track rise from 'obscurity' to being president. It was as if Larry had never seen anything outside of CNN as a source of information ... or at least curiosity!

The latest debacle is the "rescue" of Bowe Bergdahl ... the "hero", compliments of Barack Obama himself ... the same Barack Obama whose agenda could be severely hampered with big democrat losses this fall. A 'hostage rescue' would look good in the press! Just as another "hostage rescue" would have looked good in the press a couple years ago ... but that turned into the Benghazi debacle ... and, as always, facts are not easily obtained to get to the truth.

Question: Does it seem to you, as it does to me, that those who have been entrusted with the greatest responsibility are the same ones who are the LEAST cooperative to get to the real facts? 'What does it matter at this point in time?' to roughly quote Hillary Clinton ... does that mean you just stall and obfuscate long enough that the public is burned out on a subject and willing to accept any answer just to feel some sort of closure on a subject? If Ms Clinton were really 'presidential material' she would be leading the charge for truth ... not hiding behind non sequitur platitudes.

A very true old expression says "You get what you pay for" ... anyone having shopped at Walmart will know that one ... and it's a companion expression to "follow the money".

Those two expressions bundle well together when remembering what Amschel Rothschild said "Give me control of a nation's money and I care not who makes the laws." Combined, we see another great old adage "The Golden Rule ... he who has the gold makes the rules".

Question: How does someone go from being an obscure 'community organizer' to president of the US with no definable history of accomplishments in such a short time? Perhaps the answer is that a handsome, congenial man was chosen to be the pitchman for those who have the money to buy enough advertising to sell a 'product' that works for their interests. (With a teleprompter Barack Obama sounds brilliant ... without one he makes Bush Jr, look like a Yale professor!)

So back to the original point ... To whom (or what) is Barack Obama loyal? There is no evidence available about his past (all sealed), but the evidence of the present is public, and considering how different America is today versus just a few years ago it's obvious that his 'loyalties' are everywhere but with the American people. The insiders have enriched ... the public has been gutted. What would a REAL president have done these last few years?

So how can Obama be a "traitor" when he is loyal to those he really serves? Perhaps "foreign agent" would be a better term than "traitor" ... and the punishments more fitting!

All the dual Israeli citizens we have in our government have no allegiance to this country either.

Question: Does is seem to you, as it does to me, that those who have been entrusted with the greatest responsibility are the same ones who are the LEAST cooperative to get to the real facts? 'What does it matter at this point in time?' to roughly quote Hillary Clinton ...

I misinterpreted this as "with the American people"

So how can Obama be a "traitor" when he is loyal to those he reallyserves? Perhaps "foreign agent" would be a better term than "traitor" ... and the punishments more fitting!

Usually a traitor is loyal to someone, otherwise "corrupt" will be a better term. We have a BIG problem when electees do not serve the voters ... breach of confidence you may say. All lies may be interpreted in that direction - implying something very sinister ...

Falsification of history and current affairs is a question that goes far beyond "impeach Obama" .. more like "impeach the Rulers"

When a "president' and his family, along with their over-blown entourages, can go on multi-mililon dollar 'vacations', while vets sleep homeless in alleyways and die for lack of treatment and facilities ... there is clearly a disconnect between who is more valuable to the greater cause. No  true "LEADER" would ever do that. TRUE leaders lead by their own example ... not by dictate and especially not by flaunting themselves in front of the most needy and deserving. 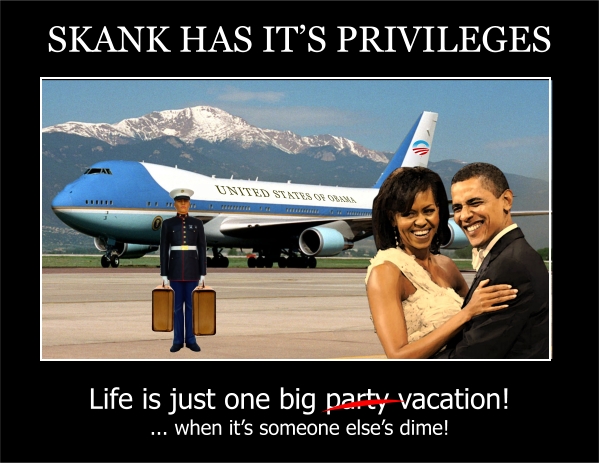 Traitor - that sums it up!

"If were not careful we will wind up like the Indians, that looks like the globalist plan"
1 hour ago

"James, Buddy I'm not too sure I would have ever recommended the Fuehrer for a leadership…"
3 hours ago

Black Crime Matters - A Comprehensive look at Black Crime and the Future of White America By Emily Youcis 2020 https://www.bitchute.com/video/qmVNfukCTLa9/
6 hours ago
0 Comments 0 Favorites

"It's issue #9 that creeps out my radical leftie Govt. of Their cold hard truth from the past,…"
9 hours ago

Phyllis Maka commented on Phyllis Maka's blog post BLOODY ISRAELIS WILL HAVE THEIR STICKY BEAK IN THIS FOR SURE!
"More junk litter!"
10 hours ago

cheeki kea commented on Phyllis Maka's blog post BLOODY ISRAELIS WILL HAVE THEIR STICKY BEAK IN THIS FOR SURE!
"ha ha, and that must be why they turn out be be a disaster, plenty of well wishes, thoughts and…"
11 hours ago

"The camps are emptied hotels now. Rooms are isolation units of compulsory confinement and all…"
13 hours ago

"I have something for you to read…"
14 hours ago