Panetta to lift ban on women in combat

Women in all branches of the military soon will have unprecedented opportunities to serve on the front lines of the nation's wars.

Leon Panetta, in one of his last acts as President Obama's defense secretary, is preparing to announce the policy change, which would open hundreds of thousands of front-line positions and potentially elite commando jobs after more than a decade at war, the Pentagon confirmed Wednesday.

The groundbreaking move recommended by the Joint Chiefs of Staff overturns a 1994 rule banning women from being assigned to smaller ground combat units. Panetta's decision gives the military services until January 2016 to seek special exceptions if they believe any positions must remain closed to women.

"This policy change will initiate a process whereby the services will develop plans to implement this decision, which was made by the secretary of defense upon the recommendation of the Joint Chiefs of Staff," a senior defense official told reporters on condition of anonymity.

Some front-line military roles may open to women as soon as this year. Assessments for others, such as special operations forces, including Navy SEALS and the Army's Delta Force, may take longer.

A defense official told the Associated Press that the military chiefs must report back to Panetta with their initial implementation plans by May 15. The announcement on Panetta's decision is not expected until Thursday, so the official spoke on condition of anonymity.

Panetta's move expands the Pentagon's action nearly a year ago to open about 14,500 combat positions to women, nearly all of them in the Army. This decision could open more than 230,000 jobs, many in Army and Marine infantry units, to women. 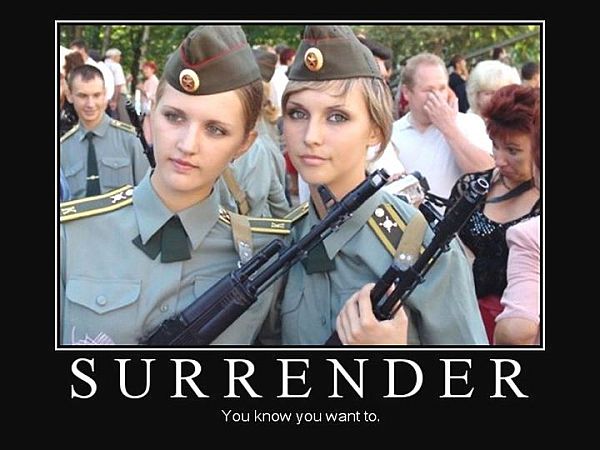 Parrhesia replied to Parrhesia's discussion Good News: ‘We had ZERO percent inflation’: Biden dazed and confused after July 8.5% inflation rate announced
"One month of necessities rising and some non-essentials going down in price from all-time highs and…"
4 hours ago

"Escape the hustle and bustle and come to war torn Ukraine.  Everyday politicians and…"
4 hours ago

"HEARTLESS GREEDY MONEY GRABBING PAID OFF BOUGHT OFF WHORES. Is the only logical explanation I can…"
14 hours ago

"Can you just imagine a world without all the marvels created by men, all the anger and slander that…"
15 hours ago

Parrhesia replied to Parrhesia's discussion Good News: ‘We had ZERO percent inflation’: Biden dazed and confused after July 8.5% inflation rate announced
"It must be true Joe said so.  lol “The Party told you to reject the evidence of your…"
15 hours ago

steve replied to Parrhesia's discussion Good News: ‘We had ZERO percent inflation’: Biden dazed and confused after July 8.5% inflation rate announced
"Can anyone anywhere name one thing that REALLY WENT DOWN, going from 2$ to 5$ then down to 4$…"
15 hours ago