You can not serve two masters. The Bible doesn't say anything about "the lesser of two evils", to the best of my knowledge. Imagine if Assad used white phosphorus or cluster bombs on civilians, or shut off their water, or had snipers shoot children in the head, or denied babies medicine, etc, the way Israel does.

"...fathers, mothers, daughters and sons
Have been taken by the chosen ones
But don't forget you made the choice
You made your mark, you raised your voice
They're all the same, you're all to blame
You're dogs."

In a major, if entirely expected, complete reversal of Obama-era policy on the Middle East, Secretary of State Mike Pompeo announced Monday the Trump administration is reversing the official US stance on the illegality of Israeli settlements in the West Bank.

“After carefully studying all sides of the legal debate, this administration agrees with President Reagan,” Pompeo said in reference to Reagan’s view that settlements were not inherently illegal. “The establishment of Israeli civilian settlements in the West Bank is not per se inconsistent with international law,” Pompeo said.

“The Trump administration is reversing the Obama administration’s approach towards Israeli settlements. U.S. public statements on settlement activities in the West Bank have been inconsistent over decades.” 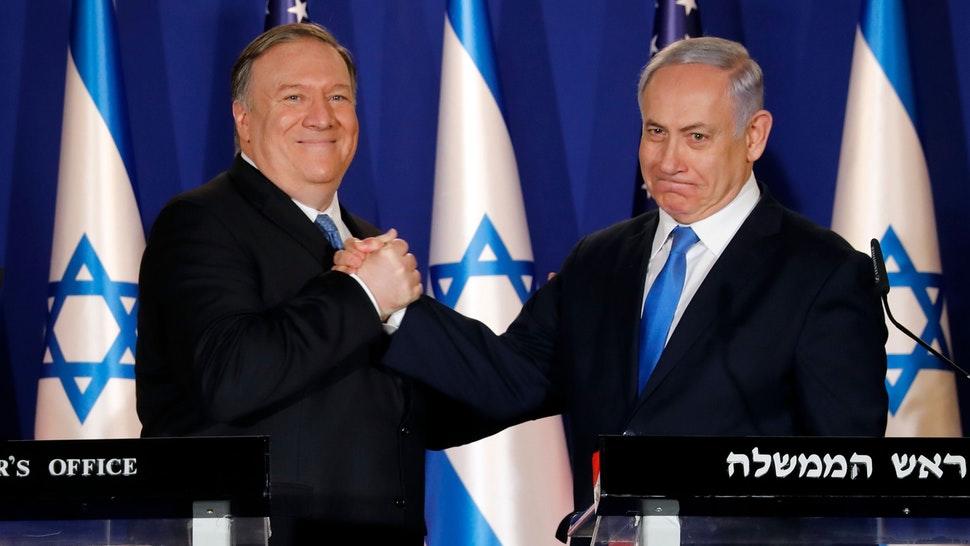 This came after the State Department’s legal office was ordered to conduct a year-long review of the official US policy on the expanding settlements in the West Bank, according to The Jerusalem Post.

This will further widen the gap on the issue between Washington its own European allies and international institutions, and among most UN members, given the US already often votes alone over and against much of the world on Israeli-Palestine related issues....

Permalink Reply by Chris of the family Masters on November 19, 2019 at 2:32pm
It may have to do with alleged suitcase nukes in every embassy. Insurance policy?

I hope you don't mean that Trump is a Zionist because of threats. He revels in it, rolls around in it like a pig in siht. At least Ross Perot was unhappy about a Joo snagging his daughter in order to inherit his money.

I was NOT climbing your back about it, by the way. Yeah, I heard an Israeli building in NYC always shows up positive for gamma rays in some radioactivity assay.

Less Prone favorited Central Scrutinizer's blog post CNN-NPR Photo-Journalist Jade Sacker was Embedded with Antifa Leader John Sullivan During Siege of US Capitol – Cheered “We Did It!” After Inciting Riot
20 minutes ago

Less Prone left a comment for MAC
59 minutes ago

Doc Vega replied to Twilight Zone's discussion Dems Introduce Bill To Ban Trump From Entering US Capitol Forever
"It's called shit as in shit for brains! "
13 hours ago