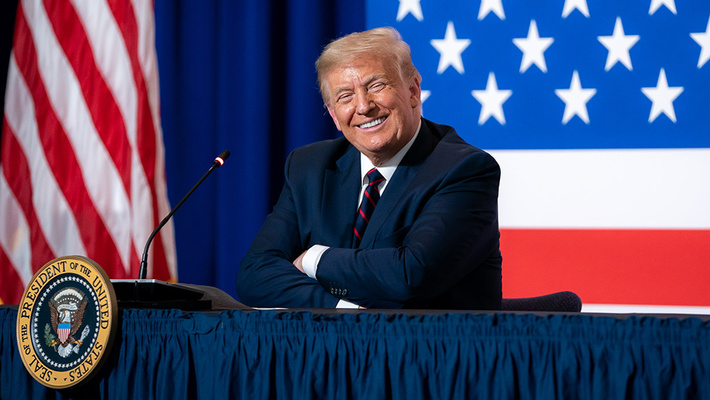 (Natural News) In an email blast sent out to his supporters on Monday, former President Donald Trump bashed those who are just saying no to the experimental Wuhan coronavirus (Covid-19) gene therapy injections being administered under his “Operation Warp Speed” mass vaccination scheme.

According to Trump, there is no reason for anyone to skip the jab because “every medication” carries with it “some risk.” Taking a precautionary approach, even for an alleged virus that almost nobody develops symptoms from, is “deranged pseudo-science,” according to Trump.

“The federal pause on the J&J shot makes no sense,” Trump complained. “Why is the Biden White House letting insanely risk-averse bureaucrats run the show?

Trump is referring, of course, to the federal government’s temporary halt on all further administration of Johnson & Johnson’s Chinese Virus injection, which just like every other emergency use authorization (EUA) jab currently being administered is linked to deadly blood clots.

In Trump’s view, most people are not experiencing these blood clots immediately after injection so there is no reason to stop the highly profitable, zero-liability operation from proceeding.

“Just six people out of the nearly 7 million who’ve gotten the Johnson & Johnson vaccine reported blood clots,” Trump further whined. “The condition is more common in the general population, and every vaccine – indeed, every medication – carries some risk, including the Moderna and Pfizer jabs.”

Despite several years back while running for president in 2016 expressing his own “anti-vaccine” sentiments, Trump has now decided to take aim at those “resisting” the latest experimental injections from Big Pharma, which are not even approved by the U.S. Food and Drug Administration (FDA).

Trump says that it is “sheer lunacy” for Resident Joe Biden “to delay millions of vaccinations and feed fears among the vax-resistant.”

“Indeed, this moronic move is a gift to the anti-vax movement,” Trump added in the email. “The science bureaucrats are fueling that deranged pseudo-science.”

Trump was the catalyst for the “new normal”

Many seem to have forgotten that it was Trump who declared a “national emergency” with regards to the Wuhan coronavirus (Covid-19) back on March 13, 2020. This opened up the door for nationwide lockdowns, mask mandates and other authoritarian impositions.

Not long after his declaration, Trump announced the launch of Operation Warp Speed, which promised a “fast-tracked” vaccine scheme to be rolled out at “warp speed.”

Now, thanks to Trump, Americans are being coerced into getting jabbed as a condition of returning back to “normal.” Governments around the world, including here in the United States, are also now talking about forcing people to carry around “vaccine passports” to prove they were injected as a condition of entry into stores.

Colleges and universities all across the country are already announcing that in order for students to return to on-campus learning this fall, they will need to get injected with one of Trump’s rushed-to-market Wuhan flu shots.

“Trump went along with the scam giving the criminals everything they wanted by signing off on trillion-dollar sellouts and strengthening the corrupt medical industrial establishments, allowing criminal politicians to destroy America and the world,” wrote one discouraged commenter at Big League Politics about the downfall of Trump, who appears to be in a delusional state of mind.

“Now, he stupidly doubles down on his heinous crimes by belligerently feigning innocence and selling the toxic crap they call a Covid-19 vaccine. The dude actually thinks he has a chance to be president again.”

More related news stories about the fallout from Trump’s Operation Warp Speed debacle can be found at Pandemic.news.

Trump can go fuck Himself on this whole dam issue, sometimes a genus can be a dumb ass, hes not fully awake on many things...

Personally, I think he's not clueless, he's in on this scam,, 1st hint was his dumbass name for this fiasco: Operation "Warp Speed"...anyone older than 35 knows it takes years of R&D and a huge regiment of controlled tests to ensure safety & effectiveness for all. Yet in less than a year (allegedly) they have the perfect fix, it's safe w/ little to no side effects.... Once you get the shot, you won't have to worry about this nasty CV-19 again......

1st red flag, Pfizer or one of those fly-by night ones, comes out and says it's not a vaccine but an operating system. story changes Then a few people went comatose, a couple went blind, 1 or 2 died.... cue crickets.... storys changes. Now ya need 2 maybe 3 jabs and wear 2 masks while ya at it. story changes Then people who've been jabbed once or more are starting to contract the cornholio virus now.... story changes. Too much bullshit to be believable folks

So now there is this jab your loving elected leaders are doing whatever necessary to make sure EVERYONE gets this questionable shit...all this alone should make any sensible rational person say "Wait a goddamn second, Something's not right here"

6 months ago, I would have said the same thing about orange man, this guy is for America, but is one clueless fuk in some departments. But after all this evidence has been getting exposed constantly now for months & months, you would think this internet-savvy "Patriot" would change his tune upon further research. This recent mailing from him still telling one to get the damn shot already speaks volumes of truth, Trumpty Dumpty's in on this scam (imo), now is it willingly??... I dunno, I still think he got one helluva life/family threatening call months ago, hence why he just slinked away towards the end...

"Never mind all that fuss...Just go get the damn jab and be done with it already"

Thanks CS I appreciate your thoughts about Trump, Although I don't agree, hes not in on it. He was dismantling their NWO plans right & Left, Up & down. He was tearing apart their child trafficking network world wide. Trump did tons of good and proper things.

I don't think he realized how wide and deep the cabal is within our government and cooperate America. His appointments should have been from the private sector, not from the swamp. he never should have relied on advice from people withing our crooked government. I think hes too trusting and a bad judge of people.

Who knows whats real anymore... I could be wrong, hopefully I am... but all signs point to a conspiracy within this conspiracy me thinks ;)

There are sooooo many more vaccines than the 3 u hear in the USA.  Trump is obviously part of this particular group.  The China vaccine group has a few of their own that no western country is not even ready for discussion and wont because both countries support only the vaccine faction of that region but all vaccine made different types.

So the vaccines dont do the same things or work but they all work towards specific interests in competition. 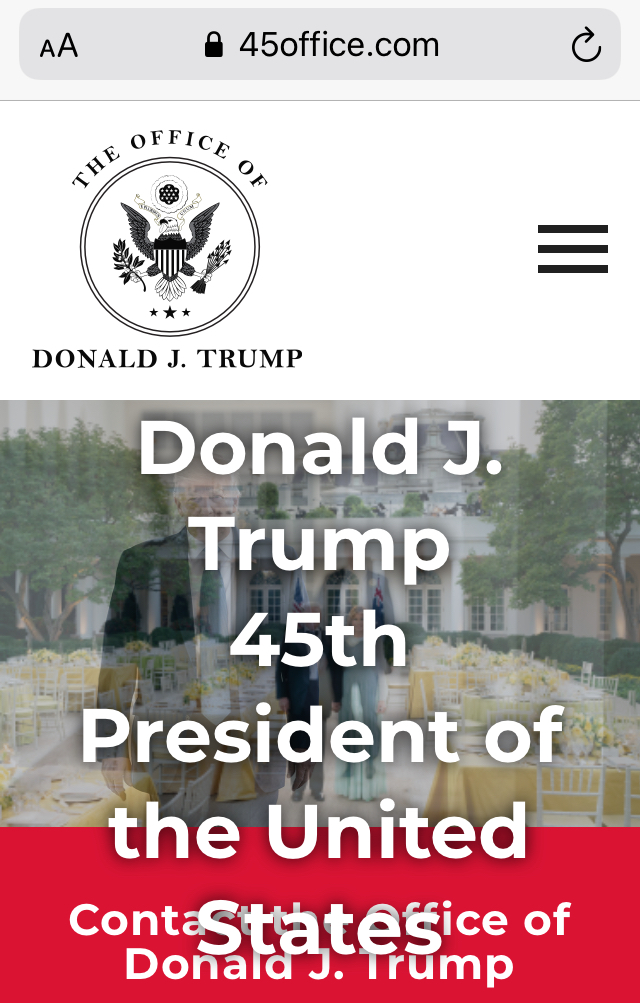 Not sure I believe it? It’s not here. 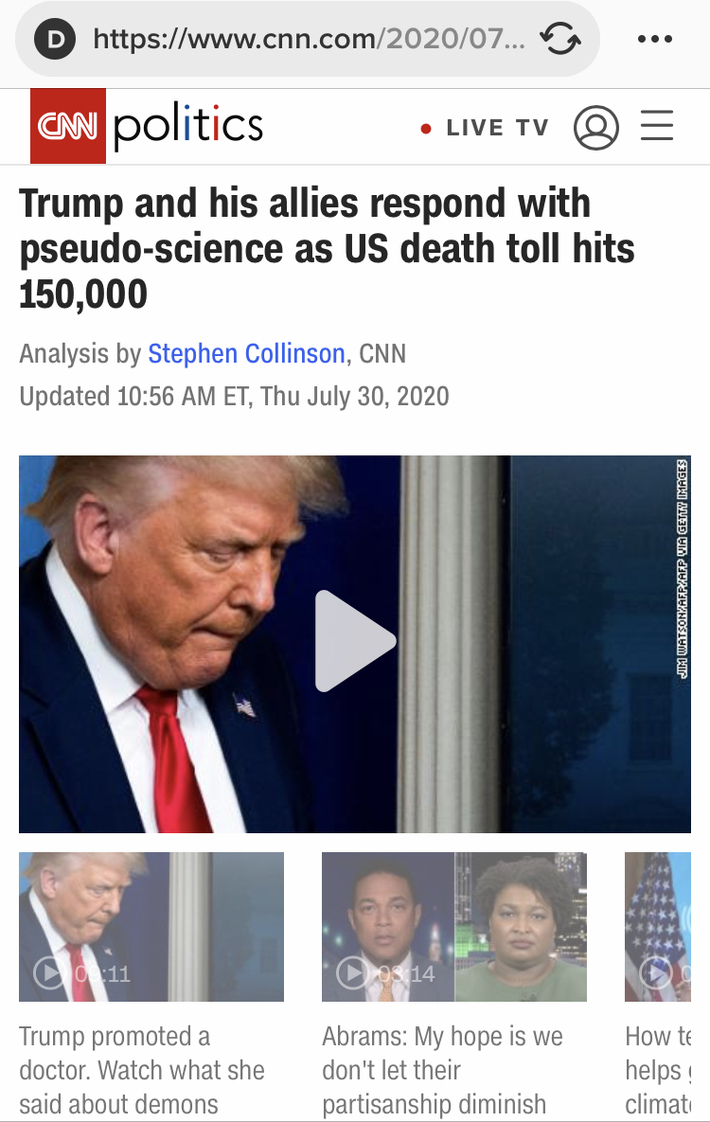 rlionhearted_3 commented on Chris of the family Masters's blog post Who Caused WW II? Some Buried VIP Quotes
"Something we didn’t learn in school. Jews declared war on Germany in 1933. Also see a film…"
12 minutes ago

The One posted discussions
1 hour ago

Burbia commented on Chris of the family Masters's blog post Jair Bolsonaro Says Brazil Will NOT Sign Globalist WHO Pandemic Treaty
"Looks like Brazil will be in the cross hairs."
7 hours ago

Burbia commented on Burbia's blog post Uvalde Texas Shooter
"This is found from the other shooter who was groomed on discord to be active shooter..."
10 hours ago

"I read that he shot (killed) his grandmother, was running from the Border Patrol, wrecked his truck…"
12 hours ago