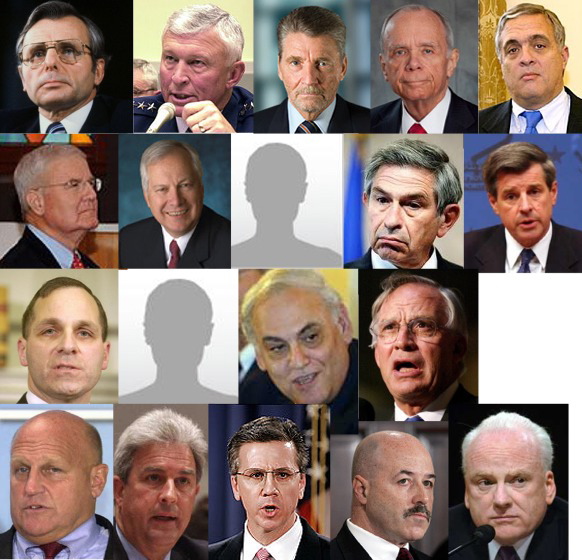 The first step is to ask specific, well-formulated questions. What do we need to know? We need to know things like how explosives got into the WTC, how the North American air defenses failed, how the U.S. chain of command and communication systems failed, how the alleged hijackers got away with so much, and how the planes were hijacked.

Here are examples of specific questions that will help answer these questions.

The second step is to collect information that might help to answer the questions. Good sources of information include the following.

It also helps to interview people who have detailed knowledge about the events. Most of the people who were present at the time of the attacks and during the official investigations are still alive and some of them will answer questions.

Additionally, useful information can be obtained through Freedom of Information Act (FOIA) requests. Direct requests to federal, state, or local agencies using resources like these:

As answers are found or proposed, it becomes clear that there are people who can be named as legitimate suspects in the 9/11 crimes. Things can get a bit tricky here and it’s easy to be misled. What makes someone a legitimate suspect? To answer that, it helps to understand three different types of evidence: direct, indirect, and negative. Let’s start with five examples of what I would cite as direct evidence related to 9/11.

All of the suspects in my book, Another Nineteen, were named based on direct evidence. An example is Wirt Dexter Walker. As the CEO of Stratesec, he was in position to provide access to those who planted explosives in the WTC, as well as prevent that access from being detected. Walker can also be charged with 9/11 insider trading.

Another example is Ralph Eberhart, who sponsored the military exercises that obstructed the air defenses on 9/11. Eberhart also appears to have lowered the Infocon (communications defense) level just hours before the attacks, and gave orders that directly obstructed the interceptors. He also lied to the U.S. Congress about having received documented notification of the hijackings (a crime).

When one or more of pieces of direct evidence are established for a suspect, it makes sense to evaluate indirect evidence. Here are five types.

An example of a suspect for which both direct and indirect evidence exists is Barry McDaniel, the Chief Operating Officer of Stratesec. Besides having the power to grant access to those who planted explosives in the WTC, McDaniel also had expertise in the distribution of explosives from his days as the U.S. Army’s director of Materiel Readiness. That same previous position makes him a suspect in the Iran-Contra crimes. McDaniel benefited from 9/11 by starting a police-state supply company with Dick Cheney’s old business partner, Bruce Bradley.

Similarly, Ralph Eberhart is a suspect for whom there exists both direct and indirect evidence. As CINCNORAD and CINCSPACE, Eberhart was an expert on the air defense, communications, and possibly related space, systems. He also failed to cooperate with the official investigations, telling his staff to just change their responses to investigators as those responses were shown to be invalid.

Is it enough to use only indirect evidence? For example, is it enough to say that the suspect benefited from the crimes? If so, there are millions, or maybe billions, of suspects. This includes everyone who profited from the 9/11 Wars or the police state policies that have resulted. It might also include anyone who was threatened by the countries that the U.S. has attacked since 9/11: Afghanistan, Iraq, Libya, Pakistan, Somalia, Syria, and Yemen. That would be a huge number of people so the answer is no, benefiting from 9/11 is not enough to make someone (or an entire country) a legitimate 9/11 suspect.

Is foreknowledge of the attacks enough to name someone as a legitimate suspect? If so, the governments of at least a dozen countries are all suspects. Therefore the answer is no, in the absence of direct evidence foreknowledge is not enough to name a person (or an entire country) as a 9/11 suspect.

For instance, some people are convinced that Israel committed the crimes of 9/11. When asked why they think this, the answer is usually that Israel had foreknowledge as indicated by the “Dancing Israelis” and that Israel benefited because of the countries that were attacked after 9/11. However, as indicated above this reasoning is not convincing and would certainly never stand up in a court of law.

Once direct evidence exists for a suspect, negative evidence can also be used to build the case. Negative evidence related to the 9/11 crimes includes the fact that some people did not do their jobs, either in defending the country or in investigating the case afterward. For example, Ralph Eberhart, for whom there exists both direct and indirect evidence that he was involved, failed to implement military control over U.S. airspace when he should have.

In the end, it’s possible that only independent investigation will reveal more of the truth about what happened on 9/11. But that power exists within people who spend considerable time today calling for others to investigate or posting strongly worded messages on social media. If we can harness that power and direct it toward the logical and objective answering of pertinent questions, we can make real progress.

Kevin Ryan blogs at Dig Within.

Those crooks who murdered three thousand Americans in order to profit from killing another million people in the middle east need to hang.

"https://www.youtube.com/watch?v=awubhTvChKI.  Hands Off The Children."
10 hours ago