If the anti-vaccine / vaccine safety / websites information was incorrect, why then have more and more people made the SMART CHOICE to not or, greatly curb the number of vaccines they are giving their children?

Since big pharma is losing in the court of public opinion, they obviously feel they have to resort their usual medical mafia thug tactics by ‘going after’ somebody. Which means simply, that no matter the billions big pharma spends on PR campaigns and paying pro vaccine hacks (skeptics) to post countless verbal rubbish on vaccine websites 24 / 7 they are STILL losing in the court of public opinion.

Which is a testament in of itself. Just who’s facts have stood the test and, who’s have failed with a capitol F? (Pun intended.)
more
http://gdsajj.wordpress.com/2012/08/14/big-pharma-targets-free-spee... 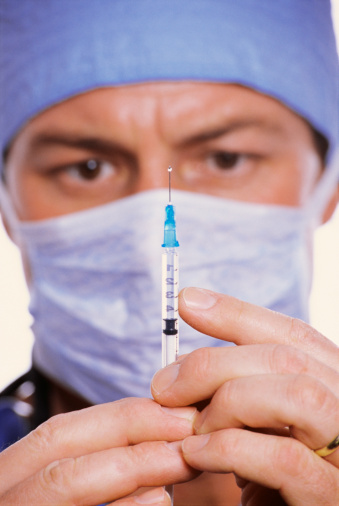 (NaturalNews) A U.K. group devoted to helping parents customize appropriate vaccination schedules for their children has been targeted by British authorities for posting scientifically-backed warnings about the dangers of the combination measles, mumps, and rubella vaccine, also known as MMR. BBC News reports that BabyJabs.co.uk has been ordered by the U.K.'s Advertising Standards Authority (ASA) to pull information from its website that merely explains the known scientific links between MMR and autism.

Citing a 2002 study in which MMR could not be definitively ruled out as a cause of autism in children, BabyJabs had made claims on its website that MMR "could be causing autism in up to 10 percent of autistic children in the U.K.," which is a more than reasonable claim. The group also made suggestions that most experts now agree that rates of autism in children are on the rise, and that this rise is not due solely to increased diagnosis.

BabyJabs also included information on its website explaining that the vaccine-strain measles virus has been found in the guts and brains of some autistic children, which is problematic. The U.S. Institute of Medicine (IOM), after all, discovered back in 1994 that vaccine-strain measles virus is capable of causing serious infection, which in some people can lead to death. (http://www.nvic.org/vaccines-and-diseases/MMR.aspx)

MMR has never been proven not to cause autism
more
http://www.naturalnews.com/036801_free_speech_autism_website.html#i...