The legacy of Lynyrd Skynyrd, 40 years after plane crash tragedy

The legacy of Lynyrd Skynyrd, 40 years after plane crash tragedy

It’s hard to believe that four decades have passed since one of rock’s best-known tragedies occurred. On Oct. 20, 1977, a chartered Convair CV-240 plane carrying Lynyrd Skynyrd — in the midst of a headlining tour and having released their fifth album, Street Survivors, three days prior — crashed in a Gillsburg, Miss., swamp after running out of fuel.

The toll was dire. Three band members (Ronnie Van Zant, Steve Gaines, and backup singer Cassie Gaines, Steve’s older sister) perished; the others were all severely injured. Drummer Artimus Pyle, one of the few survivors able to walk, staggered out for help and was allegedly shot at by an alarmed farmer. Record label MCA scrambled to replace Skynyrd’s Street Survivors album cover, which eerily forecast the accident by depicting the band members engulfed in flames. 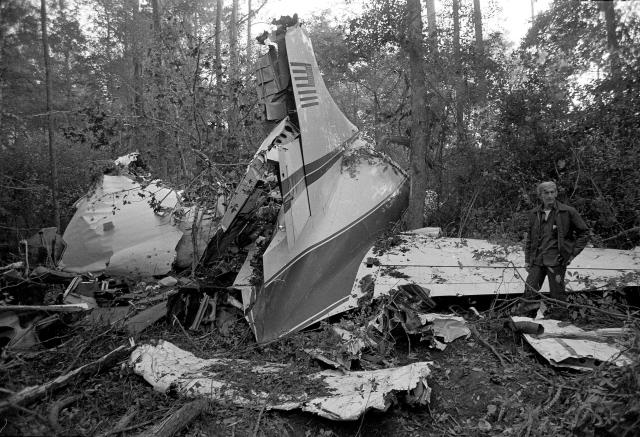 The wreckage of a twin-engine Convair 240 plane lies in a wooded area near McComb, Miss., on Oct. 20, 1977. The small plane had 26 people on board, and six were killed in the crash, including three members of Lynyrd Skynyrd. (Photo: AP)


Although the crash remains now and forever the darkest centerpiece in Lynyrd Skynyrd’s legend — as well as a breeding ground for gruesome urban legends surrounding the demise of various members — fans know quite well it’s far from the first or last tragedy the definitive Southern rockers endured. In fact, Lynyrd Skynyrd have managed to earn the dubious distinction of “unluckiest band in history” over the years.

It is indisputably the creepiest prediction, but the fiery Street Survivors cover wasn’t the first prediction of deadly events for Skynyrd. Trouble began for the hard-partying band a year before the plane crash, when guitarist Gary Rossington plowed his brand-new car into a tree along a Jacksonville, Fla., road. He survived the incident and admitted he was under the influence at the time, prompting bandmates Ronnie Van Zant and guitarist Allen Collins to write “That Smell” — an ominous tune warning, “Say you’ll be all right come tomorrow, but tomorrow may not be here for you.” (Ironically, Rossington, now 65, is the sole member of the original lineup still performing in the band.) 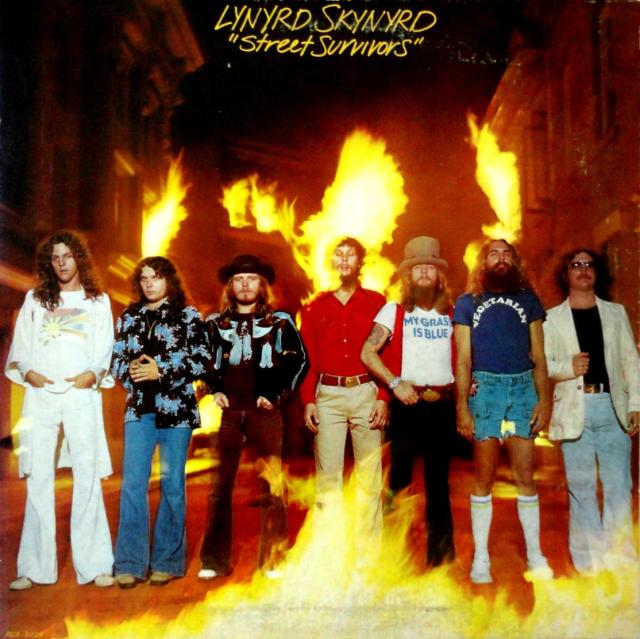 
After the plane crash, Skynyrd’s surviving members disbanded to recover from their extensive injuries. (Pyle managed to escape with just broken ribs; Collins suffered two broken vertebrae in his neck and damage to his right arm that nearly resulted in amputation; Rossington broke his arms, legs, wrists, ankles, and pelvis; keyboardist Billy Powell suffered severe lacerations on his face and right leg; and bassist Leon Wilkeson broke his left arm so badly and permanently, he had to relearn how to hold his instrument.) As might be expected, Street Survivors became one of their greatest hits in the wake of the spotlight on the events. With the exception of one instrumental version of “Free Bird” at Charlie Daniels’s Volunteer Jam V in January 1979, “Lynyrd Skynyrd” would not emerge again for a decade.

The remaining band members continued to make music through the ’80s under various configurations, most notably the Rossington-Collins Band, who took special pains to distance the new outfit from a “reborn” Skynyrd tag by recruiting a female lead singer, Dale Krantz. The new project did not include drummer Artimus Pyle, who — in another stroke of Skynyrd misfortune — had badly shattered his leg in a motorcycle accident.

The Rossington-Collins Band lineup eventually was doomed as well. Shortly before they were slated to embark on their debut tour in 1980, Collins’s wife, Kathy, died unexpectedly from a miscarriage-related hemorrhage. The tragedy effectively splintered the band by 1982 and threw the grieving Collins into a spiral of substance abuse. Collins made another attempt by starting the Allen Collins Band, which included Wilkeson and Powell and released one album in 1983 to lukewarm response. Three years later, an intoxicated Collins crashed his car in Jacksonville, killing his girlfriend Debra Lizama Watts and rendering him paralyzed from the waist down and with limited use of his upper body.

At this point, talk of a Skynyrd-proper reconfiguration had been in the works for some time. By 1987, it seemed solidified: The late Van Zant was replaced by brother Johnny, while Rossington, Pyle, Powell, and Wilkeson resumed their former duties. Collins, who was charged with manslaughter for Watts’s death, took position as musical director of the group — and, as part of his plea bargain, addressed the band’s audience every night on tour from his wheelchair on the dangers of drunk driving.

Yet more despair was in store, however. Collins was felled by pneumonia in 1989 and died shortly after in 1990. He was 37.

Although the worst seemed to be behind them by the ’90s, the reunited Skynyrd lineup’s luck did not endure. The members either left, were asked to leave, or died. Wilkeson died in 2001 of chronic liver and lung disease; he was only 49. Powell also died young, at age 56, of an apparent heart attack in 2009. Original drummer Bob Burns, who played with Skynyrd from 1964 to 1975, also died in 2015 after crashing his car into a tree. The result has been a long string of replacements, leaving Rossington as the sole representative of the classic Skynyrd lineup. Lynyrd Skynyrd’s most recent album, Last of a Dyin’ Breed, came out in 2012.

Pyle is still alive but has not been part of the band’s roster since 1991. This year, Lynyrd Skynyrd sued him over his plans to make a Skynyrd biopic — initially called Free Bird, until a cease-and-desist order forced a title change to Street Survivors: The True Story of the Lynyrd Skynyrd Plane Crash.

Despite their long history of misfortune, Lynyrd Skynyrd do have one shining strength: their undeniable and enduring longevity. They were inducted into the Rock and Roll Hall of Fame in 2006, and although only one original member remains, they continue to have a significant presence in both the rock and country worlds. 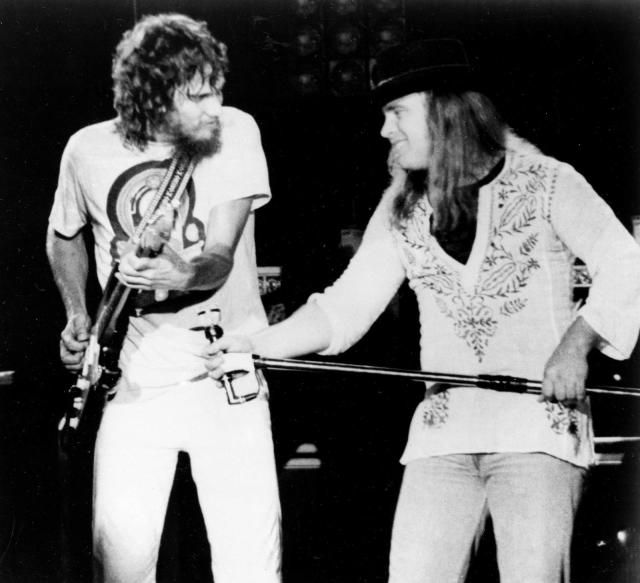 Chris of the family Masters replied to MAC's discussion Your inalienable rights
"Every institution is incorporated. Every order given by anybody from those companies is an offer of…"
3 hours ago

Burbia replied to Chris of the family Masters's discussion Philip: "I Want To Reincarnate As A Virus"
"Mssed his opportunity to die just before covid-19."
8 hours ago

"What does matter is your gender, ladies need to be made aware of this, the vaccines are more…"
21 hours ago

Paul Jones commented on cheeki kea's blog post SAY THE DAMN PRONOUNS !!
"& tbh, im 50 something & i still dont know what a pronoun is & i dont care because…"
22 hours ago

Paul Jones commented on cheeki kea's blog post SAY THE DAMN PRONOUNS !!
"yeh, imo, proper lesbianism is about real fem love & appreciation for the feminine.. its not…"
22 hours ago