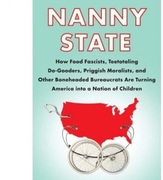 Corrupt Lobbyists are constantly attempting to scare, legislate and dictate how citizens live their own lives. Lets strike back against Nanny State control freaks by exposing their dictatorial agenda. 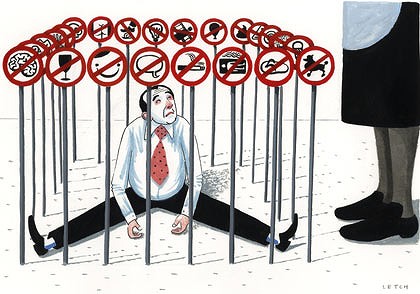 The battle over nutrition for young people has escalated in one Toronto school, where kids now are banned from bringing any junk food in their packed…Continue

Glendale is paying service to monitor students online, Company keeps an eye on social media posts including those on Facebook

Victims’ Dilemma: 911 Calls Can Bring Eviction... Even In Cases Of Domestic Violence

NORRISTOWN, Pa. — The police had warned Lakisha Briggs: one more altercation at her rented row house here, one more call to 911, and they would force her landlord to evict her.They could do so under the town’s “nuisance property” ordinance, a law…Continue

mayor says fingerprints should be used to access public housing"What we really should have is fingerprinting to get in," Bloomberg said while speaking on WOR-AM radio about ways to improve safety in public housing. "We've just gotta find some ways…Continue

By: Robert Fernandes - www.lemonadefreedom.comRENO -- A summer cannot go by without hearing more news reports of kids’ lemonade stands being shut down by a bureaucrat. And this summer is…Continue

“Excuse me, are you a robot in the Surveillance State?

“President Barack Obama has ordered federal employees to report suspicious actions of their colleagues based on behavioral profiling techniques that are not scientifically proven to work, according to experts and government documents.” (McClatchey…Continue

A Florida high school student and his friends discovered the truth of the cynical adage that “no good deed goes unpunished” when he was suspended for disarming a fellow student on the school bus. The teens, all students at Cypress Lake High School…Continue

A student's outgoing voice mail message quoting the theme to "Fresh Prince of Bel Air" led to a school lockdown in Ambridge, Pa.The…Continue

Do you think that you are free?  Most Americans would still probably answer “yes” to that question, but is that really the case?  In the film Edge of Darkness, Mel Gibson stated that “everything is illegal in Massachusetts”.  Well, the same could…Continue

You need to be a member of Nanny State Politics Exposed to add comments!

I''m not so computer savoy but I was thinking about all the crazy things going on with these schools, businesses, and police, it it possible to create a complaint site that is similar to "RIPOFF.com or Complaint.com. You can file a complaint about scammers, bad business practices or anything like that and the complaint is posted on the internet while an e-mail is generated to the violators to come forward and defend themselves. Of course they don't have to but then if they don't it could go against them and they lose customers.

Perhaps a similar site could be made  categorized by state, schools, police departments , politicians, etc in much the same way and so when November comes around or public promotion time comes then people can be reminded of their dirty deeds and it could weigh in on them. They will have to remember they they are accountable for their actions and the "ALL SEEING EYE" of the public is watching them too. People can say how they felt about their actions like the people in the below articles posted by Lawrence Edward Calcutt.

The parents could write something followed by the mother, then the father, then other the rest of their 11 other children .( I know they don't have 12 kids but someone might.)

'Shops and offices throughout France will be forced to turn off their lights overnight in a bid to fight light pollution, the country's environment ministry has announced.

If Bartenders can be arrested for customers being intoxicated. What is next a waitress or a supermarket cashier being arrested because the food they sold caused an obese person to have a heart attack? Drunk driver are responsible for themselves. Do not blame bartenders, blame the drunk

The fight for parents’ rights and healthy food in public schools has just been ratcheted up a notch.
It made national news earlier this year when a North Carolina preschool student’s homemade lunch was confiscated by school officials for not meeting USDA standards, and the four-year-old was forced to trade her turkey and cheese sandwich and banana for the school’s pink-slime-filled chicken nuggets.

The nanny state was thrown into overdrive last week when an elementary student in one California school district was interrogated by police all day and subsequently suspended for five days for the dastardly crime of bringing a kombucha tea in his school lunch.

The school also reportedly told the child he may have to sign up for a youth alcoholics program. All of this was apparently done without a parent or guardian present.

New York City's health board has passed a rule banning super-sized, sugary drinks at restaurants, concession stands and other eateries.

We are the Majority! They a Minority!  It's time we told them all "Where the Bear Shits!"

UNITED WE STAND AGAINST GOVERNMENT CORRUPTION/BURAUCRATS

Burbia commented on Chris of the family Masters's blog post The blind white light of sodomy
"This reminds me of Fritz Springmeir and David Icke. In a round about way, Scientology as well. All…"
24 minutes ago

O'Rourke approached Abbott as he addressed the press, demanding action. An audience member can be heard yelling that O'Rourke is a "sick son of a b***h."
9 hours ago
1 Comment 0 Favorites