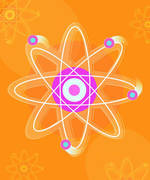 Edgar Cayce on the Future

Cayce believed that these horrible future events could be averted if humanity changed its behavior. And this is the purpose for giving prophecies - to warn people to change so that the prophecies won't happen. Since Cayce certainly was not 100% accurate in his predictions, I believe this only shows how some of Cayce's apocalyptic predictions have been averted. So, a successful gloom and doom prophecy is one that does doesn't occur. Cayce's prophecies became well-known all over the world and a case may be made that he may have had some influence in creating the change within people to alter the course of history enough so that the prophecy would not happen. Cayce would repeatedly say that even the Lord of Lords could not accurately predict future events because human free will can alter and change the future. Cayce is referring to the Biblical account when Jesus is asked when he would return. His reply was:"No one knows about that day or hour, not even the angels in heaven, nor the Son, but only the Father." (Matt. 24:36)http://www.near-death.com/experiences/cayce11.html

Black holes could take us to ‘another universe’ – Stephen Hawking

Black holes could take us to ‘another universe’ – Stephen HawkingPublished time: 26 Aug, 2015 05:37Find yourself in a black hole? Not to worry, says Stephen Hawking: you won’t split into particles or cease to exist. Instead, you’ll wind up in an…Continue

Opal discovery on Mars may be key to proving ancient life on Red PlanetPublished time: July 08, 2015 16:23Researchers have discovered traces of opal on Mars, leading them to believe it may help prove that the Red Planet was once home to life. The…Continue

Philae probe could be sitting on comet filled with alien life

(AP) — A 4.2-magnitude earthquake has struck in the Pacific Ocean off the coast of Oregon and California.The U.S. Geological Survey says the quake…Continue

Northern Italy rattled by 7 tremors in one day

You need to be a member of Science and Physics to add comments!

Where am I commenting?

A Black Spot, The Size Of Six Earths, Appears On The Sun in less than 48 hour

A meteor shower produced by pieces of Halley's comet will peak this weekend.

NASA said that the meteor shower will peak the evening of Saturday October 20th as Earth flies through the icy debris, which will light up the sky.

The Orionid shower - so-called as the meteors appear to originate near the constellation Orion - happens annually and produce about 20 meteor per hour, said DiscoveryNews.

Space.com said that the last five years have seen ever more impressive showers.

What Is The Internet, Really?