Anonymous ~ OPIsrael the mother of all Ops 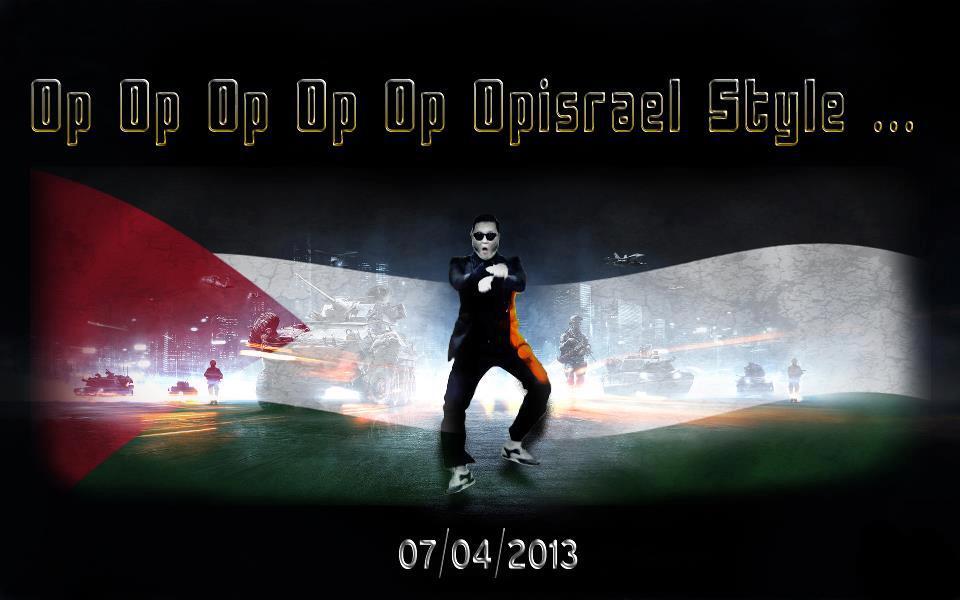 Greetings Citizens of the world, this is Anonymous.

It has come to our attention that the Israeli government has ignored repeated warnings about the abuse of human rights, shutting down the internet in Israel and mistreating its own citizens and those of its neighboring countries.7 April 2013 will be a month to remember for the Israeli defense forces and internet security forces.

We will strike any and all websites that we deem to be in Israeli Cyberspace in retaliation for the mistreating of people in Gaza and other areas. Anonymous has been watching you, and you have received fair warning of our intent to seize control of your cyberspace in accordance with basic humanitarian rights of free speech and the right to live. As of 9:00 AM Pacific Standard Time, the number of attacked Israeli websites is approximately 10,000.

The further assault on the people of Gaza, people of Palestine or any other group will be treated as a violation of the Anonymous Collectives intent to protect the people of the World. Israel, it is in your best interest to cease and desist any further military action or your consequence will become worse with each passing hour. This is a message from Anonymous Op Israel, Danger Hackers, Anonymous Special Operations and the Anonymous Collective of the entire planet.

We will treat each additional death as a personal attack on Anonymous and you will be dealt with swiftly and without warning. Our hearts are with the women, children and families that are suffering at this very moment, as a direct result of the Israeli Governments misuse of its military. Brothers and sisters of Anonymous, we urge you to protest the Israeli Government and any associated hostile forces. Now is the time for anonymous to help the people that are hurting.

Help the people that are being taken advantage of. Help the ones that are dying and it will further the collective as a whole and we can help bring a peace within the Gaza region to those people that so desperately need it. We call on the Anonymous Collective to hack, deface, docks, hijack, database leak, admin takeover, four oh four and DNS terminate the Israeli Cyberspace by any means necessary.

To the Israeli Government, Anonymous has grown tired of your bullying, and now you will see the result of your actions. Cyber war has been declared on Israel cyber space and you will see exactly what we are capable of. Israel, the angel of death has been called to your cyberspace.

We are Anonymous.
We are legion.
We Unite As One.
Expect us. and Respect us.

Come and join us, join forces for one purpose, 7 April 2013 remove Jews from the internet.The reason why there are OP Israel round III :because there is a systematic attempt to wipe Palestine off the map, voting online at the United Nations has done a lot of fraud that is manipulated by the Jews..

Please Follow Us In A CYBER WAR Against Zionist Israel …

Israeli Cyber Pyrates facebook fan page: "This page has been #HaCked by #TeamDangerHackers"

This article is currently under editing.

Pls tweet any new news of hacks or news to @Op_Israel.

Click HERE to get to the list of the lastest hacks, defaces, docks, hijacks, database leaks & releases, admin takeovers etc.

Keep yourself updated about the current situation in Gaza via @HarryFear

Doc Vega commented on Larry Flinchpaugh's blog post Lets Talk- Please
"Not going to happen. the left knows they have no logical argument! They cannot win in a debate so…"
12 hours ago