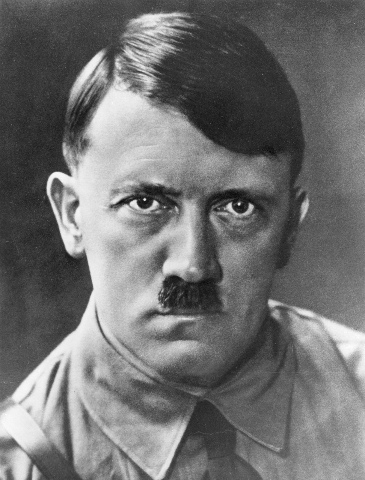 “Above all I have learned from the Jesuits. And so did Lenin too, as far as I recall. The world has never known anything quite so splendid as the hierarchical structure of the [Roman] Catholic Church. There were quite a few things I simply appropriated from the Jesuits for the use of the [Nazi] Party.”

…In [Heinrich] Himmler [who would become head of the Nazi SS] I see our Ignatius de Loyola [Ed. Note: the founder of the Jesuit Order].””

10. The first obligation of every citizen must be to work both spiritually and physically. The activity of individuals is not to counteract the interests of the universality, but must have its result within the framework of the whole for the benefit of all

13. We demand the nationalization of all (previous) associated industries (trusts).

14. We demand a division of profits of all heavy industries.

17. We demand a land reform suitable to our needs, provision of a law for the free expropriation of land for the purposes of public utility, the abolition of taxes on land and prevention of all speculation in land.

20. The state is to be responsible for a fundamental reconstruction of our whole national education program

25. For the execution of all of this, we demand the formation of a strong central power in the Reich. Unlimited authority of the central parliament over the whole Reich and its organizations in general.

Sorry JR, but since you asked.

He took away voting rights, the opportunity for a higher education or a career and the rights of inheritance from women and lowered their status to livestock (breeders).  He euthanized approximately 250,000 disabled people.  Then there was Dr. Josef Mengele who performed experiments on humans.  Hitler got rid of labor unions, which created ample cheap labor.  He regulated and taxed the shit out of private businesses, forcing many to get rid of automation to create more labor hours.  (This is the Communist Chinese form of keeping practically zero unemployment.)  From an extract from a government report on the condition and mood of industrial workers in Nazi Germany (1938):

"The mood in the plants is one of depression. It’s true that even in the old days work was no fun and was regarded by many as a necessary evil. But in those days one had the feeling: if you don’t like something you can get it off your chest frankly and in public. Perhaps something will be done about it; in any case, it will be a relief. Now one goes into the plant with a heavy heart because one is always afraid of saying a word too many and landing oneself in a spot. There is a dark cloud over one’s whole life."   alphahistory.com/nazigermany/industrial-workers-in-nazi-germany-1938/

It was verboten that anyone criticize him or the Nazis under threat of work camp or worse.  Children were indoctrinated  to "rat" on their parents if they heard any criticism.  They burned books.  He introduced MEFO bills, a credit note issued by a "Dummy" company created by Schacht (President of the Reichsbank).  This is fiat money by definition.

In a speech delivered on 29 November 1938, Schacht glowingly described the credit policy of the Reichsbank of which he was the author as

"It is possible that no bank of issue in peacetime carried on such a daring credit policy at the Reichsbank since the seizure of power by National Socialism. With the aid of this credit policy, however, Germany created an armament second to none, and this armament in turn made possible the results of our policy."

German rearmament began shortly after WWI ended.  Extensive evidence shows that the I.G. Farben company had been deeply involved in Germany's rearmament after World War I.

Beginning in 1922 as the Youth League of the Nazi Party and later renamed Hitler Youth was a paramilitary organization.  Mar 15, 1935 - Hitler orders military conscription in Germany.  (WWII started in 1939).  So with all the paramilitary, conscription and financing of rearmament, it's hard to believe war was not the objective.

No fewer than 42 assassination attempts on Hitler have been documented, so somebody wanted to kill him.  en.wikipedia.org/wiki/List_of_assassination_attempts_on_Adolf_Hitler

Comment by JoeG on December 2, 2019 at 3:24pm
He didn't oppress his people,
But I wouldn't have wanted to be his neighbor.
As a puppet of Rome, he caused the deaths of millions. Just like all the puppet leaders engaged in the wholesale slaughter of millions of innocent people.

He ended the equivalent of the fed (bank) in Germany, was anti-war, ended experimentation on animals, didn't decimate the Brits at Dunkirk, treated POWs and political prisoners humanely, didn't use fiat currency or sell his countrymen out to international finance, did not implement gun control, didn't use white phosphorus bombs or repeated incendiary bombing of areas like the Allies, and can someone please show me evidence of the "socialist" economic policies of the NSDAP govt? No?

Like Qaddafi and very much unlike the Allied leaders, and most all national leaders today, he rode around in an open-top car. Because no one wanted to kill him. Turned Germany around from the Weimar Republic to a manufacturing powerhouse where almost everyone had a good job, within a very few years. I fail to see the sinister aspects of Adolf Hitler. 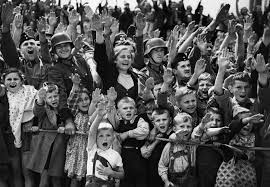 Comment by JoeG on December 2, 2019 at 12:28pm
Hitler was under the control of the Jesuits.
The Jesuits were thrown out of almost every country they were in. They have infiltrated those countries again, with great success.
Check out the Jesuit oath.

* An organizational structure is NOT the same as a worldview or philosophy.

Chris of the family Masters commented on Phyllis Maka's blog post PM SCOTT MORRISON IS A FRAUD - Abbey Louise
"He is also fraud being corporate stooge like all other poli-tick mates."
55 minutes ago

Old Denmark commented on Phyllis Maka's blog post Yesterday: Merkel begs Germans to have Oxford vaccine
"She should be jabbed with all 1.2 million of em vile pseudo Germanic piece of filth"
6 hours ago

Central Scrutinizer left a comment for jittery
"Glad ya made it here Jittery, enjoy the ride!!!"
8 hours ago

jittery is now a member of 12160 Social Network
8 hours ago
Welcome Them!